This small, wealthy group of business leaders and sports magnates is worth more than $30 billion. 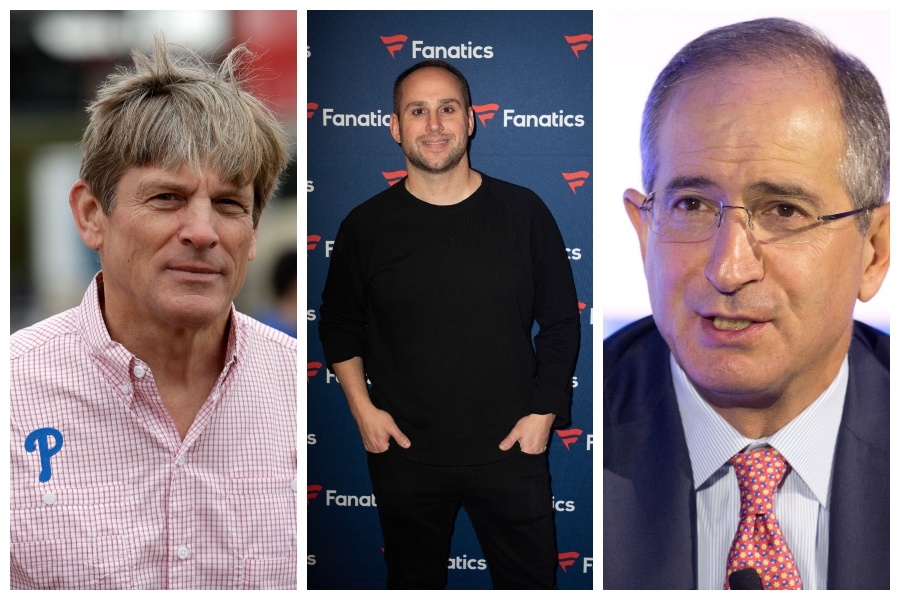 Forbes just released its accounting of the world’s billionaires for 2019, and 2,153 people made the cut. The number actually represents a decline, however: The list is down 55 billionaires from last year. Plus, the group collectively has less wealth than before. “A record 994, or 46 [percent], are poorer (relatively speaking) than they were last year,” Forbes wrote. In all, this year’s class of billionaires is worth $8.7 trillion, down $400 billion from 2018.

The downward trend resonates with some of the Philadelphia billionaires on the list, though most of them have only seen their fortune increase in the last two years. (Check out our story from 2017.) Here are this year’s Philly billionaires, and some of what Forbes had to say about their fortunes.

“Dick Yuengling, fifth-generation owner of D.G. Yuengling & Son, turned his family’s struggling brewery into one of America’s largest beer makers,” Forbes wrote. He bought out his father in 1985 when the company was producing 137,000 barrels each year. Now it pumps out about 2.8 million barrels annually, according to the publication.

From a former hippie to a billionaire tycoon, Richard Hayne took a small apparel shop near UPenn and turned it into a multi-billion dollar fashion chain. According to Forbes, “Urban Outfitters is a nationwide chain with more than 200 locations and over $3 billion in revenue.”

One explanation for Roberts’ growing fortune is that the Comcast CEO has “sole voting power over approximately a third of the company’s stock,” Forbes said. “Roberts became president [of Comcast] at age 31; nine years later, his father Ralph transferred the bulk of his voting shares in the company to his son.”

After winning last year’s super bowl, it is no wonder the owner of the Eagles, Jeffrey Lurie, has maintained a spot on the billionaire’s list. Forbes says, “The team is now worth $2.5 billion. Despite having to give up a stake in the Eagles during his 2012 divorce, [Lurie’s] 80% of the team still represents the bulk of his fortune.”

Sister to the aforementioned Bennett, Mary Alice Dorrance Malone ranks above her billionaire brother since she is the largest shareholder of the Campbell Soup Company. According to Forbes, “Their grandfather, John T. Dorrance Sr., invented the condensed-soup formula that transformed the company in 1897.”

The youngest billionaire on this list, Rubin is the majority owner and CEO of Kynetic, which is the parent company of e-commerce retailers Fanatics, Rue La La and ShopRunner, Forbes says. And he had an untraditional start: “After dropping out of Villanova University, Rubin started GSI Commerce, which he sold to eBay for $2.4 billion in 2011,” according to Forbes.

John Middleton amassed his fortune by “selling his family’s storied tobacco business to Philip Morris-parent Altria for $2.9 billion in cash in 2007,” wrote Forbes. Middleton also has a nearly 50 percent stake in the Philadelphia Phillies baseball team.”

Joshua Harris co-founded the private equity firm Apollo Global Management in 1990 with fellow billionaires Leon Black and Marc Rowan, according to Forbes. He oversees $269 billion in assets as senior managing director of Apollo.

Longtime business tycoon Ronald Perelman is a “consummate dealmaker” who made his fortune through a variety of channels, including candy and cosmetics, Forbes said. He’s a longtime shareholder of Revlon and is an owner of AM General, the publication wrote.