An estimated 400 Philadelphians will make their way to Austin next week to promote the city’s arts, entrepreneurship, and music scenes. 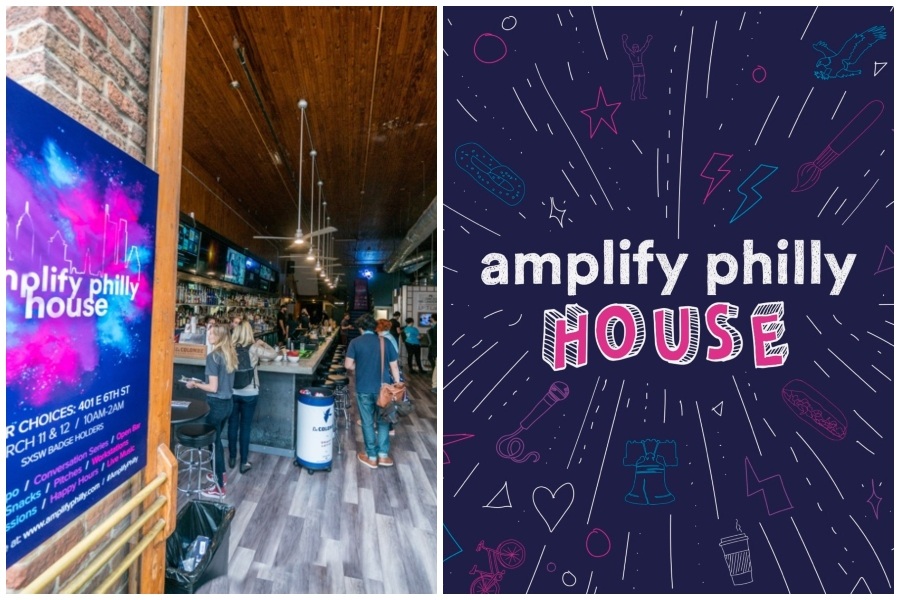 SXSW 2019 kicks off in exactly one week in Austin, and an estimated 400 Philadelphians will make the trip down to participate in one of the world’s largest conference-festivals. For Philly, 2019 represents the fourth year of the Amplify Philly initiative, which works to promote the city’s startup, tech, arts, and music communities through a combination of activations. After a successful SXSW 2018 (read more about it here), the organizations behind the initiative — Witty Gritty, REC Philly and Philly Startup Leaders — are stepping up their game for 2019.

One big facet of this year’s plan is the team’s decision to bring back the Amplify Philly House for its second year. This time around, though, programming and events at the house will run for a total of three full days and nights as opposed to two, beginning Saturday, March 9 through Monday, March 11.

“Last year we learned that we should double down on the house,” REC Philly co-founder Dave Silver told Philadelphia magazine on Thursday. “We didn’t initially realize how strong the impact would be, but it allowed us to curate our experience and programming all in one place. People knew where to find us.”

In an effort to create a central hub for Philadelphia, amidst the thousands of sessions and activations at SXSW, Amplify Philly will again take over the two-story restaurant Pour Choices on 6th street, which stands at one of the busiest corners of the conference.

The house will feature almost 50 hours of Philly-focused programming. And unlike last year, six of the panels will be official SXSW panels, providing more opportunities for conference goers to discover the Philly house. A whopping 24 Philly leaders are official SXSW speakers this year.

“2018 was our stepping stone year. That’s when we got our foot in the door,” Witty Gritty CEO Michelle Freeman told Philadelphia magazine. “This year we’re able to do things differently because we raised more money and engaged more sponsors. I think our tipping point will be 2020 or 2021.”

The team isn’t willing to disclose how much it raised this year, but Silver says they pooled enough funds to cover expenses that “were triple this year.” Amplify Philly brought in more than 40 sponsors, up from last year’s total of 24. In the first year, the group had only a dozen sponsors, according to Silver.

“The organizations are diverse,” Silver said. “From corporations to local startups and designers who want to contribute.”

Whether the organizations are donating cash or in-kind support, the donations will fund everything from the food and drinks at the Amplify Philly house to the music acts and production costs.

And SXSW wouldn’t be the behemoth that it is without music and high production. Programming at the house will showcase Philadelphia’s creative talent through three nights of live music and DJs. More than 20 artists are booked to perform, Silver told me.

On March 9th, the house will host a “Philly Loves Philly event, presented by Flygirrl, with a performance by Rich Medina. On March 10th, DJ Aktiv and DJ Jazzy Jeff will host the signature “Amplify Philly House Party.” And on the final night, the Amplify Philly music showcase presented by WXPN will feature seven Philly-based musicians, including Foxtrot & the Get Down, GREAT TIME, Ali Awan and Killiam Shakespeare.

More 75,000 people attended SXSW in 2018, and 102 countries were represented across the conference’s sessions and trade show. With the sheer magnitude of the event only growing, the Amplify Philly team says SXSW is still the right stage for Philly to continue to share its story.

“It really is Philly’s moment right now,” Silver said. “This is our chance to highlight all of the great things happening across the city on an international level, to keep Philly top of mind for everyone.”