SXSW Day 2: How Philly Stands Out at the Trade Show

Austin's convention center is packed with cutting-edge technology from all over the world. Here's how Philly entrepreneurs get noticed among hundreds of exhibitors. 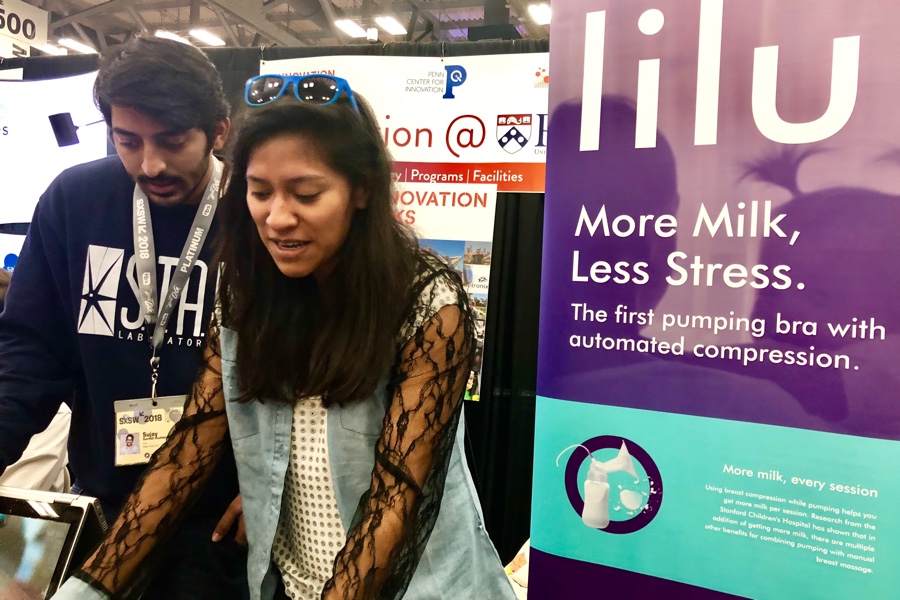 In 2017, an estimated 74,519 people stopped by the legendary SXSW trade show, the place where some of the world’s most cutting-edge innovations are debuted. A whopping 622 trade show spaces were spread out across the Austin Convention Center last year, and for 2018, the conference has promised even greater participation.

While most Philly startups opted to exhibit at the Amplify Philly house this year, one Philly team chose to maintain its presence on the busy trade show floor. That team was the University of Pennsylvania, which branded itself as “Innovation @ Penn” for the mega conference. On day two of SXSW, I traveled to the Austin Convention Center to get a sense of how Penn, among hundreds of exhibitors from around the world, made a name for itself on the trade show floor.

As I made my way to booth no. 740 where Penn camped out, I was bombarded with sounds and sights that I couldn’t ignore. Here’s some of what I saw on my winding path: 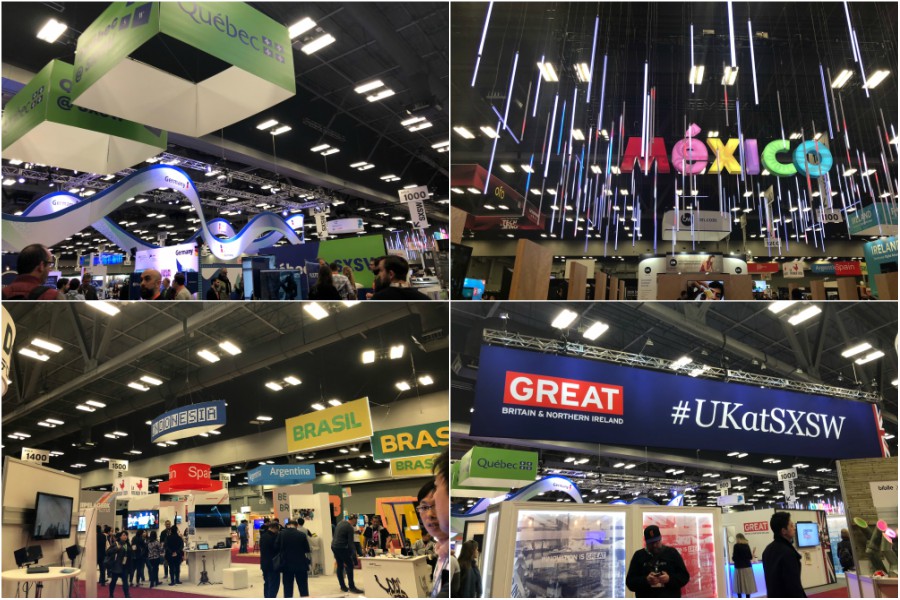 Some scenes from the #SXSW trade show. First up, the dancing @KUKA_RoboticsUS robot. Listen closely, and you’ll hear a Kuka rep explain to BizPhilly that the robot’s seamless dance moves aren’t the only thing it’s good at. pic.twitter.com/hd8zNA75wG

Spotted on the #SXSW trade show floor: THE @blackmirror “monkey needs a hug” stuffed animal! Do you hear it telling me to get closer? You’re cute and all but, no thank you! pic.twitter.com/OLd3bwFf8i

From the #SXSW trade show: Who’s afraid of AI? @YamahaMusicUSA says you shouldn’t be. The team invited BizPhilly to play a live duet with an AI partner. pic.twitter.com/KBVpLOTIIv

The world’s largest dockless bike-sharing platform started in China in 2014 and is taking over US cities. Philly could be next, an @ofo_bicycle rep told BizPhilly on the #SXSW trade show floor. Benefits of dockless system: Available to all city neighborhoods; LOTS of data, etc. pic.twitter.com/TVHakwLjm0

When I got to Penn’s station, there were no dancing or talking robots or crowds of people standing around with smartphones recording food teleportation.

Instead, the university’s table was surrounded by its entrepreneurs who were eager to share stories about how their startups came into being. 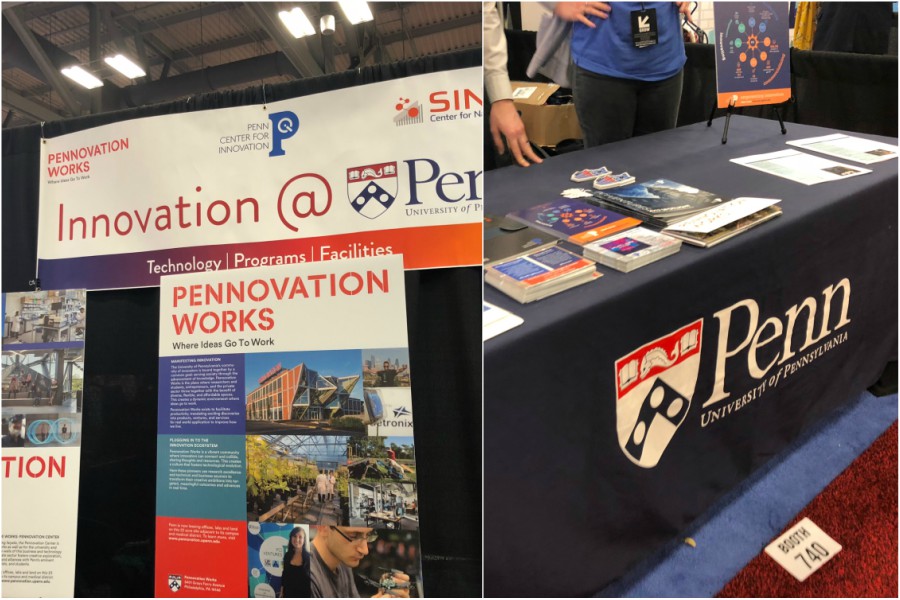 Lilu co-founder and CEO Adriana C. Vazquez had her product lined across the table. Her company created a pumping bra that automates compression and breast massage for hands-free breast pumping. When I touched the underside of the bra while it was in action, it massaged my hand in a suction like motion. 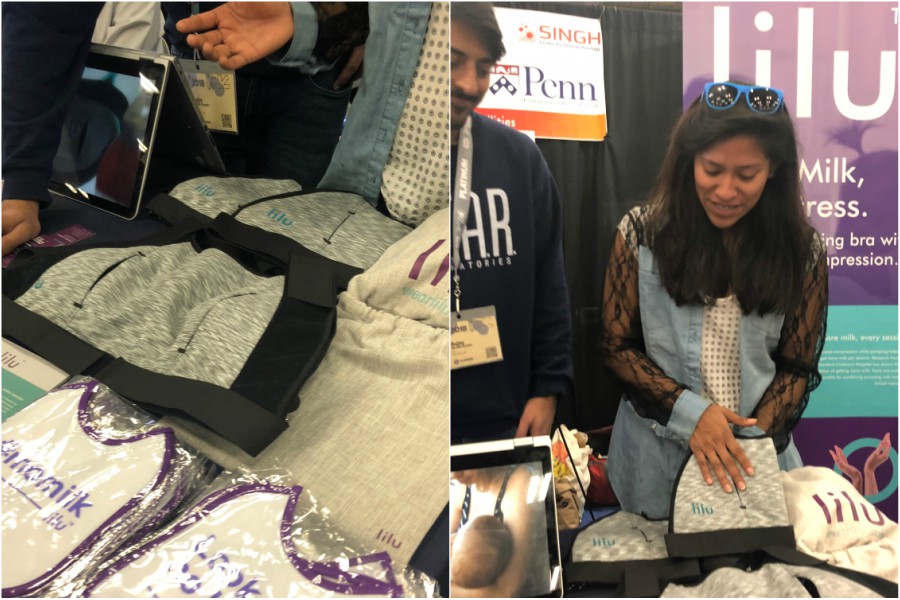 Penn bioengineering PhD student Justin Burrell was there to represent the startup Innervace founded by Penn medical school professor D. Kacy Cullen. The company is the latest to join Pennovation and is using neuromodulation devices to treat neurological deficits for patients with Parkinson’s disease, epilepsy, spinal cord injury, loss-of-limb and even complete paralysis. 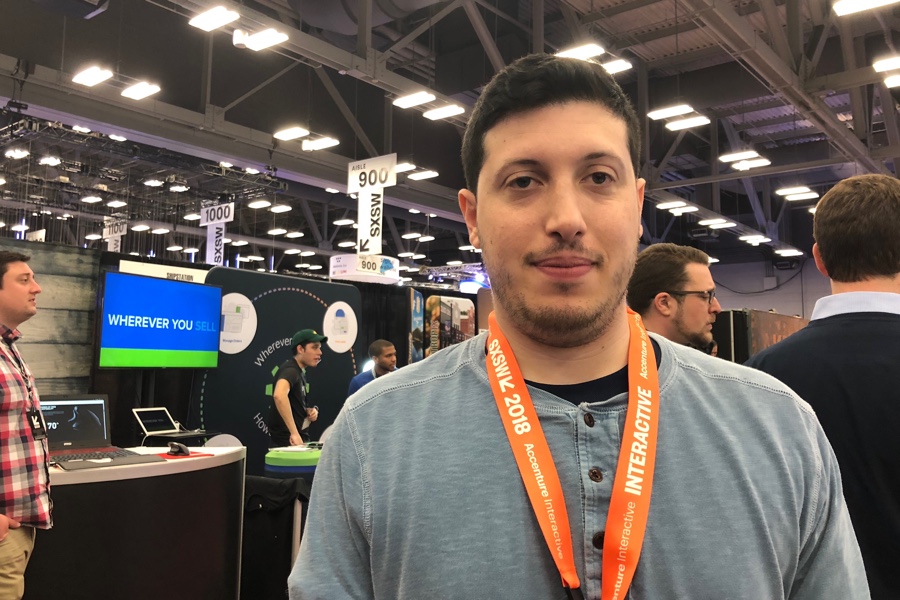 What seemed to distinguish Penn from many of the hundreds of other exhibitors was the mission-oriented approach of all the startup founders it organized on the trade show floor.

Attendees gravitated to table for these kinds of stories, Actman said. And many of the connections made on the trade show floor were with corporations poking around and scouting to find their next startup partnership.

Joe Sullivan, the co-founder of Pennovation-based Aerial Applications — which uses AI and drones to digitally map infrastructure — ran into FEMA’s deputy director and struck up a connection for a possible disaster recovery partnership. Comcast has previously used the company’s 2D mapping and 3D aerial modeling after various natural disasters to manage its cable infrastructure.

Other scenes from day two at SXSW

The Amplify Philly house completed its SXSW 2018 with a second fully day of programming. Panel discussions addressed Philadelphia and Austin as smart cities and the connection between entertainment and tech, among other things.

La Colombe founder and CEO Todd Carmichael chatted with rapper Chill Moody about entrepreneurship and their shared duty to “do what’s right.”

Outside of the Amplify Philly house on day two, Philadelphians took part in SXSW’s Cities Summit track, a convening where civic leaders came together to discuss how cities can be more “equitable, resilient and liveable.”

'For more than a generation women had not been involved in any way in developing cities. All had been developed by white men. But women navigate cities more.'#CitiesatSXSW #PhillyPhilly@WomenLedCities pic.twitter.com/WZHcLAfbSd

The evening ended with an Amplify Philly music showcase featuring some of Philly’s top acts like Low Cut Connie and Hardwork Movement.