The Phillies slugger-turned-angel investor talks about getting into sports gambling, why the future of broadcasting is actually “shoutcasting,” and the best advice Jim Thome ever gave him. 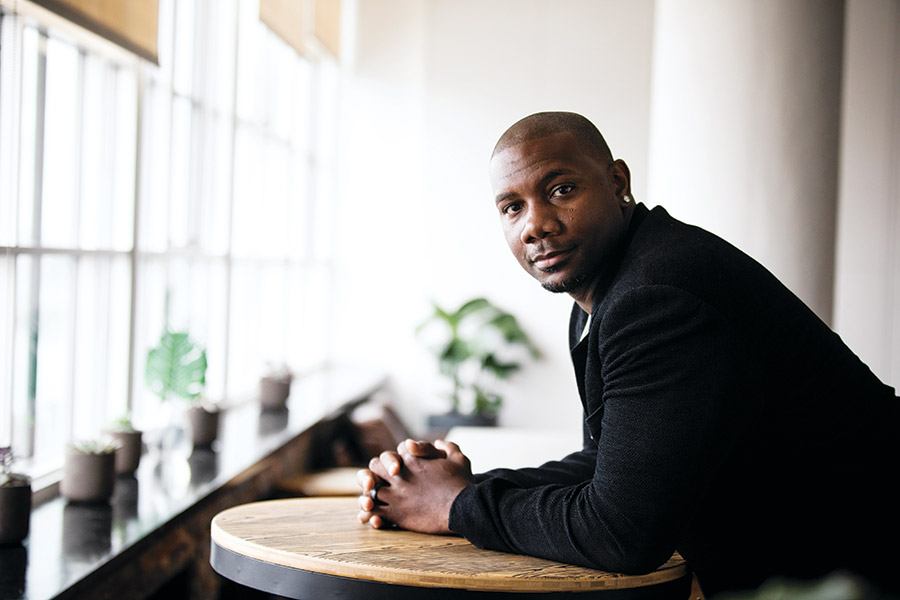 Ryan Howard will always be known in these parts as the Bunyanesque first baseman and cleanup hitter for the 2008 World Champion Philadelphia Phillies. But now the Big Piece, 38, is winning raves as a key partner at Conshohocken’s SeventySix Capital, the venture capital firm of Wayne Kimmel and Jon Powell, where he’s made his interests — and net worth — felt by backing a number of sports and sports tech start-ups. His VC CV includes Premier League soccer squad Crystal Palace, Philly e-sports incubator N3rd Street Gamers, sports gambling info service VSiN, real-time basketball analytics provider ShotTracker, and more. After officially retiring from baseball in September, Howard chatted about the kinds of pitches he gets now.

Three words that describe me as a child are … fun, outgoing and busy. I was pretty busy playing whatever sport I could play.

I wanted to grow up to be … a major league baseball player.

I first became interested in venture capital … in 2015. A lot of it came from watching CNN and CNBC and knowing that I was toward the end of my career and figuring out what I wanted to do in terms of transitioning out of baseball.

I was attracted to venture capital because … I like being able to work and talk with entrepreneurs. I saw a lot of myself in them in terms of what it is they try to do. It’s about going out there and doing something to help change the world for the better. Being able to realize my dream of playing baseball put me in a great place to be able to help them.

Some companies I’ve invested in who are changing the world are … on the e-sports side of things, N3rd Street Gamers right there in Philadelphia. ShotTracker out of Kansas City has been doing that. We’ve also gotten in on the broadcasting side with Play by Play Sports Broadcasting Camps. As e-sports continues to develop, we’re going to see the world of broadcasting develop along with that. The kids, the future broadcasters in our camps, will start to change the mold of the broadcaster — they’re called “shoutcasters” in e-sports — and I think that’s going to definitely change how we think of broadcasting in the future.

A sportscaster I grew up idolizing is … in St. Louis, we had Jack Buck for the Cardinals. And then you always had the Cardinals-Cubs rivalry, so you had Harry Caray. And I was blessed having Harry Kalas call games when I was playing in Philly.

The number one thing that attracts me to an investment is … obviously, the opportunity, but after that, it’s the person. Our motto is that we want to work with smart, nice individuals who are looking to change the world. Their attitude, their character and who they are go hand-in-hand with what the business opportunity could potentially be.

The habit from my sports career that I use most in my current role is … my tenacity. I definitely use my tenacity and competitiveness.

One thing I’m better at now than when I was younger is … I’m probably a little bit more patient. Back then, I was always one to just go, go, go, wanting things to happen pretty fast. Now, I slow down and take my time a little bit more.

SeventySix Capital partners Wayne Kimmel and Jon Powell’s pitch to me … really wasn’t a pitch. It was more like us getting to know each other, our families getting to know each other. It wasn’t one of those things where it’s like, “Hey, I want to come join you guys” and then the next day we were all joined up. It was a process, being able to get to the point where we all felt like, “Hey, we’re compatible. We’re all looking for the same thing,” and having it mesh and grow.

The coolest thing in my office is … a picture of President Obama, myself and Prince Fielder in the clubhouse right before the 2009 All-Star Game in St. Louis.

The best career advice I ever got is … Stay even-keeled. And never give up on your dreams. The second part came from my parents. The “stay even-keeled” advice came from Jim Thome.

I’m drawn to sports tech because … as an athlete, you want to be as efficient as possible. With a lot of sports tech, it’s about being more efficient with whatever it is that you’re trying to do.

An investment that really excites me lately is … VSiN — Vegas Stats and Information Network — in the sports betting world. I’ve gotten to follow and learn about what they do, because I was one of those people who didn’t really know a whole lot about it. I’m impressed with how they go about their business, how they create content and strive to bring knowledge to both those who are in the know about sports betting and those who aren’t.

The current image on my cell-phone lock screen is … a picture of my kids, Darian [17], Alexandria [one] and Ariana [three].

To blow off steam, I … watch college football.

I root for… So, my situation is complex. My older brother used to work at LSU, so I’m a little partial to LSU. My parents grew up in Birmingham, so I have a little bit of loyalty to Alabama. And also Georgia. So, three SEC schools makes sure I have all the sides covered. I know it’s tough to hear in a Penn State world.

When I’m stuck on an investment decision … I remember that it’s good to have partners. We can all get together, give our opinions, and pick it apart and agree to go in or turn it down.

Published as “I Love My Job: Ryan Howard On Second Acts” in the November 2018 issue of Philadelphia magazine.