In a new survey, Philadelphians report a mix of satisfaction and dissatisfaction with traveling to work. Overall, though, there’s room for employers to do more to ease the burdens that come with commuting to work, the study shows. 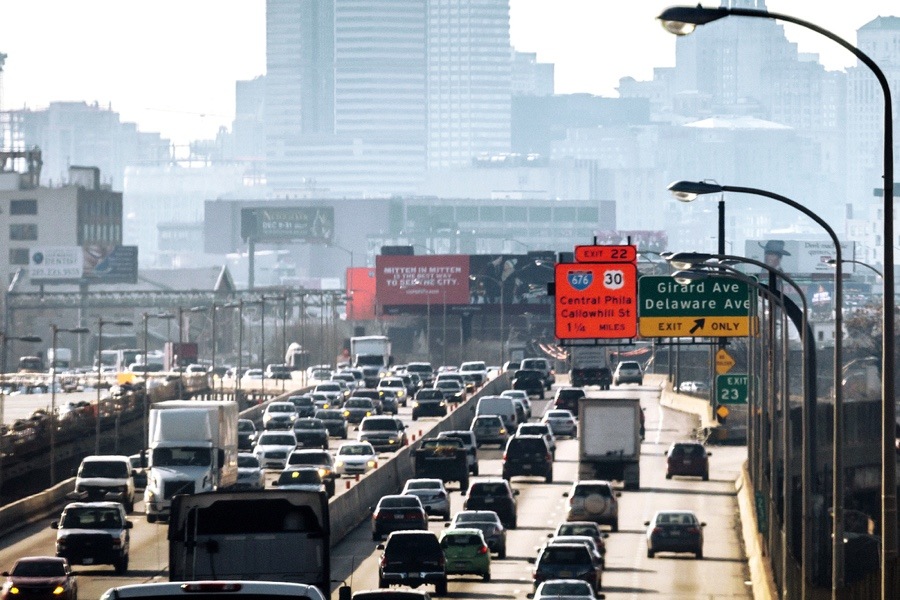 18 percent of Philly workers report that they’ve left a job because of a bad commute. iStock | peeterv

Everyone has experienced a bad commute to work. Whether you’ve been stuck on the Schuylkill Expressway or delayed on the El, long and physically draining commutes to the office can be downright frustrating. But what about when your commute is so horrible that it leads you to quit your job?

According to a new study, 18 percent of Philadelphians reported leaving their job in the past because of an unduly long or stressful experience getting to work.

Staffing firm Robert Half surveyed Philly workers to determine how they feel about how they get to work each day. While 18 percent reported leaving a job behind because of their commute, another 18 percent of workers said their commutes have gotten worse over the last five years.

Additionally, 72 percent of respondents who believe their commute times have gotten worse said their employers have done nothing to help.

Employers Must Do More

Christine Endres, regional vice president for Robert Half in Philadelphia, told Philly Mag that employers can and should do more to ease the burden of long commutes. And it all starts with communication.

“Keep a close tab on the employee base. Continually have conversations about key issues and survey the office about what benefits might help alleviate potential issues like a bad commute,” she said. It’s important to understand how the issue uniquely plays out in your office with your own employees.

Then, once you’ve surveyed your team, creating a system of commuter benefits for employees can be crucial. Benefits like company-sponsored van or carpool services and discounted or reimbursed bus and train passes can help lessen frustrations over commute times.

And, as BizPhilly has reported, telecommuting jobs are on the rise in Pennsylvania. Opening up a telecommuting option for employees can make all the difference on some days.

“With the advancements in technology, many tasks can be completed from remote locations. Having the ability to work from home is a tremendous benefit that companies can offer to help alleviate a bad commute,” she said.

Before You Quit, Try These Things

Robert Half notes that the amount of time spent in the car or on the train isn’t the sole reason people decide to ditch their jobs in favor of an easier commute, however.

High-stress commutes don’t have to be particularly long, but they can cause people to leave their jobs. Employees in Philadelphia, and elsewhere, might leave because of a bad commute’s impact on work-life balance and even their health, Endres said.

For workers, there are ways to take action that don’t include quitting.

To start, if your drive or commute is taking up too much of your day, approach your manager about a flexible schedule that would allow you to work different hours, Endres suggests. Going in earlier or leaving later can help you avoid peak traffic times in the morning or evening.

And if traffic is too bad, opting for public transportation or carpooling with a coworker can positively change a commute time or your stress levels.

For those workers who just can’t avoid the long commute, there are strategies to make things more bearable.

Use the time to prepare for or unwind from the day, Endres suggests. Thinking about the day ahead or recapping the day that just occurred is good for productivity and planning. Relaxing music can also help take your mind off how long your train ride might be.

The survey’s findings about commutes isn’t all bad, however. Philly is below the national average (23 percent) when it comes to workers who reported leaving a job because of a bad commute.

And while 18 percent of people thought Philly commute times were getting worse, 35 percent said theirs had gotten better within the last five years. Endres believes this is a result of more employers stepping in to help workers manage their commutes and improve office culture overall.

“Bad commutes can impact morale and ultimately productivity in the office,” she said. “Employers [must continue to] step up their benefits.”