In its seventh year, the low-cost service is still narrowing the digital divide for its low-income subscribers. 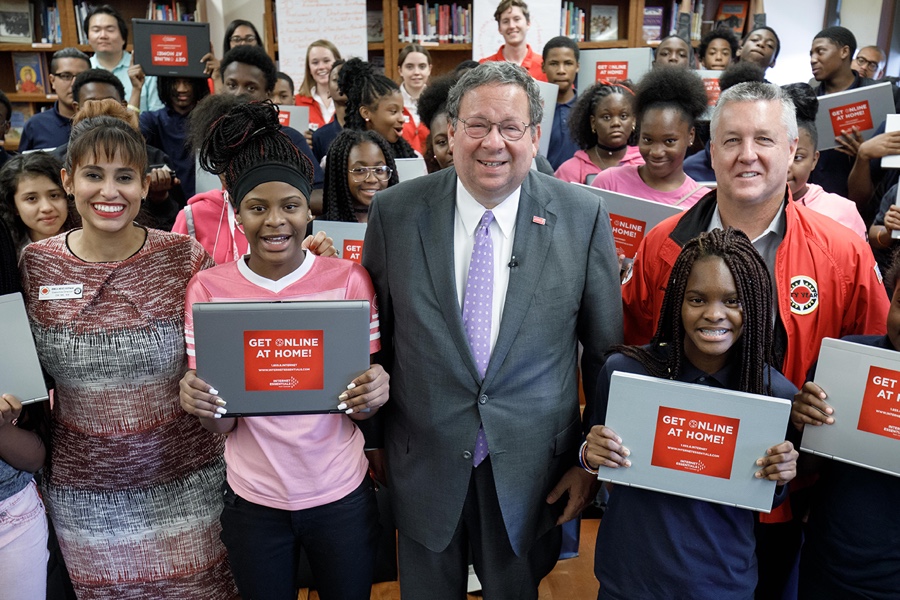 Comcast has now helped more than six million low-income Americans cross the digital divide through its Internet Essentials program, the company announced on Monday, connecting more than two million people in the past year alone.

Internet Essentials was created in 2011 as a high-speed internet adoption program for low-income Americans to narrow the digital divide. According to the U.S. Census Bureau’s 2016 American Community Survey, only 63 percent of households with an annual income of less than $35,000 subscribe to broadband at home, while 81 percent of all U.S. households do.

The program provides Internet service for $9.95 a month plus tax, and subscribers have the option to purchase an Internet-ready computer for under $150. They’re also given access to free digital literacy training in print, online, and in-person.

This past year’s growth represents the largest annual increase in subscribers since the program started. Comcast credits the surge to its mobile application, which now accounts for more than a third of all enrollments.

“This program has had an enormous impact on millions of families and children who now have high-speed Internet at home, many for the first time in their lives,” said David L. Cohen, Comcast senior executive vice president and chief diversity officer in a statement. “Veterans have stood up for our country; now it’s time for us to stand up for them by providing access to life-changing digital tools and resources.”

U.S. Olympic gold medalists Jocelyne Lamoureux-Davidson and Monique Lamoureux-Morando were recently named as ambassadors and spokespeople for Comcast’s corporate values initiatives and will join Cohen on a multi-city tour to spread the word about the Internet Essentials.

Isabel Soisson is an intern at Philadelphia Magazine. Additional reporting by Fabiola Cineas.