These business leaders say there’s much to gain from sitting down for an hour or several to unwind and catching up on television programming. 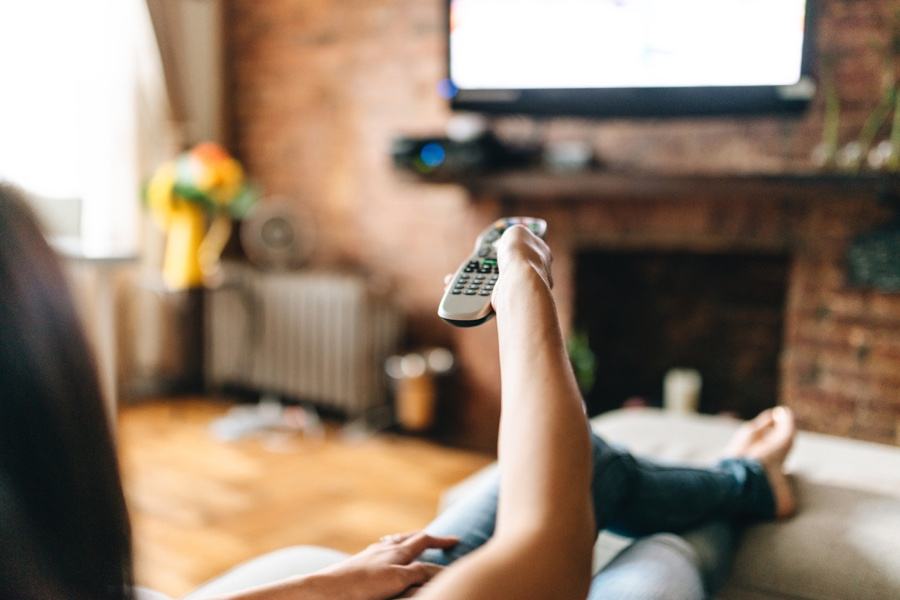 We’ve explored the books, podcasts and music that Philadelphia business leaders like to read and listen to, but what about what they’re watching? It turns out that Philly CEOs are just like us — they see no shame in sitting down for an hour or several to catch up on the latest that TV has to offer. Eight CEOs told us what they’re binge-watching right now and why.

TV is an escapism for me, so I mostly like to watch sci-fi and fantasy [shows]. The last thing I binge-watched was the BBC show Jonathan Strange & Mr. Norrell. The most remarkable show I’ve seen of late is the Netflix original On My Block, and I cannot wait to watch the second season of Luke Cage. I prefer Netflix for binging because there’s variety. They make decent suggestions on similar shows, and they have some good original programming.

The ability to binge-watch is super fascinating, particularly being able to watch a few episodes, an entire season, or multiple seasons in a short period of time. Now that Comcast is connected to the streaming services, I pretty much watch everything through that, especially 13 Reasons Why, Dear White People, and Billions. It’s definitely an efficient way to enjoy your favorite shows very quickly.

Some of the shows that I’ve binge-watched have been The Americans, 13 Reasons Why, and Billions. I think binge-watching TV shows for an entrepreneur can be an amazing meditative exercise; it allows you to not think about anything else. For entrepreneurs, it’s hard to switch off sometimes, so binge-watching a great show is a great way to free your mind and get wrapped into a show. I like to pick shows that have interesting subject matter and can teach me something I don’t know. The Americans is a gripping drama about Russian spies living in the U.S. during the Cold War-era, but it’s also an educational piece. 13 Reasons Why gives you a great perspective on different age brackets of people, and it does a great job of speaking to some of the issues kids deal with in high school. And Billions is just a brilliantly acted and written drama that, although is somewhat unrealistic, is like watching an amazing chess game being played at a high stakes situation.

I am absolutely crazy about binge-watching. In fact, I just discovered binge-watching about five years ago. At that time, I watched the Hallmark Channel, and that’s all I knew. Now I watch everything, especially Queen Sugar on OWN TV. I tell my husband it’s time for me to “dummy down,” and he knows that means it’s time for me to put on my relaxing clothes and think about nothing but what I am watching on TV. Business people need to unwind! We are tight. No better way to loosen up than to binge-watch.

I just binge-watched the current season of Silicon Valley. Even though Philly is 3,000 miles from San Francisco, the startup experience is remarkably similar. The show completely hits the mark on everything from fundraising to recruiting to the technology. The “Not Hotdog” episodes felt like they were ripped from my company, Slyce. We do image recognition for retailers, Not Hotdog for Products! I watched Silicon Valley on HBO, but [my wife and I] binge shows on every streaming service — Hulu, Netflix, and Amazon. We even have the FX, AMC, and Disney apps installed! With binge-watching, though, I’ve been watching a lot less movies. My wife and I have a backlog of shows we want to see, and we’ll always default to binge-watching them versus paying for an on-demand movie rental.

I’m currently watching Arrested Development on Netflix. This is my seventh time watching the first three seasons, and I’m looking forward to watching the recent re-cut of season four, and the brand new fifth season. I’m watching it with my girlfriend, who has never seen the show before, so it’s fun to see her reactions. When people find out that I’m watching the same show for the seventh time, they often ask questions like, “Why don’t you try something new?” or “Could you please turn off your iPad and pay attention during the board meeting?” These are all valid points of view.

I’m binging on old episodes of The Office with my son on Xfinity on Demand. We last binged Stranger Things on Netflix. The ability to binge is fantastic. I like that you can get into a show and see the whole thing when you’re ready. It’s interesting to watch the cultural shifts as technology advances. Now, shows are more like movies — it’s about if you’ve watched, not when. It also completely changes the models for content creators. The shift from ad-supported to paid shows is forcing historic content creators to evolve. Producers now have to change how and where they interact with customers.

The art of television these days is so outstanding, so satisfying that it’s not surprising that viewers like to binge-watch. Thanks to on-demand and streaming services, being able to catch up on your favorite programs in a sitting is hugely convenient, especially if you’re not a regular TV watcher like me. For me, though, binge-watching is really a shared experience with my family. Otherwise I would be binge-reading books, newspapers and magazines. I’m currently binge-watching two things: The first is cable news, which I binge-watch with my husband. We’re obsessed with the state of affairs of the country and watching cable news every night is like slowing down to watch an accident on the Schuylkill — only in the Whitehouse. It’s the gapers’ delay that has taken over my marriage. So, if you came to our house on most nights, you’d hear us screaming at CNN and MSNBC on the TV screen. The second is Bob’s Burgers, which I binge-watch with my daughter. Unlike most cartoons, which are either too juvenile or too obscene, Bob’s Burgers is great viewing for the entire family. My family has watched virtually every episode.