Here's what local CEOs and executives are digging into this year. 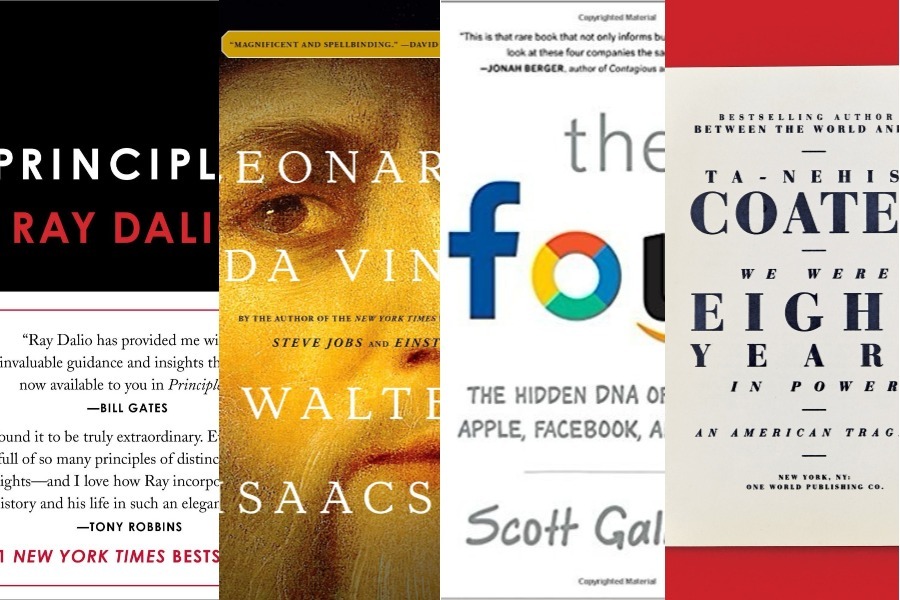 If you’re looking to expand your reading list for the year, Philly business leaders have got you covered. We asked local CEOs and executives to share their must-reads for 2018. Here’s what they said:

Geoff Gross, Medical Guardian
Tribe of Mentors: Short Life Advice from the Best in the World by Tim Ferriss. I’m always compelled to learn how top performers in every field have been able to build tremendous teams through innovation and have seen great success in doing so throughout their organization.

Meryl Levitz, Visit Philadelphia
I just cracked open The Undoing Project by Michael Lewis. I read lots of his books (Moneyball, The Big Short, The Blind Side, Liar’s Poker, etc.). I also want to read the new book, Manhattan Beach by Jennifer Egan and The Trespasser by Tana French. I plan to read another book by Donna Tartt, but haven’t decided which one, because I loved The Goldfinch so much.

Harold T. Epps, Philadelphia Department of Commerce
The two books on my radar for 2018 are We Were Eight Years in Power: An American Tragedy by Ta-Nehisi Coates and The Presidents Club: Inside the World’s Most Exclusive Fraternity by Nancy Gibbs & Michael Duffy. In our current political times, I think an appreciation for and understanding of the transfer of power at the highest levels is extremely important. I look forward to reading The Presidents Club, which explores the relationships that exist amongst U.S. presidents. On a personal note, as an African American man who grew up during the era of segregation, I am intrigued by Ta-Nehisi Coates and his insight as a young, black intellectual.

Matthew Abraham, Westchester Environmental LLC
The books on my radar are The Art of Risk by Kayt Sukel and Mindshift by Barbara Oakley.

Jamie Maatkare Bracey, Temple University
I plan to read In the Shallows: What the Internet is doing to our minds by Nicholas Carr.

Thomas A. Kingsbury, Burlington Stores Inc.
The books on my radar are Principles by Ray Dalio, Shoe Dog by Phil Knight, Thank You for Being Late by Thomas Friedman, and Leonardo Da Vinci by Walter Isaacson.

Kate Marlys, Philly PR Girl
I was given In the Company of Women: Inspiration and Advice from Over 100 Makers, Artists, and Entrepreneurs by Grace Bonney and like most busy people, I haven’t had the chance to read it yet.  But this year I’m making time! As a woman entrepreneur our biggest supporters and influencers tend to be other women.  I’m excited to read this book because I find that often the most inspiration can come from someone in a different field and background.  This book features  100 women across all industries, ages, ethnicities, religions, sexual preferences, and more.

Richard Vague, Gabriel Investments
I’m always on the prowl for great new books since I run a non-fiction book blog.

Maxine Gowen, Trevana Inc.
A few books I plan to read are Drown, by Junot Diaz, The Mirror and the Light by Hilary Mantel, This Could Hurt by Jillian Medoff, and The Afterlives by Thomas Pierce.

I’m looking forward to reading those three because I’d like to get great insights on entrepreneurship and impact from partners of ours.

Alan Miller, Universal Health Services
I am fond of all the books by legendary basketball player and beloved coach John Wooden. Among my favorites is Wooden: A Lifetime of Observations and Reflections On and Off the Court.

Marc Brownstein, Brownstein Group
Principles by Ray Dalio and The Four: The Hidden DNA of Amazon, Apple, Facebook and Google by Scott Galloway. I prefer reading non-fiction/business books over fiction books, and I think that these books are on the leading edge of where business is going.