The entrepreneur behind "Super Coffee" eventually put off school to launch the product. 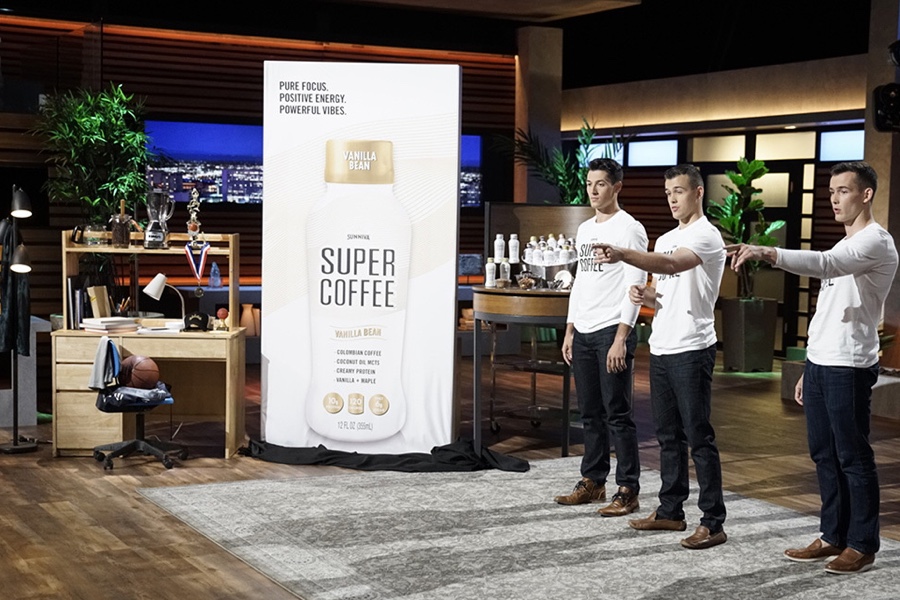 When Jordan DeCicco was a point guard for the former Philadelphia University men’s basketball team, he concocted Super Coffee as an alternative to sugary energy drinks, and now the product will have its turn on Shark Tank this weekend.

The protein drink is made up of a unique blend ingredients that includes organic Colombian coffee, lactose-free protein and healthy fats like coconut. DeCicco said he created the product to change the way his classmates and teammates relied on sugary bottles of coffee and energy drinks throughout the day between class and practice.

He ended up dropping out of college after selling the drink to friends and classmates around campus. The entrepreneur later convinced his brothers Jim and Jake to launch a company with him, and it’s been two years since.

“My little brother, Jordan, refused to settle for the norm. He wanted healthy, delicious energy that worked for him, and he had the courage to create it,” said Jim DeCicco, the oldest of the three brothers. “Super Coffee is designed for ambitious creators who are always on. It’s for the achiever who strives to be better every day on the court or in the classroom or at the office.”

The teams says its ingredients like coconut oil differentiate it from other energy drinks on the market.

“Coconut Oil has become one of the most popular ‘superfoods’ for its potent good fats, the elusive MCTs (Medium Chain Triglyceride),” said Jake DeCicco, the middle brother. “Research shows America’s food paradigm shifting from a tolerance for carbs and sugars to healthy fats and proteins, and Super Coffee is at the forefront of this movement.” Right now the product comes in vanilla bean and maple flavor and is sold on Amazon and in retail stores like Wegmans, Whole Foods, WaWa and Acme between New York and Washington, D.C.

The trio will appear on Shark Tank this Sunday, seeking a $400,000 investment in their company Sunniva in return for a five-percent stake. We’ll be watching to see if any of the five sharks bite.