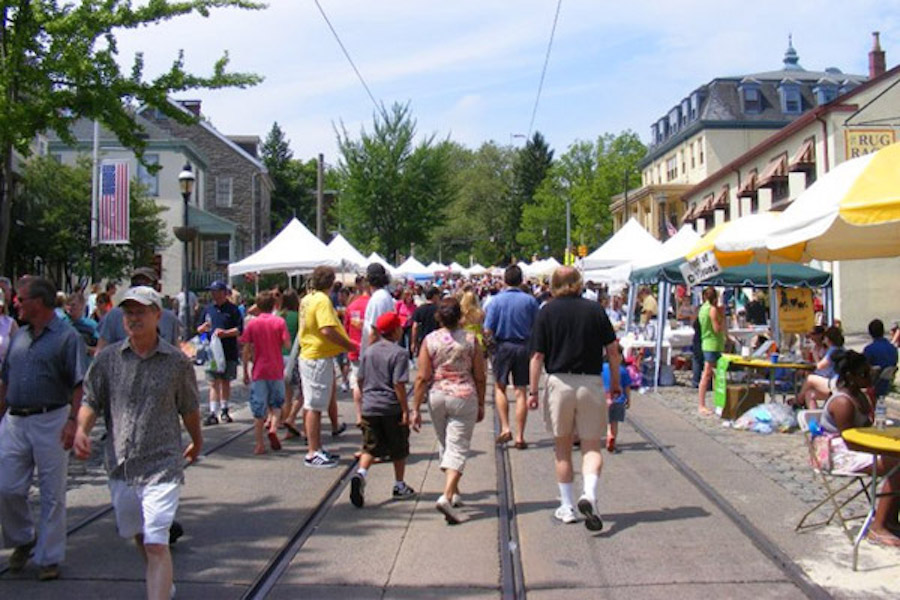 Chestnut Hill as edge city? While that may sound as farfetched as the notion of Chestnut Hill as East Passyunk, it may actually have some basis in fact, according to a recently released economic impact study.

The first “Annual Economic Impact Snapshot,” performed by Econsult Solutions for a consortium of ten nonprofit organizations based in Chestnut Hill, found that between direct spending and indirect activity, the organizations added $482 million in value to the five-county Southeastern Pennsylvania region in 2017.

The ten institutions who generate all these benefits offer a range of services and experiences. Three of them provide education: Chestnut Hill College, Norwood-Fontbonne Academy and Springside Chestnut Hill Academy. One offers health care: Chestnut Hill Hospital. The Woodmere Art Museum showcases art by Philadelphia-area artists, and the Chestnut Hill Conservancy preserves the community’s history along with its architectural and natural heritage. Two organizations, the Morris Arboretum and the Friends of the Wissahickon, support its natural resources, and the Philadelphia Cricket Club offers sports and recreational facilities. Finally, the Chestnut Hill Business District (a business improvement district, or BID) promotes the neighborhood’s commercial heart and sponsors events that tie all the local institutions together.

Not bad for a constellation of mostly small organizations. Chestnut Hill Hospital, the largest of them, employs 300 people.

According to Chestnut Hill Hospital CEO John Cacciamini, the organizations that commissioned this study began to talk about four years ago about the common challenges they faced in a competitive environment for nonprofits. “Most of the conversations were about the things putting pressure on us, the things we needed to come together on politically, but we also decided that we needed to know what the economic landscape was like for all of us.”

The reason for the study: Having hard economic impact numbers would help all ten institutions compete more effectively for grant funding. “Something like this would be useful in applying for grants,” Cacciamini said. “Especially when you consider that the cost of the study is being split ten ways.”

“This is something every donor to every organization in Chestnut Hill should be proud of,” said Bill Valerio, director and CEO of the Woodmere Art Museum. “The wellness and the beauty our activities bring should be valuable in and of themselves, but $500 million in economic impact is nothing to sneeze at.”

And while the $500 million figure is a little higher than the one that appears in the report, it may actually understate Chestnut Hill’s economic impact, for the figure does not include money spent by people who come to Chestnut Hill simply to shop in the Business District’s member shops and restaurants. The BID’s economic impact as measured in the study comes from special events it sponsors and co-sponsors, such as the annual Garden Festival in the spring and Harry Potter Weekend in the fall – an event that encompasses just about all ten institutions. “There’s still room to ask what economic impact the businesses themselves have on the region,” Valerio said. 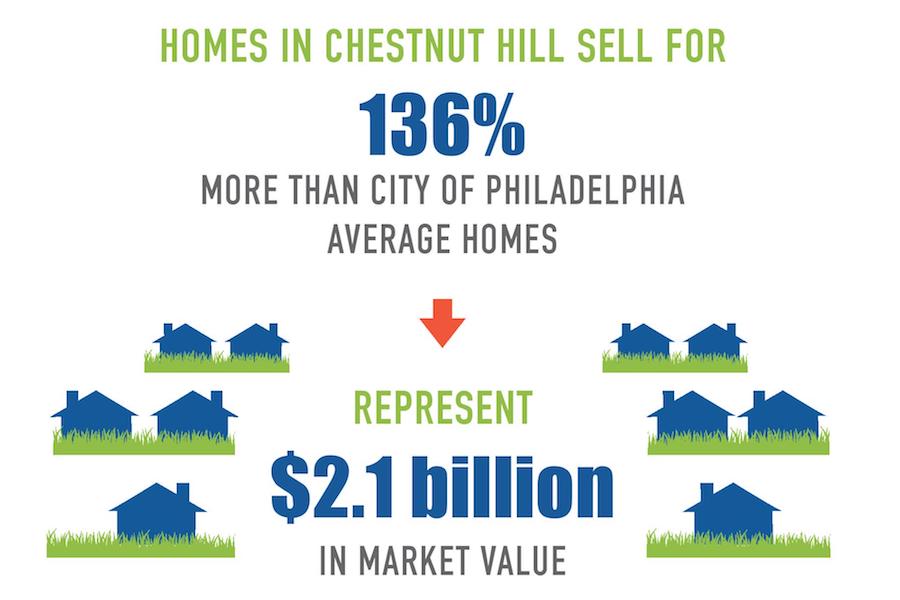 The hub for parts of two counties

Something else the institutions learned in the study is that the neighborhood has become a hub for many residents of adjacent areas in Montgomery County as well as Northwest Philadelphia.

Both Valerio and Cacciamini stressed that the activities and services the ten institutions provide are geared towards a wide and diverse audience. Valerio gave Woodmere’s jazz concert series, curated by Warren Ory of the Arpeggio Jazz Ensemble, as an example of how Chestnut Hill’s institutions, like its business district, have shed their bluebloods-only reputation.

“When I came to Woodmere seven years ago, it was a mostly white audience coming to the museum, and I thought that was wrong, because we are devoted to the art of Philadelphia,” Valerio said. “I started the jazz program because I wanted to create a programmatic experience at Woodmere for the part of Philadelphia culture that is black.

“And as people come to the museum and discover that it’s a comfortable place, a place they want to visit, the regulars at the jazz series say to their visiting friends when they come to the city, ‘Why don’t I take you to my museum?’

“People think of Germantown as black, of Mount Airy as mixed, and Chestnut Hill as white, but that’s way too simple.”

A pitch for regional support

The other message the report delivers, or is meant to, is that Chestnut Hill’s community institutions are deserving of wide support from both the immediate community and beyond.

“The fact is, our businesses are growing, and we need capital support,” Valerio said. “We make that pitch regularly to the city and state, but we also need to make the pitch to the community. These institutions have to be nurtured in novel ways.”

“The goal of all our institutions is to be the best at what we do,” Cacciamini said. “We’re not interested in the status quo and we’re not interested in mediocrity. You’re not just coming to a nice community hospital, for instance; you’re coming for state-of-the-art care, and if we can’t provide it on site, our partner institutions can. Our goal is to bring something that nobody can say is substandard or not cutting-edge.”