Is the facility part of the company's plan to become the country's biggest fashion retailer? 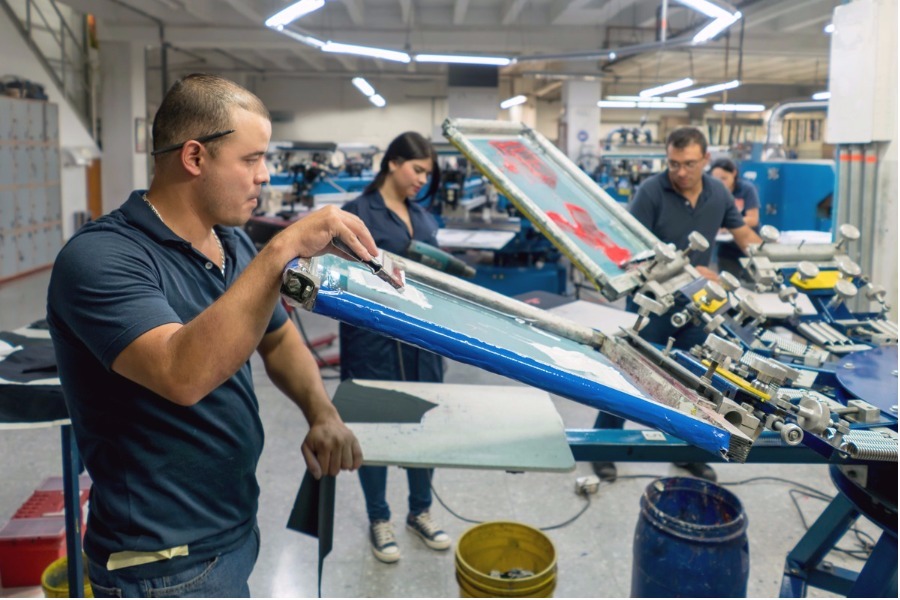 Philadelphia doesn’t need to land Amazon’s second headquarters to feel the impact of the e-commerce giant. Pennsylvania already boasts over a dozen Amazon facilities, and last week, the company’s Woot! clothing offshoot was authorized to build a manufacturing facility in Norristown that will house giant printers and dryers for garment production, the Inquirer reported.

The approval came from Governor Wolf’s Department of Environmental Protection, which signed off on the the installation of 48 industrial printers (worth more than $20 million), 16 large garment dryers and also pollution control equipment. According to the Inquirer, the machines can produce around 25 million pieces of clothing a year if they’re kept on 24 hours a day, but the plant’s permit says each machine will print up to just 60 pieces an hour.

Amazon acquired Woot! in 2010 when the Dallas-based company was most known for its online daily discount deals where it featured just one product a day for sale on its website. Consumers could purchase that product until midnight or until supplies ran out. After the acquisition, Woot! still offers a wide portfolio of items including electronics, clothing and wine.

So what could an Amazon Woot! clothing plant mean for the region? Well, it would be easy to scream jobs, but it’s unclear just how many jobs will come with the plant’s opening as Amazon pivots to automation. Amazon was recently awarded a U.S. patent for an automated system that could quickly produce and ship clothing to customers. That is, it’s developing an on-demand apparel manufacturing system that would only produce clothing after an order has been placed. Some have even speculated that the company could become the country’s biggest fashion retailer with the streamlined process.

But Amazon just might take things slowly in Norristown. The scheme authorized for the plant there “focuses on the simpler step of printing clothes,” wrote the Inquirer, “potentially competing with and replacing the commercial silk-screeners who customize T-shirts and jackets for teams and events.” The plant is expected to open in 2018.