Why Is Philly Startup Leaders Still Having a Diversity Dinner?

The event’s hosts explain and address some of the controversy surrounding diversity and inclusion in Philly’s tech community. 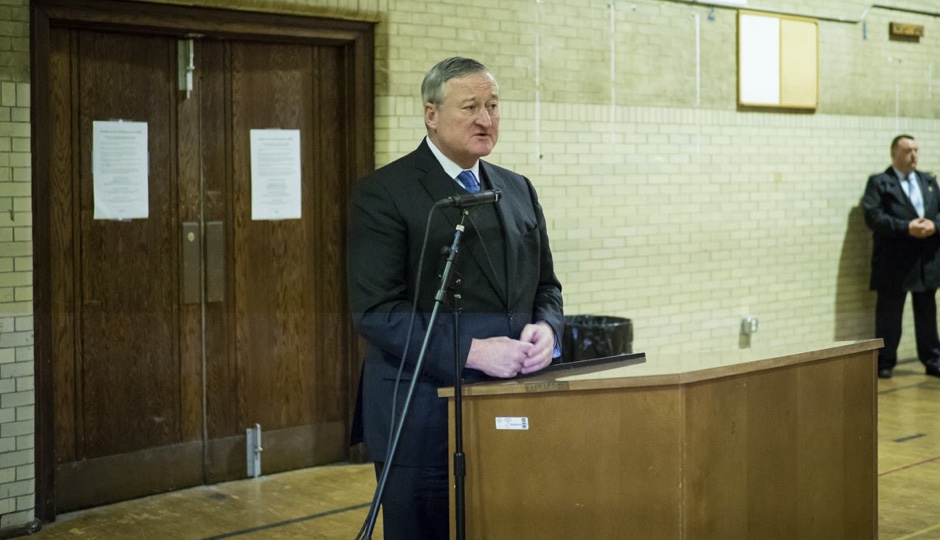 Philly Startup Leaders (PSL) will host its second Diversity Dinner on Wednesday in partnership with the networking group Mogulette. While the dinner’s registration list is growing by the minute, there’s still much to be answered about the event. For one, why is it happening when virtually no real action came out of last year’s inaugural event? Should the tech community instead find new ways to address diversity and inclusion? The dinner came under fire recently when one tech community leader said he felt like he was “on the menu” at the event, speaking to the haste and “look of it all” that seemed to be prioritized. Last year’s dinner showed that Philadelphia is teeming with talented entrepreneurs of color (not that there was ever any doubt in my mind). But while the tech community can organize a diverse group of people for a diversity-themed event, it fails to do so for most other tech events. (Case in point: I’m still often one of the only people of color at the tech events I cover.)

To get some answers, I caught up with the two co-hosts of the event — Brigitte Daniel, founder of Mogulette and the executive vice president of Wilco Electronic System and PSL’s newest board member, Prasanna Krishnan. In the interview, both leaders address some of the controversy surrounding the dinner and explain why the event is happening.

Why are PSL and Mogulette hosting a Diversity Dinner again this year?

Daniel: There’s still an issue with diversity and inclusion in tech. It’s a national issue and a very local issue. There are still disparities and impediments to parity that are causing unequal playing fields for underrepresented communities. This year’s dinner is about addressing this. With the recent events that transpired at the Black and Brown Founders conference, we really have a chance to relook, revise, and revamp so that we are having a more authentic conversation. The silver lining out of the situation is that we have an opportunity to reflect and delve deeper into what the conversation should look like. It’s also our opportunity to bring together key community leaders and stakeholders who are committed to this issue.

Prasanna, can you comment on diversity and inclusion as you see it in Philly’s tech community?

Krishnan: Yes, and I think explaining my background a bit can help people see where I’m coming from. I grew up in India and studied computer science. I came to the U.S. in 2000, and I’ve worked all across the tech industry since then from tech startups to larger companies like Comcast and Microsoft. I’ve lived in about five different tech hubs—India, Seattle, Silicon Valley, New York City and of course, Philadelphia. I’ve realized that a lot of the diversity issues I’ve faced exist across all of these places, so not just in Philadelphia. But because Philadelphia is up-and-coming, we really have the opportunity to do things differently as our scene expands. For me, I feel like I connect to the conversation being an immigrant woman of color and also being a mom. A problem I’ve observed is that when an organization says they want diversity, they go out and just hire a bunch of women to have diversity, but if you look at the numbers, the hires will all be at junior levels or they’ll be interns, analysts, or people who stay for two years and leave. And if you look at how diversity plays out at the top, the numbers fall apart. It’s important to have diversity at the top level because that’s where the company really sets the culture.

How will the Diversity Dinner be organized this year?

Daniel: In terms of agenda, we are going to start off with a Diversity Dinner Forum. This will give people a chance to just talk about the issues they have and hopefully create some healing and some talking across the aisle. It’s basically going to be a town hall focused on various discussion items such as diversifying the talent pipeline and increasing representation of underrepresented groups at tech companies. For example, there was survey that went out in January that looks at the tech employment in Philly. The survey listed African Americans at about 2.5 percent and Latinos maybe at 3.4 percent and numbers went up from there. But bottom line there is that white males make up more than 80 percent of employment in tech in a majority minority city. That doesn’t make sense. We’d also like to explore topics like “innovation blind spots” and mentoring in the tech community. I also feel like we’ve been dancing around the historical context of diversity issues. We’d like to explore how neighborhoods across Philadelphia got broken up as innovation hubs came into being. Entire neighborhoods got blotted out and the people that were there have been left out of these new developments. We want people to prepare their remarks on these in order to share and talk as a community.

We will do that for about an hour then we’ll have breakout tables like we did last year. We’ll have table leaders at each table, and we’re looking to present variety in the table discussions. We are making sure the table leaders are people who can lead conversations well. And there will be more tables this year because attendance is already expected to be high. Comcast’s David L. Cohen will open the event with some remarks and Mayor Kenney will close out with his own remarks.

One reason people criticized last year’s Diversity Dinner is because organizers collected action items and ideas from attendees that were written down on paper but then it was never clear what happened with all those ideas. Will Wednesday’s dinner address that concern?

Daniel: This year we are fortunate to have the VentureF0rth fellows. They will be helping us document the table discussion. They’ll be there with their laptops and as people are discussing they’ll be there typing everything that’s said, so we’ll have a cleaner and more concise accounting of what’s been discussed. We’ll be able to put it all together so that we can send it out to everyone in the community. And the big question is what’s going to make this different from last year’s dinner? The big thing is going to be the actions items that come out of it. This is about solutions and execution. It would be great that once we have our discussion items and a collection of what people are saying, we can start to normalize the idea of having a diverse community. It should become the norm, not the exception, to have people of different backgrounds or ethnicities or orientation in the tech community.

What are some specific things Mogulette and PSL hope will come out of the Diversity Dinner?

Daniel: I would love it if our city could create a tech advisory committee that can convene and have conversations around the tech sector, conversations that include diversity and inclusion. I think the mayor is even thinking about this already. That would be a big step for the city. And even if there’s some kind of unconscious bias training that occurs at Comcast or even a smaller institution, that could help move the dial. There are also leaders like Bob Moul and Sylvester Mobley already working on important STEM initiatives to have more tech-related curriculum taught in school. It would definitely help if these leaders had all of our support. It would be great to say that these initiatives are something we are all supporting.

I can’t dictate what people commit to but I will definitely try to encourage the commitments to take place because they’re not hard. If you want to do something, everyone will find a way to do it. The action steps we discussed will go on record and if a year goes by and those things aren’t done, then shame on us because this is an opportunity for things to happen. If things don’t happen then I’m worried for our city. But I have faith, and I’m always optimistic and I think when it comes down to it, just like what we did with Amazon, we’re going to pull together and make magic happen. I think that’s exactly what we’re going to do for diversity and inclusion in tech because we absolutely have to.

Krishnan: At PSL, we’d also like to push organizations to make pledges on diversity and inclusion and these pledges need to be things that are concrete and measurable, things that we can continue working on after the Diversity Dinner so we can keep measuring ourselves over the course of a year and beyond. PSL is in an interesting position because the organization is basically leadership without authority. But I think we have an important role in setting the path and one of the first steps to having an impact is is having concrete and actionable goals.

Can you respond to the idea that people of color are on the menu at events like the Diversity Dinner, which Tayyib Smith raised at the Black and Brown Founders panel?

Daniel: Yes, diversity in tech does have a window dressing element at times when you talk about it. It’s easy to fall into those traps because there’s so much pressure nationwide that there has to be a shift in mentality and paradigms. So what happens a lot of the time is that those corporations and groups don’t really know what to do. They just keep doing the same thing over and over again so we don’t see anything different. And then there’s also not a lot of intentional action taking place. I think intention is going to be key. Commitment is going to be key. Top-down is going to be key so we don’t have to keep talking about being on the menu. If we have more direct steps about how diversity and inclusion can be achieved, then there’s no excuse why it can’t be done. The reality is that this isn’t a hard lift; it just needs to be an intentional lift.

How might the Diversity Dinner and steps around diversity and inclusion in Philly’s tech scene impact PSL itself?

Krishnan: Some of the changes must be effective at PSL as well. On the board member front, we are really looking to add board members with on explicit focus on making sure the board represents the diversity of the community. We’d like to get nominations from people in the community to find people who can represent various aspects of diversity. And overall, we’re working on reframing our goals and looking to make our organizational structure more concrete. In many ways, PSL is itself a startup so we want to learn and grow as well.

Anything else attendees should know about the Diversity Dinner?

Daniel: Because of the nature of the event and the sensitivity of the conversation, we are asking that media are not present as media in the room. Media professionals are allowed to be part of the conversation, but we’re asking that media not come with their media hat so that we can make sure this is a safe space. We want to make sure people feel comfortable to express themselves.