The #PhillyDelivers movement is growing. 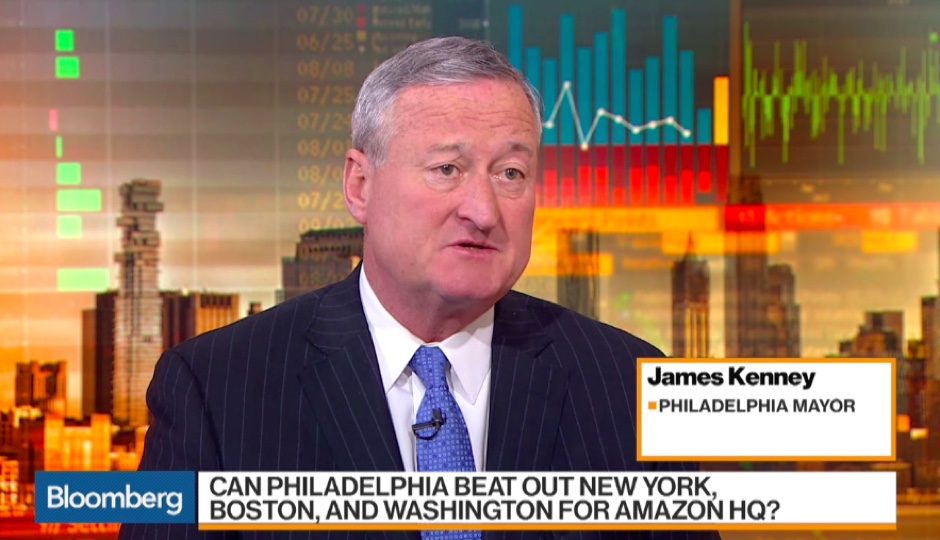 Philadelphia is working really hard to craft its bid for Amazon and on Monday, Mayor Kenney raised the bar on the competition with a Bloomberg appearance.

That’s right, our Mayor was in the hot seat for a solid two minutes fielding questions about Philly’s pitch from not one but three Bloomberg “What’d You Miss?” hosts.

When asked about the details of Philly’s “Operation Amazon,” Kenney was quick to hold up Philly’s universities, medical centers, geographic location, transportation system, and large representation of immigrants and millennials as the city’s competitive advantage.

Questioning whether Philly can beat out New York, Boston, and Washington for HQ2, Bloomberg flashed the following stats on the screen as part of the city’s pitch:

Toward the end of the two-minute segment, Kenney had to answer for Pennsylvania’s taxes. “In your assessment will Pennsylvania make any legal changes in order for you to offer the tax incentives that you think Amazon will need,” the correspondent asked.

“We haven’t gotten to the specifics of tax incentives yet, and we don’t believe there are any major state law changes that need to happen. We’ve gotten criticism about corporate tax breaks but this is too big a deal, and it’s too many jobs and too great of a company for us not to go after it. And we would love to have it here,” Kenney said.

His finals words were a shout-out to Philly’s growing tech community:

“We have a lot of folks who could use the work and a lot of IT startups and tech companies that have come into Philadelphia recently, and we think we’re positioned to put a great case forward.”

The city’s Department of Commerce and Department of Planning & Development, along with partners like PIDC and Select Greater Philadelphia are calling on supporters to promote Philly’s bid on social media with #PhillyDelivers.