Philadelphia a Top 5 Big City for Most Improved Economy

A new study based on federal employment data, lists Philadelphia fourth in a ranking of large metropolitan areas with the most improved economy by job growth, the Philadelphia Business Journal reports.

The jobs growth put Philadelphia just ahead of Seattle, which was ranked fifth and behind Nashville, Grand Rapids, and Tucson, which took the top three spots respectively. 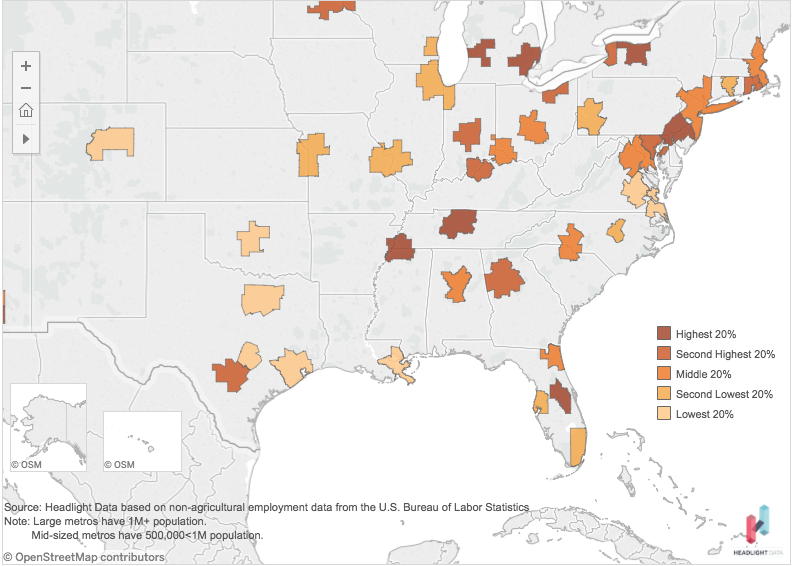 And Philly is doing better than the nation overall, according to the report. The U.S. growth rate has decreased 0.4 percentage points, with nearly 3 out of 4 metros slowing since 2015. Both New York and Washington, D.C. experienced declining growth rates between 2015 and 2016.