I Love My Job: Chuck Peruto

The Philly lawyer talks pool parties and psycho killers and offers proof that he's no womanizer. 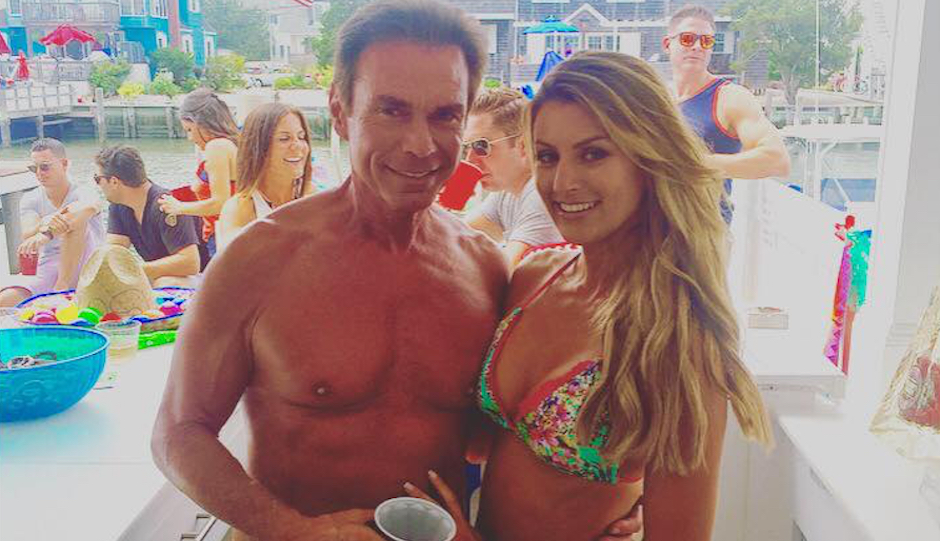 In this week’s edition of I Love My Job, we talk to high-profile Philly lawyer Chuck Peruto, who has defended deranged murderers, mafioso-types, and certain high-profile marijuana enthusiasts. Peruto has his critics, but one thing’s for sure: he’s a true Philly character.

My full name is… Angelo Carlo Peruto, Jr. My family is from Abbruzze.

I grew up in… Overbrook at 64th and Jefferson, which I wouldn’t trade for the world. It was a tough neighborhood but still friendly at the same time. Very close-knit. We all knew each other, all the kids played together, there was a lot of car-pooling for church and sports and school.

My very first job was… when I was 14. I stayed with a friend and cleaned fishing boats at Andy’s Marina in Margate.

My worst subject in high school was… any kind of math. Why do we need this stuff? is what I always wanted to know, and I have never needed any of it. I used my aunt’s address to go to Haverford High, because Overbook was really getting tough at that time. Then I went to St. Joe’s and Widener Law. I guess I’m still on Temple’s waiting list. I got the waiting list letter and never heard anything since.

These days, I live in… Rittenhouse Square and Avalon. 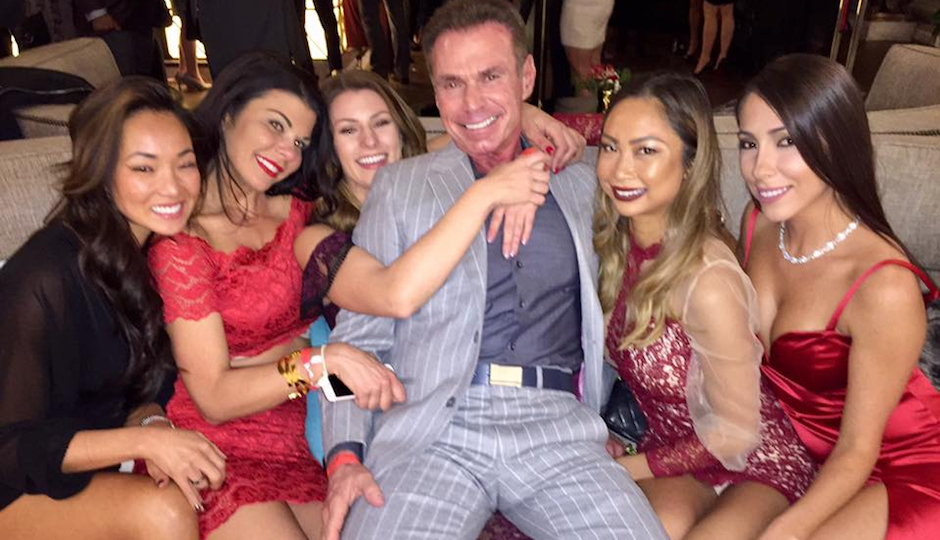 I decided to become a lawyer when… I used to go and watch my father at trial during high school and just the sheer excitement of it all really took me. There was nothing else I ever wanted to do.

My first trial was… Ralph D’Amico, the “Whitman Park sniper.” He was shooting into crowds of people down at Whitman Park and killed an elderly grandmother. This was back in 1980. I was so excited. They were going for the death penalty, but I got him off on manslaughter. He only served two years or so. I don’t know what happened to him after that.

My mother taught me… to be respectful of your elders. And now I know why, since she’s older and reaping the benefits of it.

My father taught me… that your balls need to be as big as your brains.

People who say defense attorneys are bad people… make me laugh. They’e been ordained to sit in judgment of others and know nothing about what we do.

If you’re pouring me a drink, make it a… Jack Daniel’s and water.

A good defense attorney must be willing to… take the criticism. 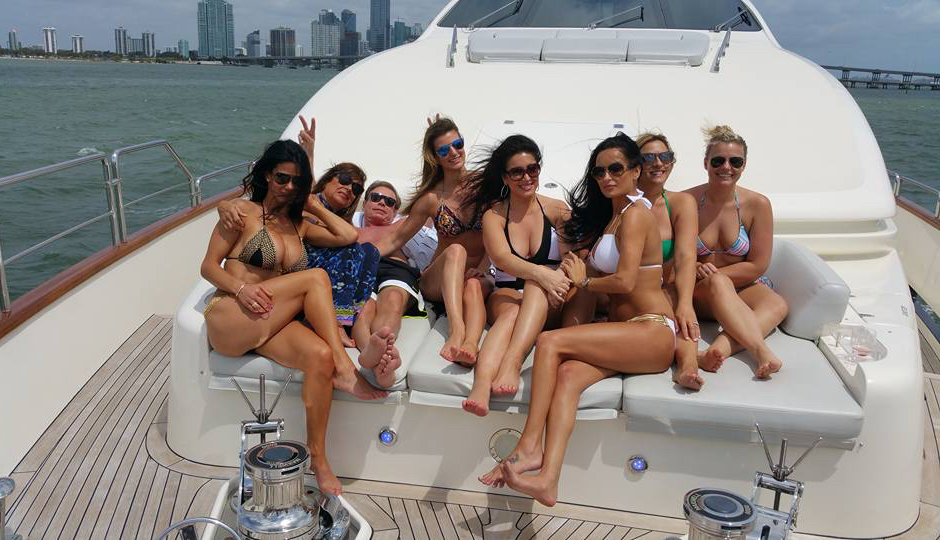 Just another day in the life of Chuck Peruto.

I like to collect… classic cars. I have a ’58, ’63, ’65, and ’67 Corvette, a ’63 Cadillac El Dorado convertible, a ’62 Thunderbird convertible, a Mercedes SLS, and of course you have to have an SUV, so I have a Porsche Cayenne. That’s why I had to move to 20th and Delancey, because there are a lot of garages right around me. Cars are my absolute passion. I literally fly all over the country to go to classic car shows.

The client I am most proud of defending was… Gary Heidnik. Many lawyers would not have taken it. We fought a hard battle on a seemingly impossible case.

People who still think I had something to do with Julia Law’s death… are so stupid that I can’t even be bothered to comment.

In addition to being a lawyer, I am also… a builder. I build several homes per year in Rittenhouse Square and Avalon. The Rittenhouse homes usually sell for about $2 million and the ones in Avalon range from $1.5 million to $2.5 million, bayfront.

My biggest case right now… is an aggravated assault in Atlantic County where my client is accused of putting another bar patron in a coma. We rejected their offer. I’m taking it to trial with my eyes closed.

The biggest problem with the legal profession today is… the way we elect our judges. They should be appointed on merit, not elected, because the electorate has no clue who they are voting for. I would love to see people who have actually tried cases before they get to decide cases. Some of the judges we have — it’s just a few — literally learn on the job.

One place I’d love to travel to is… Vietnam. I’ve traveled where everybody else goes: Hawaii, Italy, Germany, France, Spain, all over the Mediterranean, Caribbean, and Mexico. And I have a place in South Beach I go to a lot. You know, all the usual places.

One person we should really lock up is… Donald Trump, because he’s a danger to the community.

My highest paying case was… Dr. Mastromarino, the body parts guy. His bill was about a quarter million. But most fees are between $2,500 and $5,000, for routine drug cases, DUIs and things like that.

If I were mayor… I would spend more money on things for the youth to do. More and better outfitted pools and rec centers and gyms. Kids should not be sitting around.

I buy my suits at… Suitsupply at 16th and Locust. I was at Boyds but the prices made my eyeballs fall out of my head.

The worst tax in the city is… use and occupancy. It’s a hidden tax that landlords pay when renting out a commercial building. It’s just incredible, especially since it’s on top of our property tax that we have to pay. It’s absolutely nuts, to have invented out of thin air a tax. You can pay property taxes on a building but God forbid you actually use it.

If you want to come to one of my legendary pool parties, you’ve gotta be… a close friend or a hot chick.

The best lawyer movie or TV show was… The Firm with Tom Cruise. I like the way they suck him in. And I was always amused by Corbin Bernsen on L.A. Law, because he was more concerned with getting laid than with his cases.

If you’re smart, you’ll start buying up houses in… any neighborhood within the city limits. The entire city is on fire.

I maintain my awesome tan by… water skiing, boating, jet skiing. I never tan by the pool or on the beach, and never a tanning salon. Never.

To people who call me a womanizer… I point to the fact that I now have a girlfriend. Her name is Lindsey Glasgow, and she has a master’s in construction engineering and runs job sites. She just built the F Terminal at the airport and is building a school now. She’s pretty good for not being 30 yet.