Philly Entrepreneurs, Now’s Your Chance to Get on Shark Tank

The hit show is holding its annual regional open call this week. 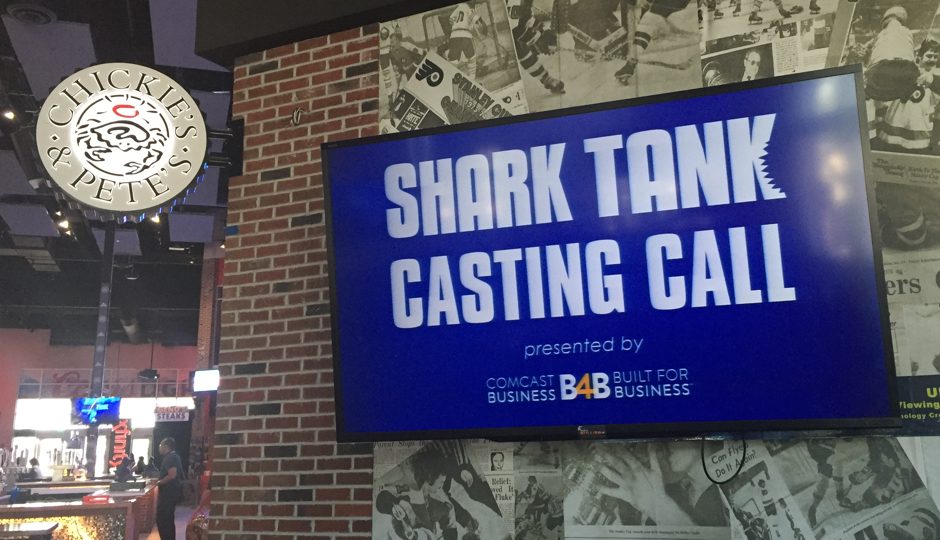 The dream of making it before the sharks on ABC’s hit show Shark Tank is very much alive for budding innovators and this week, Philly-area entrepreneurs will get the chance to vie for a spot on the critically acclaimed show.

On Wednesday, Shark Tank will hold an open call presented by Comcast Business at Xfinity Live, where participants will have to deliver a 1-minute pitch of their business, product, or idea. They’ll have to wow a member of the Shark Tank casting team to advance to the next level.

This will be Shark Tank’s third time hosting an open call in the region, and last summer, Shark Tank supervising casting producer Scott Salyers realized the show ought to get to Philadelphia more often. Entrepreneurs from New Jersey, Delaware, and Pennsylvania were previously forced to travel to casting events in New York City, but Philly’s growing prominence as an entrepreneurial hub, has led the casting team back, Salyers said. The show also routinely holds casting events for the local university community at schools like Temple and Penn.

Participants are encouraged to arrive early, with a completed application packet, as only the first 500 applicants are guaranteed time before a judge. Numbered wristbands that serve as placeholders will be distributed only between 9 a.m. and 11 a.m.

Philly entrepreneurs have made names for themselves and for their businesses on Shark Tank, regardless of whether they managed to strike a deal with one of the business tycoons or not. To see where these innovators are now, check out this post. Learn more about the casting call here.