Not in Philly, a new community-built map-based website, empowers residents to claim a street online and pledge to clean it up. (The tech makes this more revolutionary than you might think.) 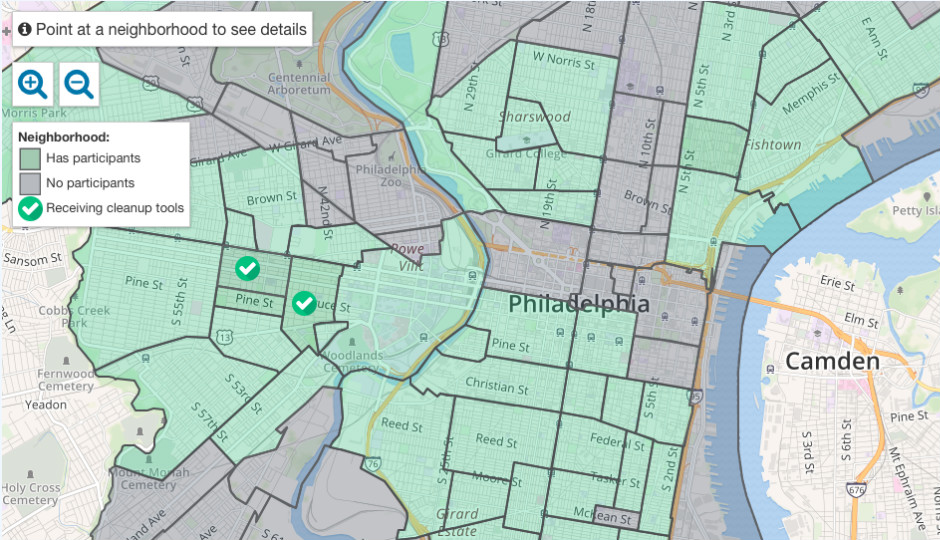 Screenshot of Not in Philly map.

Not in Philly quietly launched late last year and the site is quickly proving to be a genius community-built answer to a better-looking and better-smelling Philadelphia.

Short for “Litter? Not in Philly!” the platform says it’s the first map-enabled adopt-a-block site in the country that allows people to claim a city street that they promise to clean up once a week for six months. That’s right—there are people in Philadelphia who have pledged to pick up those used diapers, pesky plastic bags, roaming soda bottles and dirty condoms of affairs past that we trample everyday. And there are people in our city who cared enough about the litter problem so much so that they organized and built an entire site around a solution.

Volunteers from Philly’s grassroots civic coding group Code for Philly built the tech, and Not in Philly founder, Dave Brindley, tells me design firm Think Company has also gotten in on building the online tool. (The company is holding a hackathon on June 17 to improve the platform.) The site provides an interactive map of Philadelphia that is detailed and segmented, allowing users to zoom in on every single block of the city. A green highlight on a street signals that it’s been adopted, while a gray highlight means a block is unclaimed. There’s no cap on how many people claim a block. The site also even displays the number of streets in given neighborhood and the number of streets already participating, giving a clear sense of whether a neighborhood is covered. 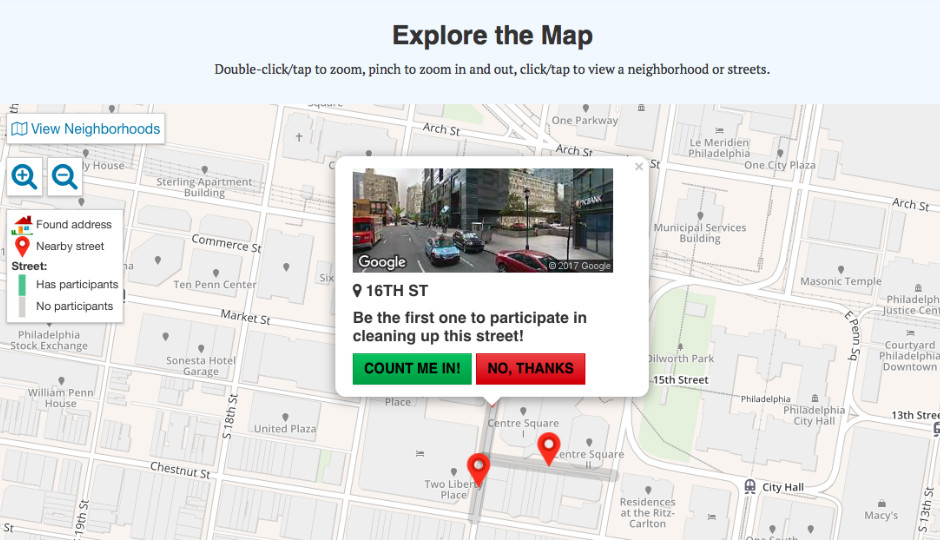 Screenshot of Not in Philly map.

Nearly 350 participants have already pledged to maintain a street, Brindley says, and so far, West Philadelphia where Brindley lives, is getting all the action. Not in Philly has been able to supply those in Walnut Hill and Spruce Hill with grabbers and bags, made possible with support from the Pennsylvania Resource Council and through a micro-grant the organization recently won from the Awesome Foundation’s Philadelphia chapter. Momentum has been building for the effort as participants who submit pictures of their cleaned blocks using #notinphilly on Instagram receive gift cards from Philly businesses. Not in Philly is also in the running for a “Sustainable Communities” SustainPHL award.