The event celebrated everything from “entrepreneur of the year” to “storyteller of the year.” 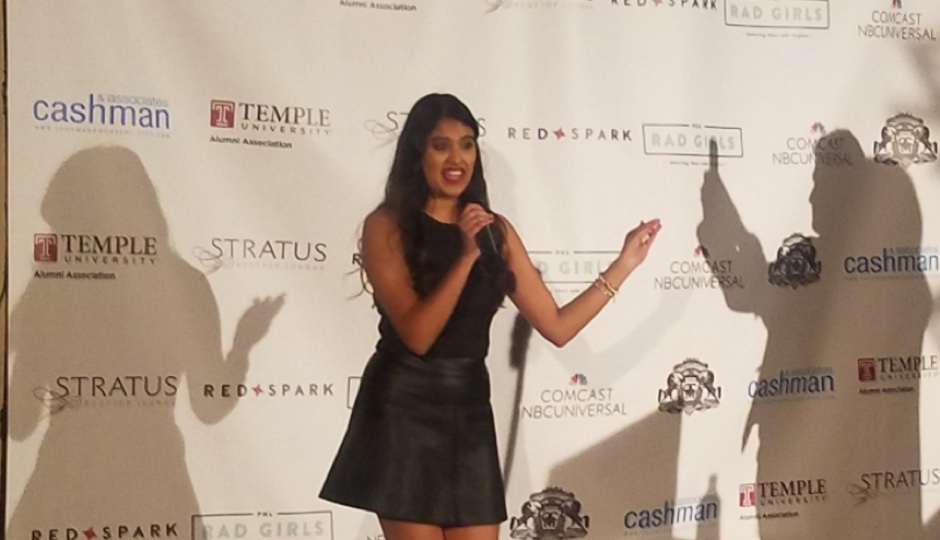 Neha Raman, founder of The Rungh System, takes home the Product of the Year Award. Photo by Roberto Torres.

In its third year, the Rad Awards continues to put a spotlight on Philadelphia’s innovators. When Leah Kauffman founded the online platform Rad-Girls.com four years ago, her mission was to tell the stories of local women in business, tech, media, and the arts. Now the “Rad Girls” squad just keeps getting bigger and the awards ceremony serves to underscore the successes of these women even more.

Tuesday night’s celebration at the Stratus Rooftop Lounge celebrated 13 honorees in categories like “educator of the year” and “activist of the year.” And 2017 is the first year the ceremony had an open nomination process. More than 300 names were submitted.

Product of the Year
The Rungh System | Neha Raman, Founder