The resolution urges every business in the commonwealth to have a minimum of 30 percent women directors by the end of 2020. 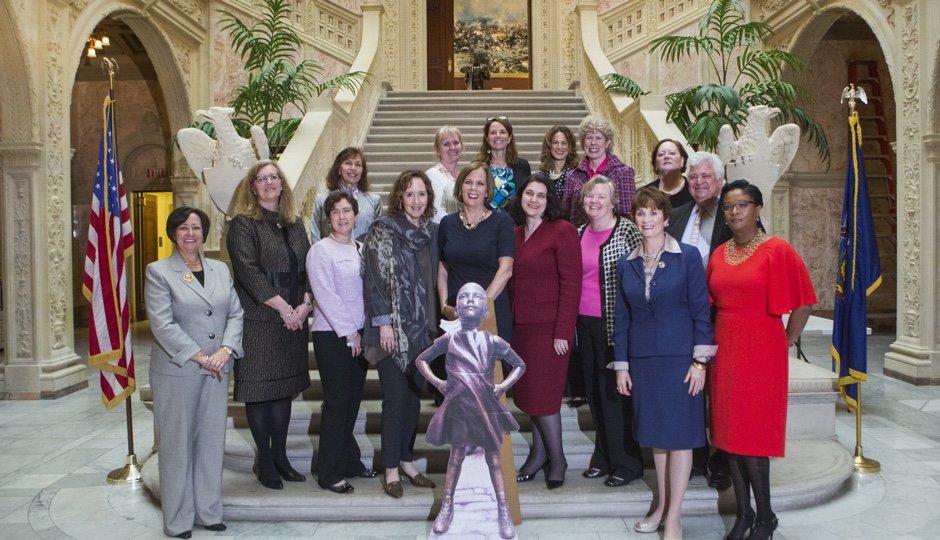 Rep. Kate Harper (R-Montgomery) addressed members of the media and attendees at a news conference in the rotunda of the Ryan Office Building in the State Capitol Complex on April 26 to announce a resolution supported by The Forum of Executive Women of Greater Philadelphia. Pictured with Harper (front row, third from right) and supporters Marguerite Quinn (R-Montgomery) (front row, second from right) and Rep. Marcy Toepel (R-Montgomery) (front row, far left) are members of The Forum of Executive Women and representatives of constituencies around the state who support the resolution and its goal. Photo courtesy of Pennsylvania House Republican Caucus.

The Pennsylvania House of Representatives recently passed a resolution that pushes all Pennsylvania public and private companies as well as nonprofits to have a minimum of 30 percent women directors on their boards by December 31, 2020. The resolution also urges these companies to track their progress annually on the goal of equal representation of men and women in leadership positions.

A minimum of 30 percent may sound low, but as research from The Forum of Executive Women of Greater Philadelphia shows us, only 19 of the region’s 100 largest public companies had a board of at least 25 percent women in 2015. And 27 of the region’s 100 largest public companies had no women on their boards that year. Though the Forum’s latest report shows some gains for women, many roadblocks still remain.

The resolution, supported by the Forum of Executive Women of Greater Philadelphia and introduced to the House by Rep. Kate Harper (R-Montgomery), was passed by a unanimous vote of 189-0.

“In my lifetime, women have made great strides, but an organization’s board determines its direction and focus. Boards need women’s voices, but sometimes they need a reminder of that,” Harper said after in advance of the House vote.

Speaker of the House Mike Turzai called House resolution 273 a bellwether for the state and the country. “The hard work and dedication of professional women in business is just good for business, and our leaders and CEOs need to recognize that,” said Turzai. “Pennsylvania needs to be at the forefront, and I believe this resolution will have a positive impact throughout the business an nonprofit community.”

The resolution makes Pennsylvania the fifth state in the country to go on record in support of the effort to put more women in the C-suite.