And other highlights from Philly’s second day at SXSW 2017. 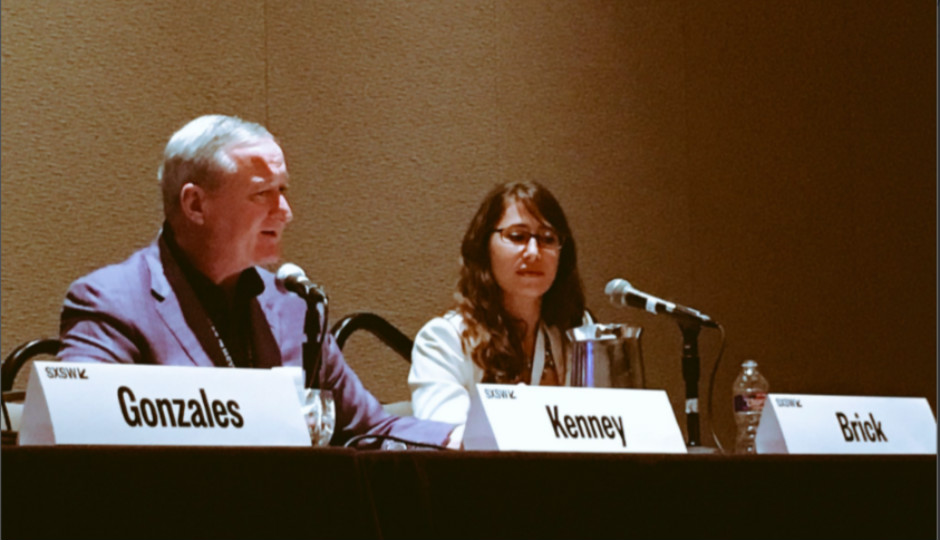 Mayor Kenney sits on “Building Bridges When Others Want to Build Walls” panel at SXSW. Image via Twitter.

The Trump administration has been looming over SXSW this year — there was a well-attended discussion titled “A Conversation With the Failing New York Times” and a tech rally for Planned Parenthood, for example. And on Saturday, March 11th, Philly got the opportunity to weigh in on the administration’s controversial immigration policies.

Mayor Kenney sat on a panel titled, “Building Bridges When Other Want to Build Walls” along with fellow panelists Mayor Gonzales of Santa Fe and Kate Brick from the New American Economy, a national coalition of business leaders and mayors. They tackled questions about the current climate for immigrants in the United States and how we can all do our part to support these individuals.

To support immigrants in our community, Kenney said, “Be nice to people. They’re not illegal aliens. They’re not from outer space. They’re human beings.” He added: “If you participate in giving a bully more support, then you are a bully too.”

Thanks #SXSW for giving @PhillyMayor the chance to explain why we're building bridges instead of walls. #AmplifyPhilly pic.twitter.com/lzLTg7DwIf

A running theme of the panel was giving back, whether through donations or volunteerism. Mayor Kenney highlighted programs like Language Access Philly, which ensures accessibility for city services for residents with limited English proficiency, and the upcoming Immigrant Business Week being organized the Department of Commerce and Office of Immigrant Affairs.

The panel put into perspective the fact that Philadelphia’s population resurgence has been largely driven by immigrant communities. Of the nearly one billion dollars in earnings generated by small business owners in the city of Philadelphia, immigrant entrepreneurs are responsible for $770 million, or 72 percent of those earnings. Particularly, with Philly’s tech scene, a number of immigrant-owned startups are thriving.

Seriously enjoy the candor of @PhillyMayor on the Q of what we can do as citizens: "Let's start with being nice." #SXSW #Immigration

.@PhillyMayor talking immigration and embracing diversity. the city of Philadelphia does a dynamic job of doing so. #SXSW #MayorsatSX pic.twitter.com/qoEhkNxSQE

Couldn't be prouder to be a #philadelphian right now. @PhillyMayor dropping serious quotes on his immigration panel. pic.twitter.com/ABSfd6mFiE

Woo, @PhillyMayor is on a roll. "If these undocumented immigrants were white Europeans, this would not be an issue" #SXSW #Immigration

Here are some other highlights from Philly’s second day at SXSW 2017:

• Amplify Philly participants gathered for dinner at Moonshine Grill. Mayor Kenney took the opportunity to reiterate his stance on immigration. He told the group that Philadelphia won’t be backing off of immigrant issues and that the city will continue to be welcoming to all.

• Kenney and City Councilman Allan Domb listened in on a startup demo about emerging technology for cities, like gunshot detection services.

Ran into @TeamDomb at the startup demo this morning and learned about emerging technologies for cities #MayorsatSX #SXSW pic.twitter.com/PQTcMFlxRv

• With some teamwork, Amplify Philly put finishing touches on the tradeshow space.

Visit BizPhilly tomorrow for a recap of SXSW day three, our first day at the tradeshow.

Lauren Cox is the manager of communications and press relations at Philadelphia’s Department of Commerce.