The drivers say they need more negotiating power against the company, which recently increased commission on some local drivers. 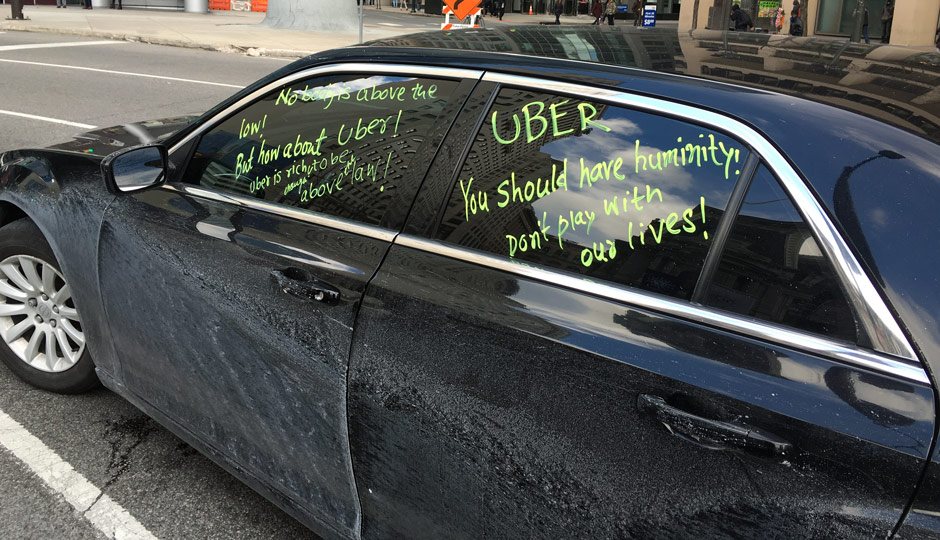 On Friday, a group of Philly Uber drivers announced their plans to align with a local union in an effort to collectively voice their concerns against the conflict-ridden ridesharing company.

The Inquirer reports that the decision to unionize came as Uber refunded millions of dollars to Philly Uber drivers after the company overcharged the drivers in commission. And Uber also told the Philly drivers that they’d be increasing the commission charge by five percent going forward.

“Due to an error in our system, an updated service fee addendum was never released to you in the driver app as it should have been,” the company told drivers in an email. “Because of this error we are refunding you 5% plus interest for all UberBlack trips completed from Aug. 26, 2015, until March 2, 2017.”

The email also stated: “You will also receive a new addendum in the driver app stating that the correct service fee for UberBlack is 25%, which you will be charged going forward.”

Some drivers like Ali Razak of South Philadelphia, who’s driven a limousine through UberBlack for four years, got a refund of as much as $4,000, according to the Inquirer. And though he’s pleased with the refund, he’s not happy about the commission increase. “I think it’s wrong. I want to be happy today, but I’m going to fight tomorrow,” he told the publication. Razak leads the Philadelphia Limousine Association, which will join the Newspaper Guild of Greater Philadelphia, Local 10 of the Communications Workers of America, which represents journalists at the Philadelphia Media Network.

While Razak says they’ve decided to join the union to strengthen communication with Uber, it’s unclear how much the union will be able to help. Bill Ross, the union’s executive director told the Inquirer that they’ll receive some limited benefits, legal assistance and “a vehicle for negotiation.” But drivers won’t be able to negotiate a collective bargaining agreement through the union as Uber drivers are still considered independent contractors and not employees.

The move on the part of drivers to unionize in Philly adds to Uber’s swelling list of recent controversy. Starting with the #deleteuber movement in February, CEO Travis Kalanick has doled out apologies to employees and the public after a former employee penned an account of the sexual harassment and sexism she experienced  at the company. Kalanick’s also faced fallout from a viral dash cam video that captured a heated argument between him and an UberBlack driver about the direction of the company. In an email to employees, Kalanick said he must “fundamentally change as a leader and grow up.”