The West Philly science college beat Harvard too, according to the U.S. Department of Education's College Scorecard. University of the Sciences, via Google Maps

The U.S. Department of Education’s College Scorecard has ranked colleges and universities in the Philadelphia region by median post-graduation salary – and the top school might surprise you.

It’s not the University of Pennsylvania, despite the fact that the university touts the most billionaire graduates in the country, according to the Forbes 400 list.

The winner is the University of the Sciences, whose alumni have a median annual salary of $95,800 dollars – more than alumni at MIT, Harvard, and, yes, Penn. In fact, the West Philadelphia school boasts the seventh-highest post-graduation salary in the country.

The vast majority of students who study at the University of the Sciences – 95 percent – are employed or accepted into an advanced degree program just six months after graduating, according to the university’s website. Tuition for the college, which is largely know for its pharmaceutical program, costs $36,962. (Which is apparently quite the return on investment.)

Behind USciences is Thomas Jefferson University, which ranked 12th nationally. Its alumni earn a median post-graduation salary of $86,300. The third highest-ranking Philadelphia-area school is Penn, with alumni who earn a median salary of $79,700.

The College Scorecard rankings were based on alumni who received financial aid, and median salaries are measured 10 years after the students began classes. 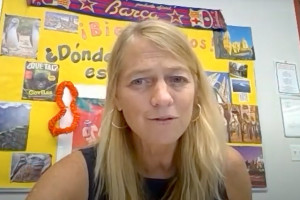