Where to Find Free Tennis and Pickleball Courts Around Philadelphia

All the no-commitment places to practice your serve, mapped.

By Laura Brzyski and Wyld Young· 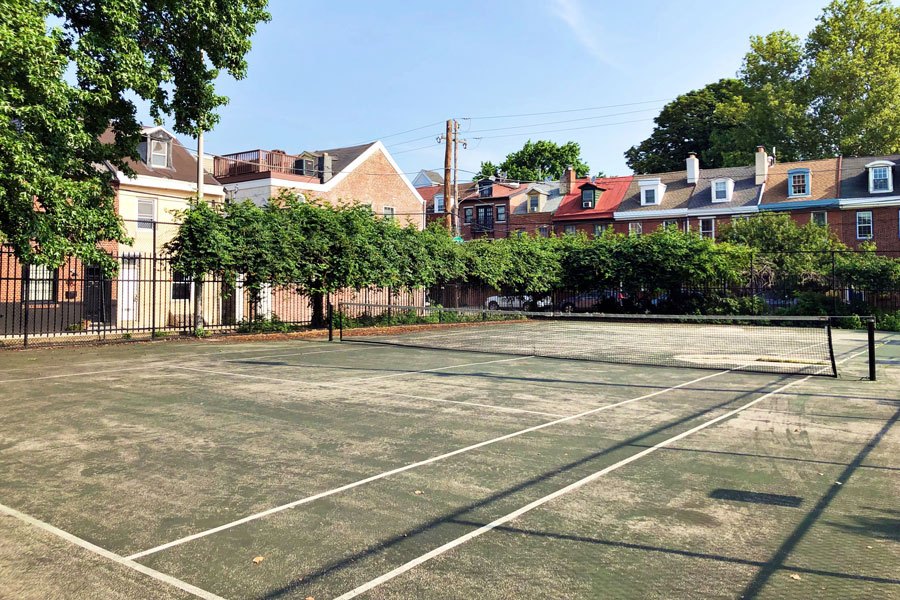 One of Philly’s free tennis courts at Weccacoe Playground. Read on for where to find pickleball courts in the area as well. Photograph by Caroline Cunningham

Philadelphians all across the city are looking for their next big break — from their homes, that is. Summer is just around the corner and as the weather warms you may be eager to find ways to stay active and most importantly, outside. Thankfully the Philly area is home to a number of public, free tennis courts and pickleball courts for to enjoy without any commitment and at no cost. These courts are the perfect place to train for that imaginary Wimbledon match, or try out that trendy sport with the giant ping-pong paddles. We’ve mapped out the closest free tennis and pickleball courts in the Philly area below.

One of the fastest growing sports in the country, pickleball feels like the lovechild of tennis and ping-pong. Played with special paddles (slightly larger than those used for ping-pong) and a pickleball, single or double matches take place on a court that is about one-quarter the size of a tennis court. There are several sports clubs and member-only courts in the area, but you can try your amateur skills at one of these Philly-area pickleball courts — no membership required.