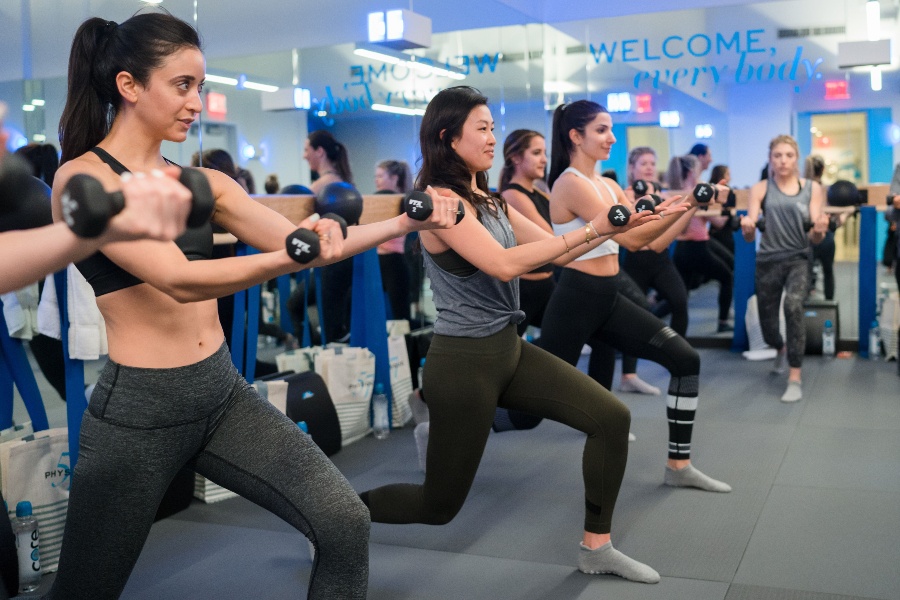 The rumors have been brewing for months, and now they’re finally true: Physique 57 is officially opening in Philadelphia.

Loved by celebs such as Mindy Kaling and Ashley Blaine Featherson-Jenkins, Physique 57 combines cardio, barre, and strength training in 57-minute, full-body workouts. It’s high-energy, filled with creative choreo, and designed to fatigue your muscles (a.k.a. the burn).

Though founded in 2006, the company’s East Coast studios mainly stayed in New York City. This weekend marks the first time Physique will reach Philadelphians in their own neighborhood, thanks to local fitness pros Amy Feeney and Julie Fannin.

Feeney previously owned Barre Focus Fitness in Haverford, where Fannin also taught following her years as an instructor at Lithe Method, and which permanently closed in 2020 due to the pandemic. When the two of them heard that Physique 57 was franchising, they decided to move forward with a new venture and signed on as partners. The Philly location — housed in the 2,800-square-foot former SLT space on 16th and Walnut streets — will be Physique’s second franchise studio to open outside of New York.

The Rittenhouse studio will officially open to the public this Saturday, June 11th. To celebrate the grand opening, there’ll be classes on Saturday and Sunday mornings (9 a.m. and 10:30 a.m.), with post-workout treats and giveaways from local businesses. After that, Physique will host classes every day of the week — in the morning, at noon, and in the evening.

For the time being, they’ll offer three of Physique’s signature class styles: Sculpt, Power Sculpt, and Power Sculpt Express. Sculpt is beginner-friendly and intended for anyone new to the Physique method or just getting started with barre in general; Power Sculpt amps up the workout a bit further with more intense strength training variations and higher reps; and Power Sculpt Express is a 45-minute version of the full-style class. All workouts are capped at 30 clients, and include modifications so that all levels of fitness enthusiasts are supported.

The full schedule of classes can be found here. (P.S.: Private classes will be available by appointment, and studio rentals for events are also an option.)

As for pricing, a drop-in class costs $32. There are also several class packages and memberships — including month-to-month and annual — as well as the option to become a founding member, which gives you unlimited classes for $99 per month. More information can be found on the studio’s website.

Physique 57 is located at 1625 Walnut Street, second floor, in Rittenhouse.