We chatted with CEO Ali Bonar about creating the nut-free oat spread, recovering from her eating disorders, and pitching the sharks as a Philly brand. 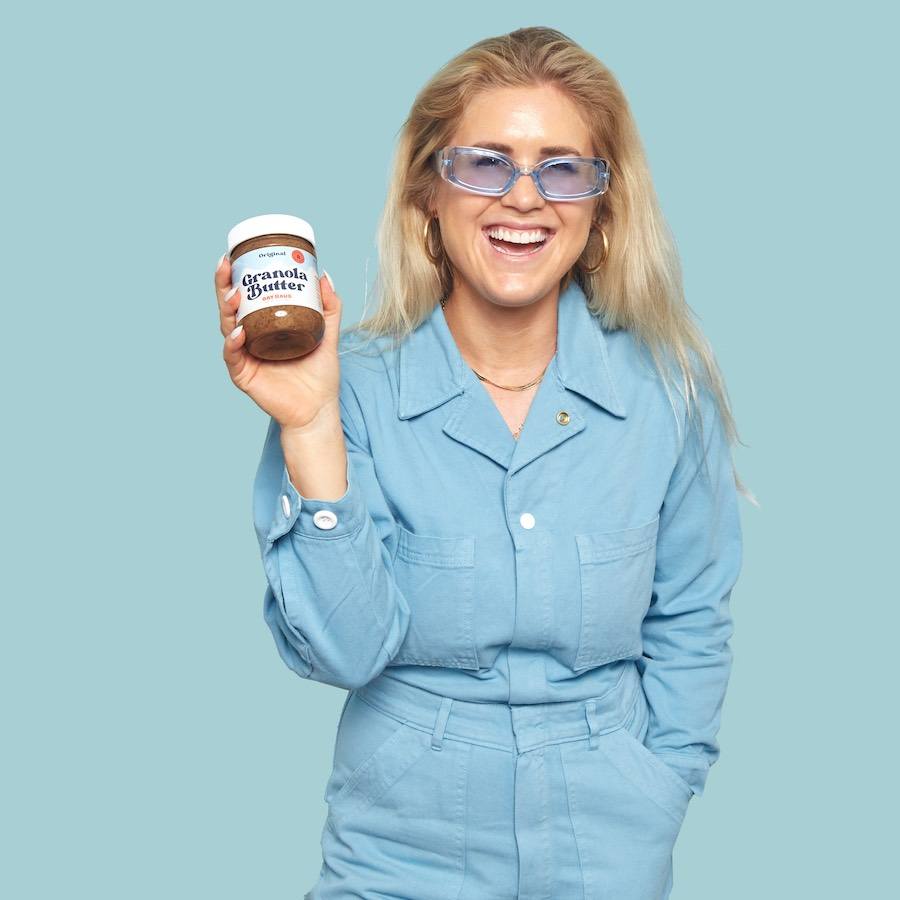 But creating the nut-free spread involved more than just being an entrepreneur — it also sprang from her struggles with disordered eating. We caught up with her to hear all about her journey and Shark Tank debut.

I have to admit: I’d never heard of Oat Haus until I learned the company was pitching on the new episode of Shark Tank. Are you originally from Philly?
No. There are three founders: me; my boyfriend of eight years, Eric Katz; and our friend Ari Schraer. We’re all from California. We actually just moved here in January of this year so we could get a bigger facility. California real estate is so expensive, and we needed something a lot larger. We were open to looking anywhere, and both of Eric’s parents lived in Philly for a long time. He has a lot of family here. So we said: Let’s do it.

Presumably you were able to get a much better deal out here?
We were paying $6,000 per month in San Diego for 2,000 square feet of space. That was shared space. And out here, we found our own place in Warminster that’s the same price for 12,000 square feet. And all three of us live in Fishtown. The commute to Warminster isn’t amazing, but we realized that we needed to live in the city to make friends.

California to Fishtown seems like a major lifestyle change.
Oh my gosh! Night and day. Could not have been more different. I wanted something like New York or Philly that would have energy and drive, not a live-to-surf mentality. People here seem really authentic and genuine. They don’t just say things to win you over to make you happy. They don’t just tell you what you want to hear.

How old is Oat Haus?
We started the company in 2018 but just rebranded in July of this year. We were previously known as Kween.

Sorry, Kween?
[Laughs] My personal Instagram account was @AvoKween, because I love avocados. I wanted @AvoQueen, but that was taken. So we called the product Kween. But then I realized that most of the world doesn’t follow me on Instagram, so it really made no sense.

But Oat Haus does, considering that you’re making an oat-based spread. Where did this idea even come from?
I went to U.C. Berkeley for nutrition. And it was there that I developed an eating disorder. Well, disorders. Binge eating. Anorexia. Overexercising. And what we now know as orthorexia.

What’s that?
It’s the idea of eating perfectly “clean.” I was terrified to eat foods that were processed or that contained “bad” ingredients or possible allergens, and I developed OCD behaviors around that. My friends would see me eating only salads, and they would say that I had really good nutrition. But what actually happened was that I had created a mental prison for myself.

And where does Oat Haus fit into all this?
My recovery from all of that really entailed introducing foods I was terrified of for so long. Eventually, I got around to peanut butter and almond butter, but my gut just couldn’t handle them after years of restricting and binge eating. So I was in my kitchen in California trying to make a spread out of something. Tried the sunflower butter thing, but I just didn’t love the taste of it. And eventually, I landed on oats, and that’s where Oat Haus came from.

I just had a chance to try the original Oat Haus granola butter. I don’t have any dietary restrictions or allergies, but I could easily see keeping this in the pantry on a regular basis. Are you targeting people with nut allergies or certain restrictions?
We see a lot of people just like you. We’re not trying to be this keto/macro-friendly/gym-bro product. Given my background, I want to bring the joy and fun back to eating — something that’s so often missing from the wellness space. Yes, this is a high-quality, wholesome, nut-free product, but it also tastes really good. At the same time, making this in-house is important to our allergen-free customers. The only thing we produce is granola butter. So there are no cross-contamination concerns.

You forgot vegan, soy-free, gluten-free, kosher, non-GMO and dairy-free.
And you can pronounce all of the ingredients.

I compared the nutritional label on the Oat Haus original granola butter to the “natural” peanut butter I had in my pantry, and it seems like you’re pretty close to that in terms of all those numbers.
We’re super-comparable.

As for Shark Tank itself, was this the first time you applied to be on the show?
No. We had already applied three times. But this time, they actually reached out and invited us to reapply. I was like, if we don’t make it, I am not doing this again. I had a feeling that maybe because they reached out to us, we might have a better chance of actually getting onto the show. We applied in February and filmed in L.A. in July.

We’ve heard so much about the Great Worker Shortage of 2021. Has that affected Oat Haus?
One. Thousand. Percent. We’ve really struggled to hire. I feel very lucky to have the team we have right now, but it was a struggle getting here. In the tech industry, for example, it’s easy to find people on LinkedIn and other places online, but for more production-type work and manual labor, that doesn’t work as well. We resorted to posting fliers at bus stops and in parks in Warminster.

And where can we find Oat Haus, and what does it cost?
We sell it on our website for $12.95 for one jar or a three-pack for $32.95. We’re in some Whole Foods in New Jersey for $9.99 and just launched on Gopuff. You can also find us at DiBruno Bros., Weavers Way and Reap Mini Mart. We have a smoothie collab with the Wellness Refinery in Old City — it’s great in smoothies!