How to Find Vegan Options Practically Anywhere in Philly

From Wawa to the Wells Fargo Center, here’s how to find meat-and-dairy-free options. 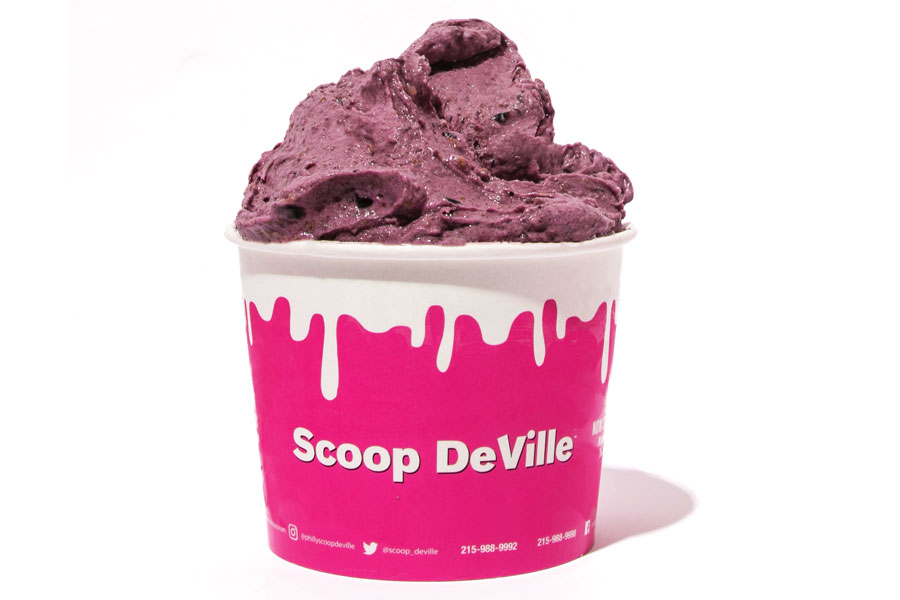 Everywhere we look, plant-based alternatives are becoming the norm. Here’s how to eat vegan whether you’re at Wawa or the Wells Fargo Center.

Cheering on the Birds? Try the vegan po’boy at the Linc, made with crispy marinated tofu, spicy pickles and Creole vegenaise. (You can find it in sections 120 and 216.) At Wells Fargo Center, Melissa’s Farm to Fan booth in Section 107 is perennial veggie heaven thanks to dishes like build-your-own wraps and grain bowls. Harry the K’s in Section 143 at Citizens Bank Park has curried cauliflower and chickpea lettuce wraps, and starting next year, Campo’s, in Section 101, will have its take on a vegan cheesesteak.

Shopping at King of Prussia (160 North Gulph Road) requires some serious sustenance. On the lower level near H&M, Co-Cool has non-dairy smoothies, shakes and bubble teas, while comfort-food spot Melt Shop, near Superdry, has a barley “burger” with tempeh “bacon.” Pink’s Hot Dogs, right outside Melt Shop, serves up the Beyond Burger as well as a vegan hot dog. Over at the newly opened Fashion District (901 Market Street, Market East), Oath Pizza can put vegan cheese and/or Beyond meatballs on its avocado-oil-crisped pies. And you can get the Beyond Burger at BurgerFi’s stand or an Impossible Burger at City Winery — but you’ll have to excise the cheese and bun.

Veggie burritos, grain bowls and roasted veggie hoagies have edged onto the menu at Wawa. But rumor is that bowls and sandwiches may soon include Beyond Sausage, which Wawa’s chefs have been testing this fall. (There are always packaged snacks like Divvies cookies, Oreos and Peanut Chews to fall back on.)

Vegans can eat more than the free airline pretzels at PHL these days. The new Bud & Marilyn’s (Terminal B and C connector) opened with a Beyond Burger on the menu. Sushi expert Zama Tanaka’s Noobar (Terminal B) serves an edamame and seaweed salad, while Iron Chef Michael Symon’s Bar Symon (Terminal D) offers a bowl of greens and chickpeas; just ask for no feta. Smashburger (Terminals A and F) makes a decent black bean burger, as does Au Bon Pain in F. And for something a little more upscale, try the LSF rice bowl at Legal Sea Foods (Terminal B).

News flash: Reading Terminal Market (51 North 12th Street, Market East) isn’t all roast pork and cream-filled doughnuts. Two slam-dunk spots: Luhv Vegan Deli, whose corned-seitan Reuben hits all the right notes, and the Indian and Pakistani Nanee’s Kitchen, where the baked samosas are made for eating on the go. There are also vegan twists on festival foods (corn dogs, funnel cakes, poutine) at Fox & Sons. Meanwhile, the newcomer Bourse (111 South Independence Mall East, Old City) is a vegan utopia. Customize your own taco at Takorean by choosing your base (tofu, pan-roasted veggies) and toppings (pickled daikon, crunchy shallots). Baby Buns has homemade and Impossible burgers, both of which come with vegan mayo on a vegan bun, while Ka’Moon’s “proteins” include falafel and fried cauliflower, with almond-milk rice pudding for dessert. Speaking of dessert, there’s vegan ice cream at Scoop DeVille, as well as soy milk for spinning up shakes.

Published as “It’s Easy Being Vegan” in the December 2019 issue of Philadelphia magazine.