This Philly Entrepreneur Founded a Company That Promotes Positive Thinking. Then She Was Diagnosed With Depression.

Parisha Smith, co-founder of the Positivity Charge, shares her depression journey — and how therapy has helped her heal. 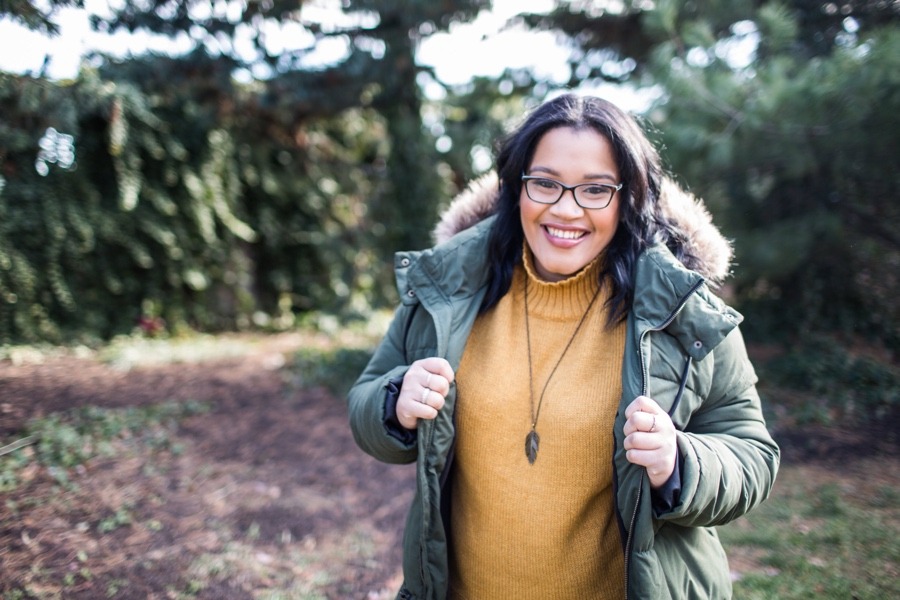 “Mental illness runs deep in my family. My mom was diagnosed with bipolar disorder when she was 25 years old, which was the same year she had me. I am the only girl and the baby of four, and I’ve been my mom’s support system for as long as I can remember. I know all her medications. I’ve been to appointments with her, everything. She always said, ‘I hate having bipolar and depression on my chart because I feel like as soon as I go to the hospital, I could have a broken finger and bipolar is all they see.’

I remember that being etched in my mind, that it was a badge of dishonor, a badge of shame, even though I didn’t look at her like that. I looked at her as being strong. But when I started to have some of the same emotions, I was like, ‘Oh no, I can’t wear that badge. I have to be stronger, I have to be better.’ That really stayed forever in my brain, and I think it’s why I failed to see it in myself for so long. I think a lot of people go through that even if they’ve seen it — it’s really hard to call yourself on it and to recognize and dig deep into what’s really bothering you.

My symptoms started with the postpartum depression I had after both of my kids. My daughter was born in 2005, and I had postpartum depression that rolled in right after her birth. It was really difficult to focus; it was difficult for me to get out of bed. I was doing the bare minimum. I was literally just taking care of my daughter, and that was it. My mom was actually the one who said, ‘I think you need to go talk to someone.’ I did some group therapy, but that was really that.

My son was born in 2013, and again the postpartum depression came back. I was like, ‘I can handle it, I’m OK, I’ve dealt with postpartum depression before.’ I think that was the start of me trying to deal with my on-and-off depression on my own. But things spiraled after that point. I started noticing what I call ‘spells,’ where I would go into a place where I wouldn’t text back or call back friends. People would be like, ‘Where have you been?’ I was away somewhere working on something — that’s what I described it as.

The truth was, I was so consumed with harsh thoughts of myself or harsh thoughts of the world that I was afraid of what was happening around me, that I wouldn’t want to leave my room let alone the house. I had these spells for so long it affected my marriage with my husband. He pointed it out so many times. But I didn’t want to become like my family members. I didn’t want to be that stigma. ‘Cuz once you say, ‘I suffer from depression’ or any other mental illness… as much as they try to fight the stigma, here I am, I feel it, and I didn’t want to have that classification.

I just wanted to go through my spells and come out of them. The truth is, those spells can lead you somewhere you never thought you would go. I’ve never had any suicide attempts, but the ideation — the thought of, ‘If I just wasn’t here, would anyone care? Will there be any ripple effect?’ When you’re in a depression, it takes you through those types of thoughts, and they’re so hurtful. A lot of people who have not suffered from depression don’t understand. They feel physically painful. [Editor’s note: For confidential support if you are having thoughts of suicide, call the National Suicide Prevention Lifeline at 1-800-273-TALK (8255) or text to 741-741. Learn about the warning signs of suicide at the American Foundation for Suicide Prevention.]

Eventually, I had a breaking point in December 2018. I was lying on my laundry room floor in the fetal position crying hysterically about nothing and everything. If someone were to ask me what was wrong in that moment, my answer would be nothing and everything. There were no words, just this shattering pain in my chest that I could not control.

All the while, Rubina Tahir and I were developing and creating the Positivity Charge. It hurt me so much because we’re promoting positivity. I felt like an imposter, like who am I to tell people to feel positive. At the same time, whenever I was in my most lucid moment, I felt like I was fighting for that girl lying in a fetal position a week ago. Every time we would host an event and we would talk to people, it was really me reaching out to say positivity is not about being happy-go-lucky, it’s about fighting against the negativity that’s eating within us. That’s why when I come out of these spells, I remind myself that that’s why I do what I do.

After I shared my experience with Rubina, that prompted us to do the Mindset Master Social [an event back in March that included a therapist as a keynote speaker and a meditation and journaling practice.] We had lengthy discussions about mental health and how that connected to the Positivity Charge. We both felt a need to share at least information and resources until I was ready to share my story publicly.

And, to manage my major depressive disorder, I started therapy. For the first couple of months, I was also on medication, but I’ve since weaned off of it. But therapy is definitely a consistent thing for me, and I don’t foresee that changing for a very long time.

There’s so much power in healing. It has made the mission of the Positivity Charge more deep. We were always focused on mindset, but it was always about career and how we move through the world, what we project to the world. Now it’s more introspective. (We have a new collection of products coming out that will support mental health and positive thinking so watch for that in early 2020!) 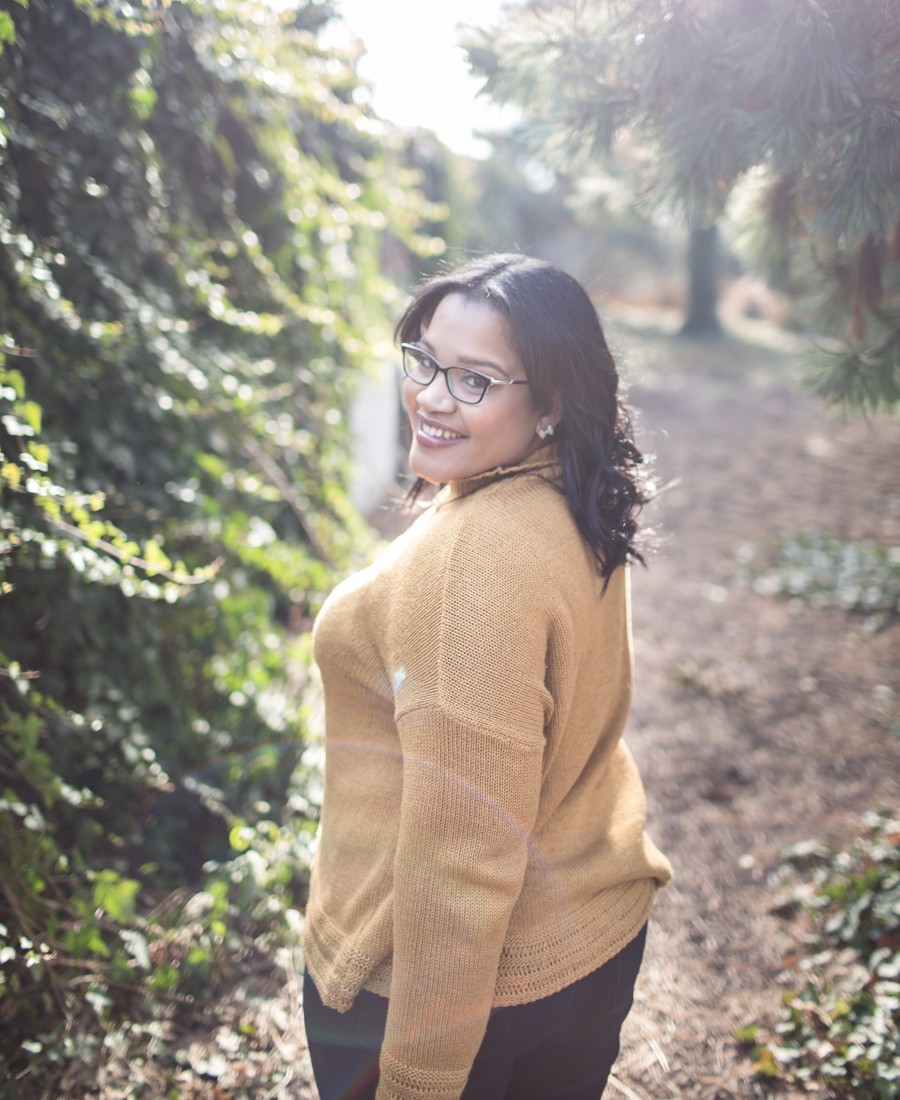 And my husband and I have become so much more close because I can speak my truth to him about where I am emotionally. Now he has more of a grip and an understanding because I’m talking about it and being more honest with myself and him.

That is so helpful because for me, with my depression, my mind is a box. All I know is all I know, and all I see is all I see. With therapy, there’s an outside perspective or an outside person asking questions that allows me to step outside of that box and see my life in a broader way as opposed to that small pinpoint that I can see at that current time. I always think of it like I’m looking at a huge painting with a small scope. I can only see a certain part of it, but once I get into therapy, that scope widens up and I get to see a more beautiful picture.

Mental health is really as important as physical health. That’s one thing I constantly remind myself. As hard as you go to the gym and try to eat right and stay healthy, it’s important to check in on your mental health as well on a daily basis. You brush your teeth, you take a shower, you check in mentally. And you check in on the folks you love as well, the strong ones, the ones that are ‘fine.’ That’s how we get through.

When I was diagnosed, I didn’t share it with my mom at first. I didn’t want her to worry about me. But going through the height of my depression, my cup was so full I couldn’t bear to have one more thing, so I finally had to tell her. I felt like my little depression was so small in comparison to all that she’s been through. I think people with mental health illnesses do that, they scale themselves. They say, ‘Well, it could be worse’ and go straight to that. But there’s so many variations. We’re all different in different ways. The scale doesn’t matter. Even if you’re an ounce of depressed, you deserve to be heard. You deserve to be seen.”