Running Was Her Therapy. Now Running Attire Is Her Business.
Subscribe
Follow
I'm a scraper
This search result is here to prevent scraping

Running Was Her Therapy. Now Running Attire Is Her Business.

Social worker and running coach Naseemah Palmer used to name her running tights with the emotions she was feeling — anxiety, sadness, anger. Now she's bringing the "wear your feelings" ethos to her own activewear line, Vivid Belle. 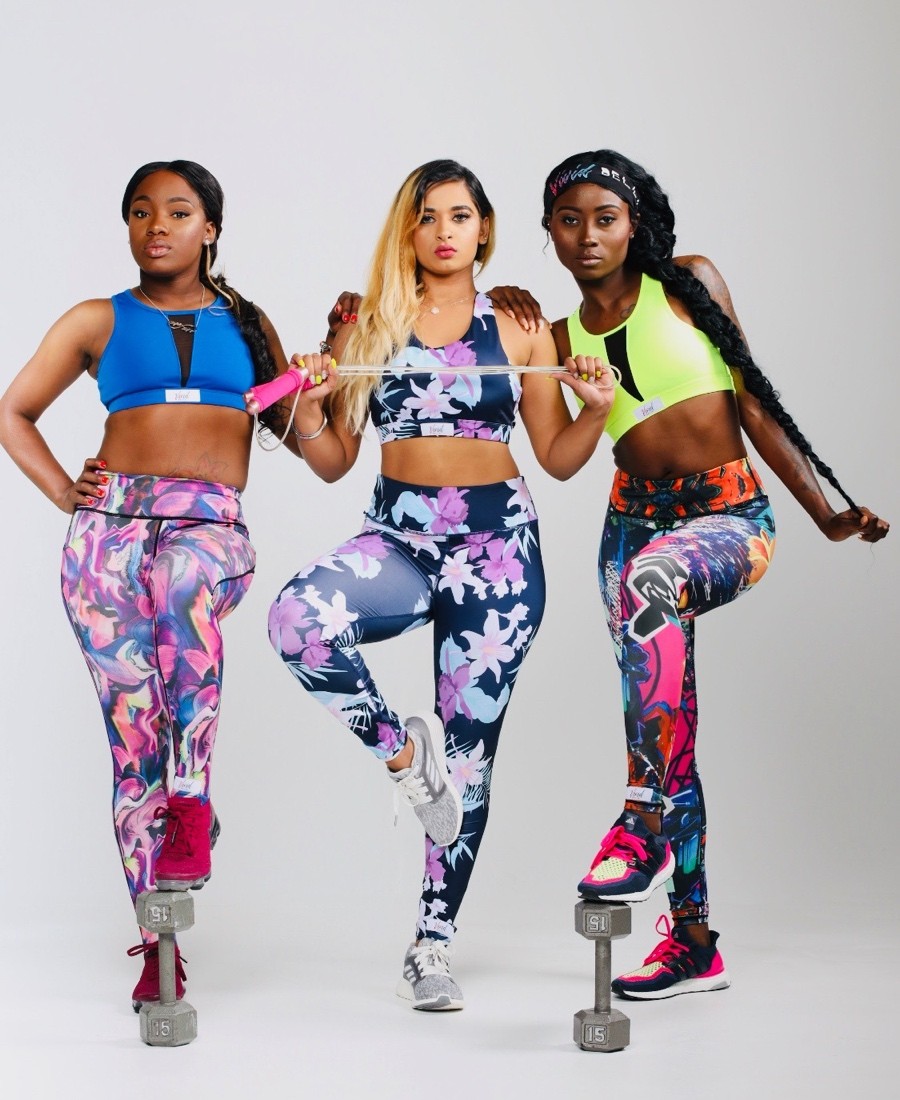 The first time Naseemah Palmer saw the tens of thousands of Broad Street racers passing through South Philly, she wanted to run with them. She lived in the neighborhood and remembers wondering what was going on. Why was this huge pack of diverse people, old and young, athletes and amateurs, running through the streets — and how could she become a part of it? “I’m doing that,” she said to herself.

And she did. Once Palmer ran Broad Street herself, she was hooked, signing up for the Philadelphia Love Run Half Marathon and working to get her U.S. Track and Field level one coach certification. Running was her stress reliever, a way to process lingering trauma (she experienced postpartum depression after the birth of her daughter) and heavy emotions that were coming up during the graduate classes in social work she was taking at Widener University. In fact, Palmer started attaching emotions to her tights whenever she put them on to go out for a jog. This is anxiety, she’d say. This is sadness. I’m gonna run this out.

Around the same time, Palmer started attracting compliments on her bright clothing and the medals and bangles she wore while out on runs. A black Muslim with a bold personality, she wanted to stand out in fitness realms that she says are often whitewashed. “I’m showing up at spaces I’m not supposed to be at, in spaces not usually for us,” she says. “It’s about being visible. Maybe someone of color or a woman or a mom who needs to see me will see me — and I’m going to be seen ‘cuz I’m bright as fuck.”

Soon runners everywhere will be able to channel Palmer’s audacious vibes: On October 13th, she’ll launch the website for her burgeoning activewear brand, Vivid Belle. The line features leggings, sports bras, hoodies, T-shirts, and sport dresses, all between $30 and $50, in vibrant prints — florals, swirls, paisley, and more. (There are also black versions available.) Each style is labeled with an emotion, just as Palmer herself had done, to allow people to “wear their feelings.” So far, all the names are positive; Palmer has turned to words like “curious,” “elated,” and “pretty” to describe her designs this time.

But this is just the kick-off for a larger Vivid Belle presence. Palmer has a space at 1543 Dickinson Street that she intends to launch as a hybrid boutique and therapy space in January.  (She’ll eventually offer mat Pilates as well.) Now a licensed clinical social worker, Palmer’s looking to provide both sit-down therapy and what she calls “walk and talk therapy,” during which she walks or runs with a client while they chat through issues. “It brings out real feelings,” she says. “Emotions were made to move.”

At the crux of all of this is Palmer’s stance that it’s OK to have feelings, to be emotional, to let it all out — and to create a safe space where that’s possible for all populations. “Most people want to be heard,” she says. “They want a hug. They want to be validated. People feel like they don’t have anyone to talk to because there’s so much judgment or they go into a space where they don’t feel comfortable. You just got to let it out.”

For some healthy movement (yoga/Zumba/brunch) and a first look at the Vivid Belle line, snag a ticket to Palmer’s Wellness Brunch ($25) here.