Vegan Cheese Has Come to Mainstream Pizza, and We’re Not Mad About It

Vegan pies are flying off the brick-oven peels at mom-and-pop shop Joe's Pizza in Center City. 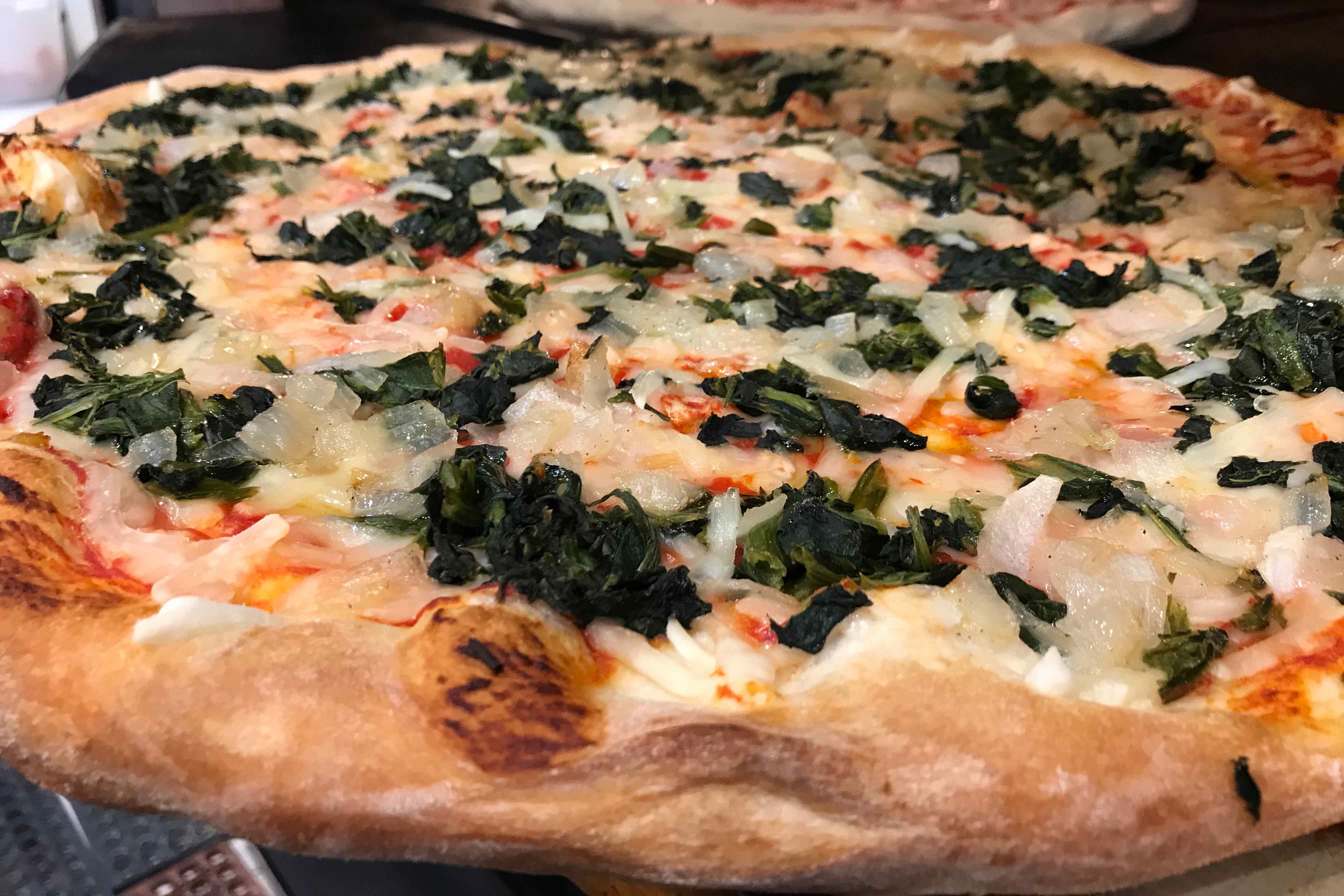 Vegan pizza is a mainstream thing in Philly now, thanks to Joe’s Pizza in Center City. / Photograph courtesy of Casimira Villico

We knew that vegan — or plant-based, as the cool kids say — foods had gone mainstream on a national scale when Burger King started selling its Impossible Whopper. (McDonald’s got in on the vegan patty game this week, too, when it started experimenting with Beyond Meat in Canadian locations.) But I’d venture to argue that, for Philadelphians who aren’t already living the animal-free lifestyle, this whole movement will become a lot more real now that it’s snuck into pizza shops.

We don’t mean hotspots like 20th Street Pizza, the latest iteration of vegan trailblazer Mark Mebus’ vision, which caters to hipsters and millennials with its seasonal veggies and locally sourced flour. No, we’re talking mom-and-pop joints that have been selling industrial-size pies for decades, whose owners live around the corner, and whose tomato sauce recipes their nonnas perfected a century ago.

On principle, these steadfast hubs of tradition and community do not change. And their patrons don’t want them to. They remind us of what the city used to be like before gentrification infiltrated working-class neighborhoods, before appetizers alone started costing $12, before dishes had to be Instagram-worthy to merit ordering.

One of these bastions of stability is Joe’s Pizza — or, according to different parts of its website, Joe’s Brick Oven and Joe’s Pizza Brick Oven. It’s a BYO that has sat in Center City for more than 30 years, run by Ernesto and Casimira Villico. (Ernesto is originally from Sicily.) Like a proper old-school pizzeria, it serves stromboli and wings and mozzarella sticks and salad and desserts and slices, but it’s of course known best for its enormous, one-size-only, 26-inch pies.

Joe’s has had plenty of vegetarian options for a while, but after friends John Schultz and Paul Carmine opened the vegan bakery Batter & Crumbs in August, the Villicos decided it might be the right time to start experimenting with vegan cheese and vegan sausage and steak. “After speaking with many people, listening to our customer requests & many taste tests,” Casimira wrote in an email, “we realized that we had to expand our selections to include the vegan cheese & meats.”

Right now, the vegan pies are so popular at Joe’s that the pizza joint sells out by lunchtime, and the staff makes more throughout the day. So of course, we we needed to try them for ourselves.

I ordered a mixed veggies vegan pizza, with broccoli, green peppers, and tomatoes; you can get any of Joe’s’ typical toppings on the vegan pies. It only took 15 minutes for the Villicos to fire up the brick oven and get my pizza ready, and Cassimira offered a drizzle of fresh olive oil on top. I added red pepper flakes, too, before I dug in.

The vegan cheese, which is the coconut-oil-based Violife brand, is a little strange because it doesn’t completely melt, so the texture ends up being different from your standard pizza. I ordered half of the pie with sauce and half without and would definitely recommend the sauce — without it, the pizza ends up being a little dry. It took me a while to get used to the mix of flavors, and I decided to noodle on them a bit. After all, the pie was so large I’d be eating it for the next five days.

And that’s when I was reminded why authentic, mom-and-pop pizza is particularly delicious. It’s in the days after you order it, when you keep fishing slices out of the gargantuan box that takes up the entire top shelf of your fridge because there are STILL some left and you’re hungry but too lazy to put them in the microwave, let alone the oven, that it becomes clear: Cold pizza is really freaking good.

And the vegan cheese stood up to this standard. The pizza was actually better three days later, when all the seasonings had run together and formed one epic new flavor profile, like what happens with chili or lasagna. I inhaled the slices, feeling grateful for good food and staunch community and the magic that can happen when tradition and trends marinate together in a pizza box.