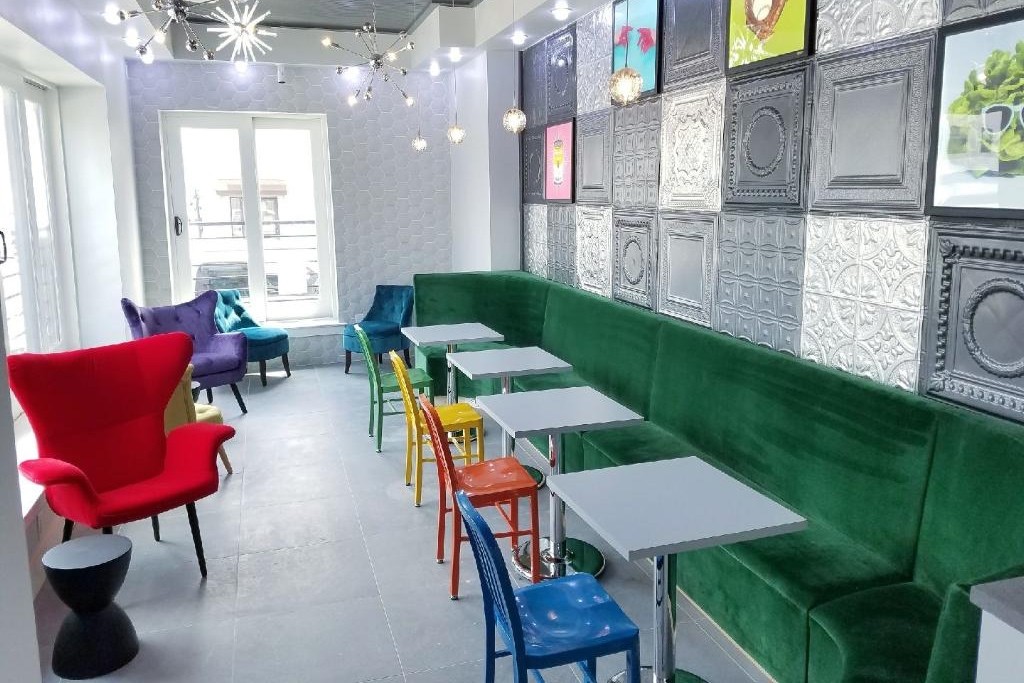 Batter and Crumbs, a new bakery in Point Breeze, is putting out delicious vegan desserts. / Photograph by John Schultz

More than a year ago, we shared with Be Well readers that Philly would be getting its very own vegan Starbucks. It wouldn’t really be an animal-product-free version of the ubiquitous chain, but Batter and Crumbs would satisfy Starbucks aficionados’ primal need for coffee, pastries, and pre-made sandwiches — without using any milk, butter, or cheese.

And yet, walking into the month-old Point Breeze bakery, it feels nothing like a nondescript Starbucks. The seating area, with its rainbow-colored tufted chairs, looks like it would be the setting for a music video starring characters from Alice in Wonderland or perhaps a place where Willy Wonka would hang out. The counter area is done in white and silver tones — none of those dark, heavy shades of Starbucks — and feels clean and fresh. The bathroom is decorated with Wes Anderson–esque paintings of dapperly dressed animals, including a squirrel in a vest, a tie, and a bowler hat holding a to-go cup with a Batter and Crumbs logo on it.

Most important, the display case is filled with delectable-looking cupcakes in flavors ranging from piña colada to cotton candy, cherry Danishes that could easily have been baked this morning, s’mores bars and chocolate ganache brownies and confetti cakes and gingersnap cookie sandwiches dripping with scrumptious layers of buttercream that make you want to smack your lips in anticipation.

These are the creations of John Schultz, an actor turned baker who’s been wowing customers with vegan treats for six years now. Batter and Crumbs started out selling its goodies to wholesalers, but the demand grew to the point that Schultz and his husband, Paul Carmine, who runs the business side of the show, decided they needed a storefront.

And what a storefront it is. In addition to Schultz’s desserts, the display case includes Tattooed Mom sandwiches, ziti and mac and cheese from Go Vegan Philly, and bagels from Four Worlds Bakery. There’s a full coffee menu — Batter and Crumbs’ standard for milk is oat milk, but the bakery does have almond and soy versions available as well — including a salted caramel mocha, of which $1 goes to Indraloka Animal Sanctuary. The sparkling soft serve machine churns out coconut-based ice cream in varying flavors and twists. (This week’s featured flavor is orange creamsicle.) 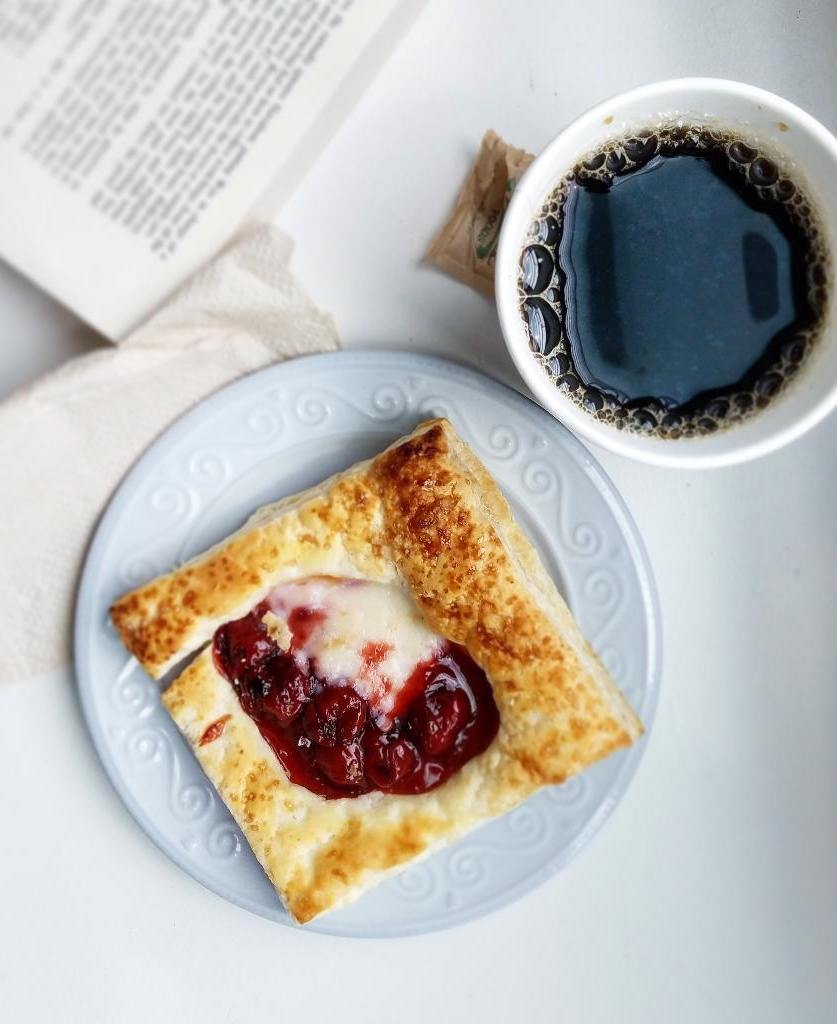 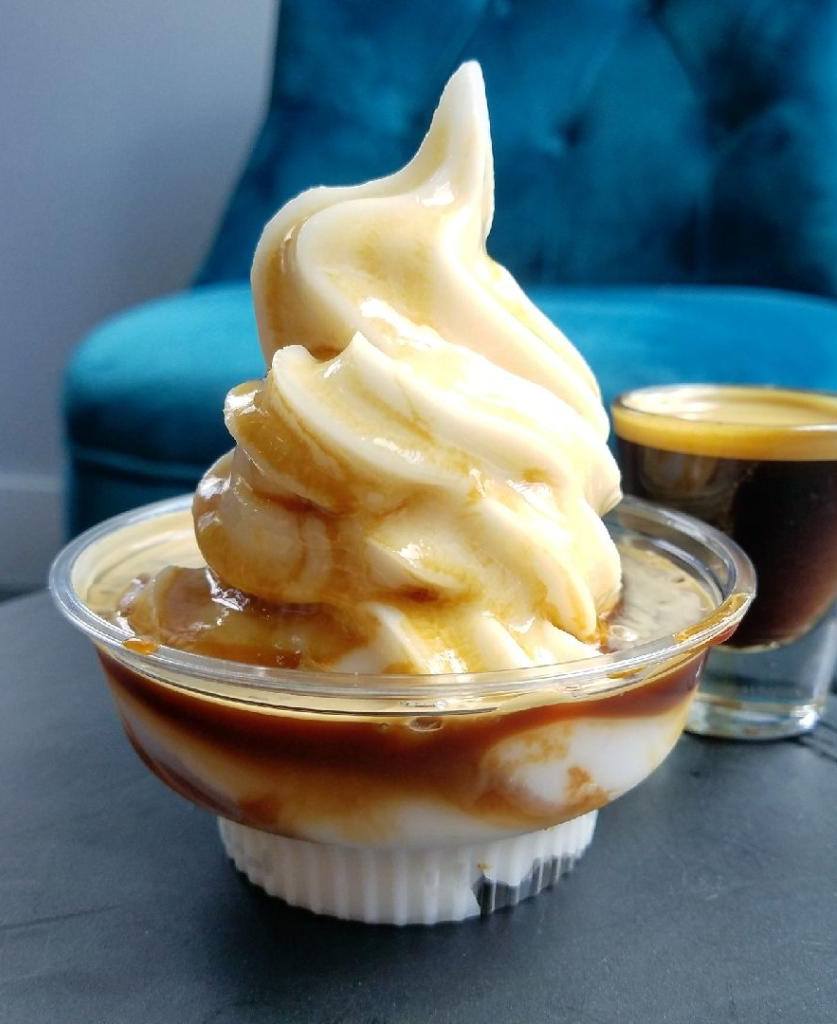 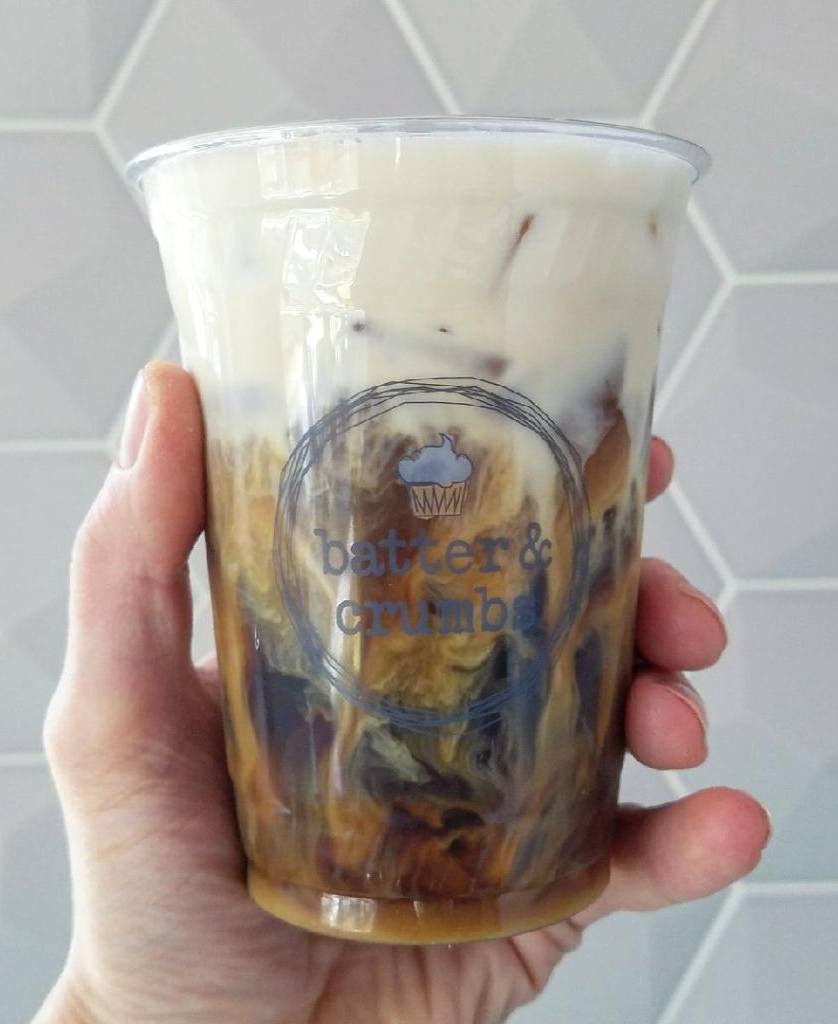 My biggest burning question after visiting Batter and Crumbs was: Why is a bakery that serves ice cream and cupcakes only open until 4 p.m.? Carmine says it was so he and Schultz could have a life outside of work, but they’ve now hired enough employees they trust to run the store without them that, starting September 8th, the store will close every day at 7 p.m.

That’s good news for Philly’s many vegan connoisseurs — and plenty of folks who still like their dairy. I’m typically eschew ingredients that try to pretend they taste the same as their OG siblings. But Batter and Crumbs’ s’mores bar tasted like the seven-layer bars my decidedly non-vegan father makes: The chocolate was gooey, and the graham cracker crust was the best kind of crumbly. My chocolate turnover could have been warmer, given that the staff had heated it up, but the flaky pastry tasted buttery and left gobs of grease on my lips. Which brings me to the point that Carmine and Schultz have made on their website: Just because these treats are vegan doesn’t mean they’re healthy. But who cares? Because damn, are they good.

Batter and Crumbs is now open at 1401 Reed Street.