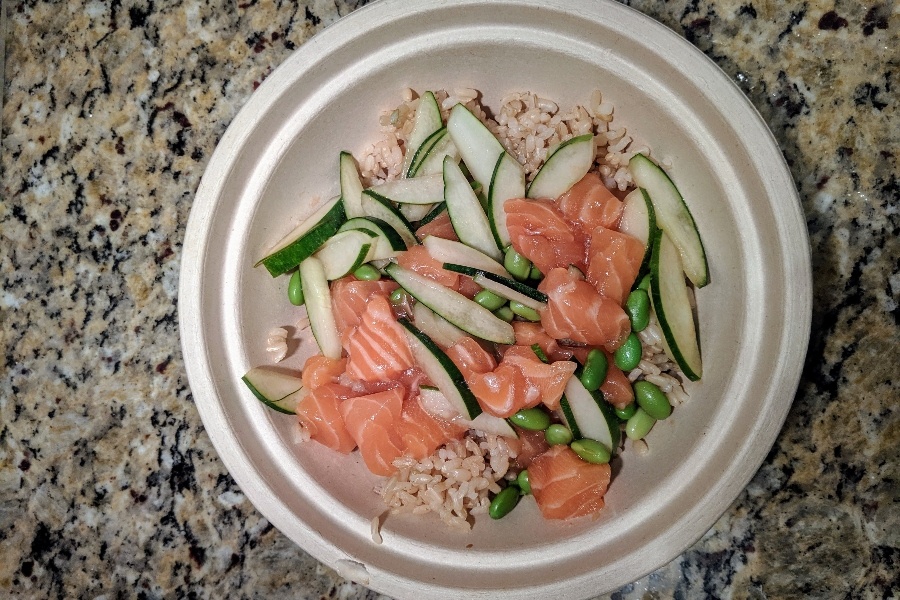 Despite what some food and recipe bloggers think, poké isn’t deconstructed sushi. In fact, the Hawaiian dish — made of cubed, marinated raw fish, often topped with various seasonings and seaweed, and served over rice or greens — is said to have been first prepared by native Polynesians long before western travelers made their way to the Big Island.

While poké has been a mainstay on America’s West Coast for a while, it didn’t make its way to Philadelphia until about three years ago. Since then, a bunch of poké places have popped up in and around the city, giving Philly its own taste of Hawaiian cuisine. Most recently, PokéOno, which has been serving up poké bowls in Ardmore since fall 2016, opened its second location in Conshohocken. And it was very necessary.

Officially opened on August 15th, the Conshy location — which took over the original spot of El Limon (don’t worry, El Limon moved into a new home a block up) — is dishing out freshly made, jam-packed poké bowls for lunch and dinner seven days a week. When you walk into the Fayette Street eatery, you’re immediately greeted with an assembly line of all the poké fixins you could ever want. Pre-made bowls include Spicy Tuna with spicy aïoli, avocado, crispy onions, and cucumber as well as Citrus Salmon with ponzu sauce and edamame, plus a shrimp-based bowl and a tofu-based bowl. No matter which you choose, you’re bound to get a flavor-packed punch of Oahu vibes. I’ve had the Spicy Tuna and Citrus Salmon, and both of their bright, tropical tastes made me feel like I was much closer to Hawaiian shores. 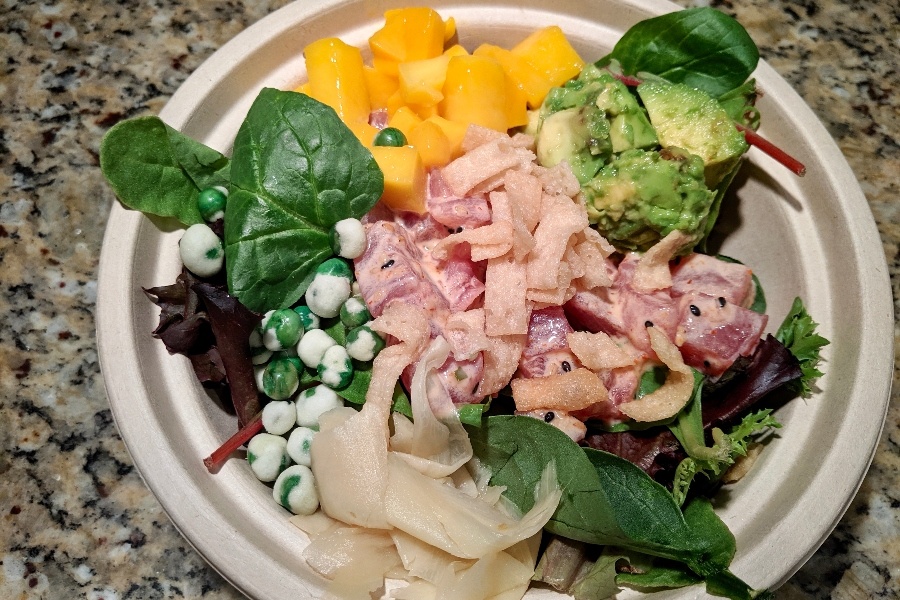 No matter if you’re getting a pre-made bowl or building your own, PokéOno offers three different bases (white rice, brown rice, and mixed greens), various sauces, and an array of tropical toppings. / Photograph by Laura Brzyski

While the thought-out poké recipes are the bomb (really, you can’t go wrong with any of them), I suggest building your own bowl. Because I chose brown rice as the base for both of my pre-mades, I decided to go with mixed greens for my build-your-own bowls. I added shrimp dressed with shoyu (basically soy sauce) on top of the spinach and spring mix, plus cucumber, mango, seaweed salad, and bean sprouts. The second consisted of ahi tuna marinated in spicy aioli and was topped with sesame seeds, mango, avocado, wasabi peas, wonton crunch, and ginger.

Sound like a lot of toppings? Well, yeah — PokéOno allows unlimited toppings for free, besides avocado ($1) and mango ($1.25). But trust me, you definitely want to add the mango EVERY. TIME. A word to the wise, though: If you go with mixed greens as your base, make sure you ask for extra dressing after you’ve added in your toppings. Without some supplementary sauce, the sweet spinach and peppery arugula overpower the flavors of the add-ins and can make the protein get lost.

But the fresh ingredients and tasty bowls aren’t the only reasons PokéOno is good (heck, I’ll even say great). Founder Andrew Danieli’s decision to open a healthy fast-casual eatery in downtown Conshohocken solidifies the Montco borough’s desire to make the Conshy food scene more nutritious and health-forward. As a frequent diner of Fayette Street and surrounding blocks for the past three years, I’ve had a difficult time making heart-healthy restaurant choices. Sure, Conshy delivers delicious Mexican, built-from-scratch pizza, and unzip-your-pants-worthy comfort food. But what it’s been lacking is fresh, health-conscious eateries (before PokéOno, downtown Conshohocken only had Snap Custom Pizza and Eat Greek, both of which opened in the past two years). And I’d say that the trifecta of ahi tuna, avocado, and mango is the Holy Grail of healthy food Conshy surely needs.