You Can Try a New Racquet Sport in Manayunk This Summer

Popular in Spain, padel has landed in Philadelphia for a summer-long pop-up. 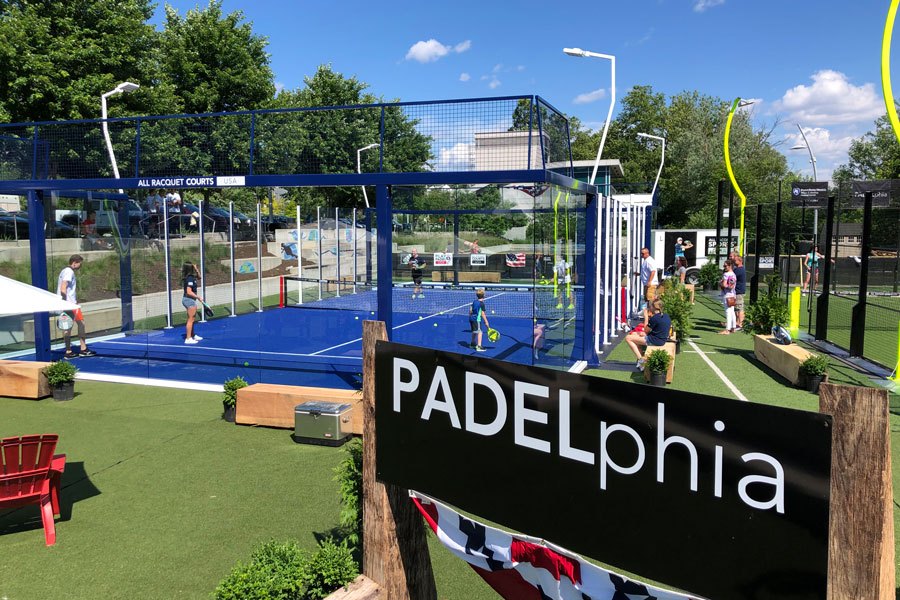 You’ve probably played tennis. You’ve almost definitely heard of pickleball. The game of squash most likely rings a bell. But padel? Never heard of it.

Padel (pronounced “pa-DELL” in America, “paddle” in Europe) is hugely popular in Spain (it originated in Mexico, before making the leap across the Atlantic in the 1970s). Now, it’s taking over America. Or trying to, at least.

In late June, a pair of new pop-up padel courts appeared in Manayunk outside the Venice Island Recreation Center. Dubbed PADELphia, the courts offer interested players the chance to try out the game. The sport is something of a cross between tennis, squash, and pickleball — it’s played on a turf court enclosed in glass that’s about a third of the size of a tennis court. Lee Sponaugle, president of All Racquet Sports USA, the company that built the courts, says he calls it “the Swiss army knife of racquet sports because it has the best of all the sports.”

“It’s easy to play and hard to master,” says Sponaugle, who notes that the fact that you can play off the glass walls makes it a fast-paced and highly engaging sport. The game also uses the same scoring system as tennis, which makes it easier to remember for padel newbies.

During PADELphia’s summer-long pop-up, you can sign up for a $25 beginners clinic to learn the game every Saturday at 8:30 a.m., taught by padel pros. Once you’ve master the basics, there are also all-levels clinics on Tuesdays and Thursdays, plus an intermediate clinic on Saturdays at 10 a.m. Alternatively, if you just want to have a fun time wacking a ball around a court, there’s also open-play hours on Wednesday and Thursday evenings, during which you can pay $10 to play with the provided paddles and balls. 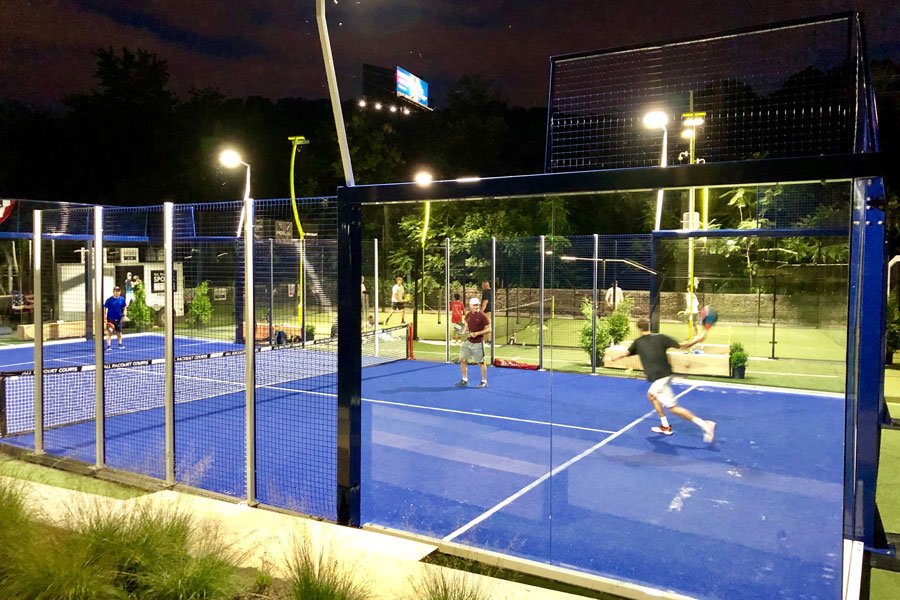 Try out a pro-led clinic or head to the padel courts for open play. Photograph courtesy PADELphia

The courts can be booked online through the end of October, at which point they’ll be packed up and, according to Sponaugle, hopefully sold to a club that wants to add padel to their offerings. Really, the ultimate goal of All Racquet Sports USA is to get as many people playing padel as possible. Sponaugle looks back at how tennis clubs used to serve as a hub for socializing in the 70s  — and he thinks the social nature of padel has the potential to have the same effect.

“Tennis back in the 70s, people used to go to the tennis courts and hang out and have fun — and that’s kind of what padel brings back to the racquet industry,” says Sponaugle.

Ready to try it for yourself? Sign up to play here, then go visit the courts at 7 Lock Street in Manayunk.