Old City's United By Blue is launching its Get Outta Town Gear Rental Program on Thursday. 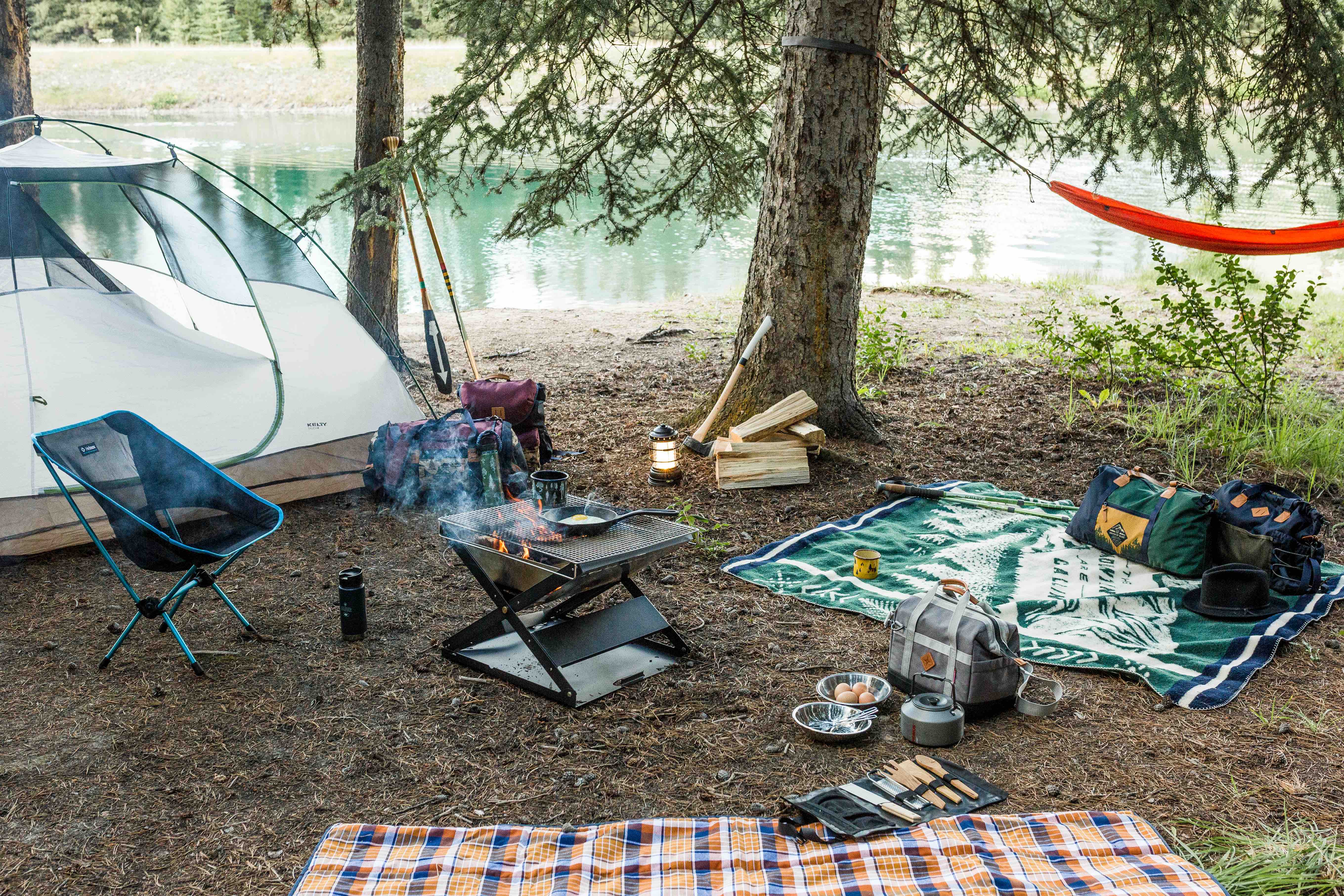 Living in Colorado transforms you into a gear hound very quickly.

A gear-related story I still tell frequently involves my ex-boyfriend moving from one apartment to another. His friends and I lifted and shoved his furniture into the moving truck with relative ease, to the point that we were congratulating one another on how easy this typically arduous task had been.

That was when we started in on his gear. It was like “Twelve Days of Christmas” for outdoor crap. Twenty carabiners, 12 golf clubs, five base layers, four Camelbaks, three sets of skis, two pairs of climbing shoes, one pair of hiking boots, one tent, one gun, one bike — it went on and on until it felt like we were at an REI garage sale. (That joke would kill in Denver.) And, at that point, he’d only lived in Colorado for three years.

However, it does make sense to accumulate gear there, where your leisure activities are virtually all outdoors in the Rocky Mountains. Here in the Philly area, you’re lucky to go car camping a few times a year, which doesn’t give you much incentive to drop hundreds to thousands of dollars on items that will mostly collect dust in your basement. BUT that doesn’t mean we urbanites don’t still want to head out to French Creek State Park and get our peaceful lake views on every once in a while.

United By Blue (UBB) understands that. The Philly-based company — which has been branding itself as the city’s outdoors store — already sold tents, hammocks, sleeping bags, and other camping gear. But, on Thursday, it’s launching the Get Outta Town Gear Rental program, so you can car camp without a commitment. “Especially in an urban area like Philadelphia, there are a lot of people that don’t want to spend the amount of money to outfit all of their camping gear or might want to test it out a lot,” says UBB PR associate Ethan Peck. “We’re catering the program toward the person who might not have the equipment or experience necessary for a weeklong backpacking trip.”

Given the closest REIs are in Plymouth Meeting or King of Prussia, we imagine city dwellers will love being able to swing by UBB’s Old City store and pick up a few pieces of high-quality gear for a weekend getaway. Especially since you don’t even have to think about what you should bring — UBB offers four camping “kits” that come with everything you’ll need for a rustic trip into the hills.

The most bare-bones is the solo kit ($75), which includes a Kelty sleeping pad, sleeping bag, and two-person tent as well as a lantern. From there, you graduate to the much more extensive duo and crew kits, for two ($250) and four campers ($380), respectively. We won’t list everything in these collections, but you can expect a cooking set-up (stove included) and such useful items as matches, a first-aid kit, and Dr. Bronner’s all-purpose cleaner in addition to the standard sleeping gear. There’s also a two-person cooking kit available and à la carte items for those who, say, already own sleeping bags but want to rent a coffee/tea kettle. (Yes, this exists, and it’s amazing as it sounds.)

UBB has made the whole reservation process relatively easy as well. Essentially, you choose your rental dates; put down a 30 percent deposit for your gear; and then pay the remaining 70 percent of the cost when you pick up your kit, confirmation email in tow, at the UBB flagship store.

The company also has a comprehensive FAQs page, but we’ll give you a teaser. Yes, there are videos you can watch to show you how to actually use all this stuff. Yes, you should shake out the dirt and bugs before you come back. (The base price gets you all these supplies for three days, but you can tack on additional days if no one else has reserved your kit immediately afterward.) Yes, you’ll likely be charged if you break something. And no, if you cancel at the last second, as in less than five days before you’re scheduled to go on your trip, you won’t get your deposit refunded.

Finally, if you happen to get bitten by the camping bug and think you would like to invest in some gear long-term, you can purchase part or all of your kit at discounted rates. My gear-laden ex-boyfriend — and OK, I, too, with my puffy, trail running shoes, and climbing harness — will be proud.