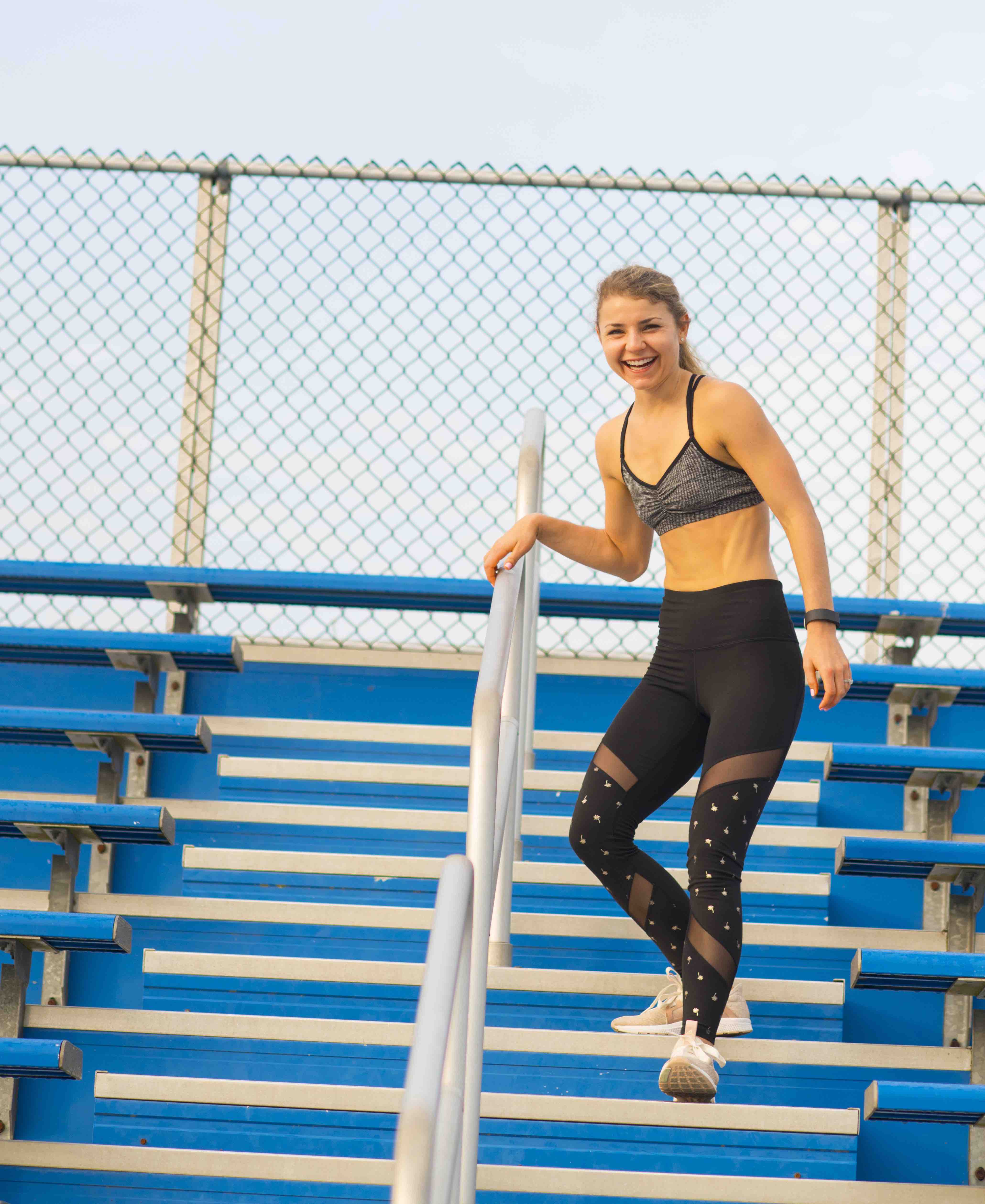 I’ve been athletic and in sports my entire life. I really enjoyed working out, but I never felt like I was truly healthy. I wasn’t respecting my body very much, and my senior year of high school and all throughout college, I developed an eating disorder. It really varied from binge eating to bulimia to anorexia.

I felt so broken. I remember many times just after I would throw up, I would huddle over the toilet bawling my eyes out and be so broken inside. I was insecure in how I was treating my body but also in how I viewed myself and how others viewed me. My family is Christian, and I’d always grown up in the church, and I went through many ups and downs in my faith walk. But I remember this one time, after I was in the bathroom, when I thought, ‘This is enough. I am worth so much more than this. I know it says in the Bible that God loves me and that I’m a masterpiece.’ I’d tried to stop multiple times, but it wasn’t until I felt that connection between my body as a temple, as it says in the Bible, something that God created and something we’re meant to respect, that I was able to overcome this eating disorder.

Mentally, I was just so unstable. The hardest part was learning step by step and realizing that I wasn’t going to be a new person overnight. It was going to take a lot of work physically as well as spiritually and mentally. I had to process the fact that it’s OK to mess up.

To love food again, I had to find food that I wouldn’t feel guilty to eat. That’s a huge trigger in an eating disorder. You feel guilty for eating something bad or eating too much or eating too little. I had to push through the anxiety of, ‘This food might be high-fat,’ or ‘This food might go right to my butt,’ and understand that these foods are meant to heal my body from a workout. Choosing healthier options really encouraged me. I saw healthy progress in my mental and also physical state when I fueled my body with not as much fat and sugar and just more whole foods. Now I eat plenty of protein, and I do have a lot of healthy fat in my diet like avocados and peanuts and almond butter. I also eat very little processed carbs, and I try to incorporate whole grains, and fruits and veggies obviously. It’s really been learning that food can be a very positive thing. We’re meant to be full of food.

When I wanted to take my faith as my own instead of what my parents believed is when I also saw that marriage between fitness and faith. I knew I had to do something positive alongside it and for me that was fitness. I started out doing Bikini Body Guide by Kayla Itsines. I loved it and saw great results through it, but I did feel like her workouts were repetitive. Then I became a member of Tone It Up, which features videos that range from HIIT to cardio to circuit training.

Now I’ve created my own program that marries my love for fitness and the things I’ve seen that have changed my body the most. It’s called Dumbbells and Devotions, and it’s an eight-week program with a workout every day. Some are laid out in circuit form or pyramid training; some are timed and some you do as many reps as you can. Along with those workouts  I’ve written a devotional so people can also grow in their faith and be challenged in a spiritual way. Basically, I find a verse in the Bible that I really love and write a stimulating and encouraging message to go alongside it. For example, ‘Be fearless,’ because the Bible says to fear not. They’re encouraging and motivational words based on Scripture.

I had a four-week Dumbbells and Devotions program that launched in November. More than 600 girls signed up for that. The eight-week one just launched last week, and we’re all starting together as a group March 18th.

I’m most proud of the fact that I’ve grown so much from seeing myself as this insecure girl that was puking over the toilet to now where I have the opportunity to impact thousands of women. I can put out a program that encourages women to leave that spot in the bathroom and be empowered and uplifted and to renew their minds in a way that shows themselves as worthy of being loved and chosen and known.

I have this huge passion to encourage other women to develop a renewed love for themselves. I feel like it’s very common now to not take care of your body, to struggle with self-love, to have body image issues. I think you need to see there has to be some motivating factor that you want to get healthy for you. Maybe it’s for your kids; maybe you want to respect God. But once you dig deeper and realize that you are worth knowing and craving change, that makes all the difference.