The Wall Fitness KettleBarre class will officially launch in February. 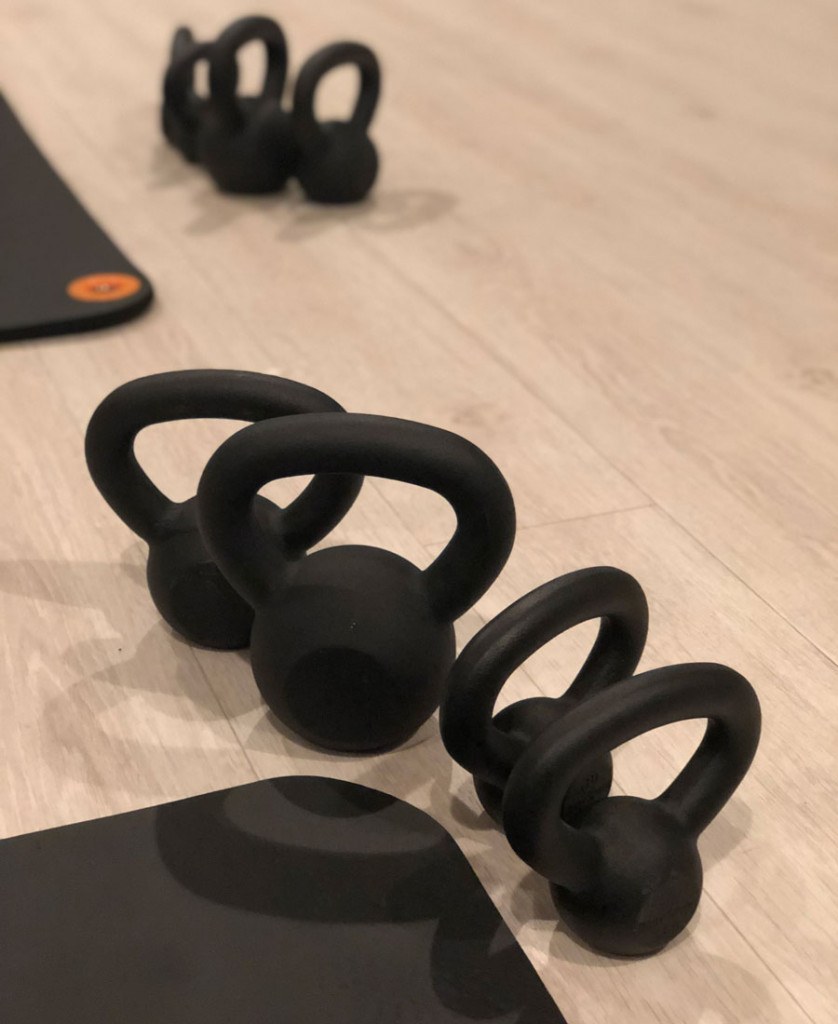 The Wall Fitness KettleBarre classes are slated to launch on the schedule in February. Photograph by Caroline Cunningham

We’ve said it before and we’re sticking to it: Kettlebells are going to be big in 2019. Not only did KTL, Philly’s newest all-kettlebells gym, open this month, but now Best of Philly-winning The Wall Fitness in Manayunk has launched an all-new workout style involving — yep, you guessed it — kettlebells.

KettleBarre is the creation of The Wall studio owner Juliet Sabella, who has spent the past year developing the concept. And before you start imagining that it’s just a lot of pulsing while holding a kettlebell, Sabella would like to clarify: “It’s not barre with kettlebells — it’s seriously so much more. It just flows so well.” 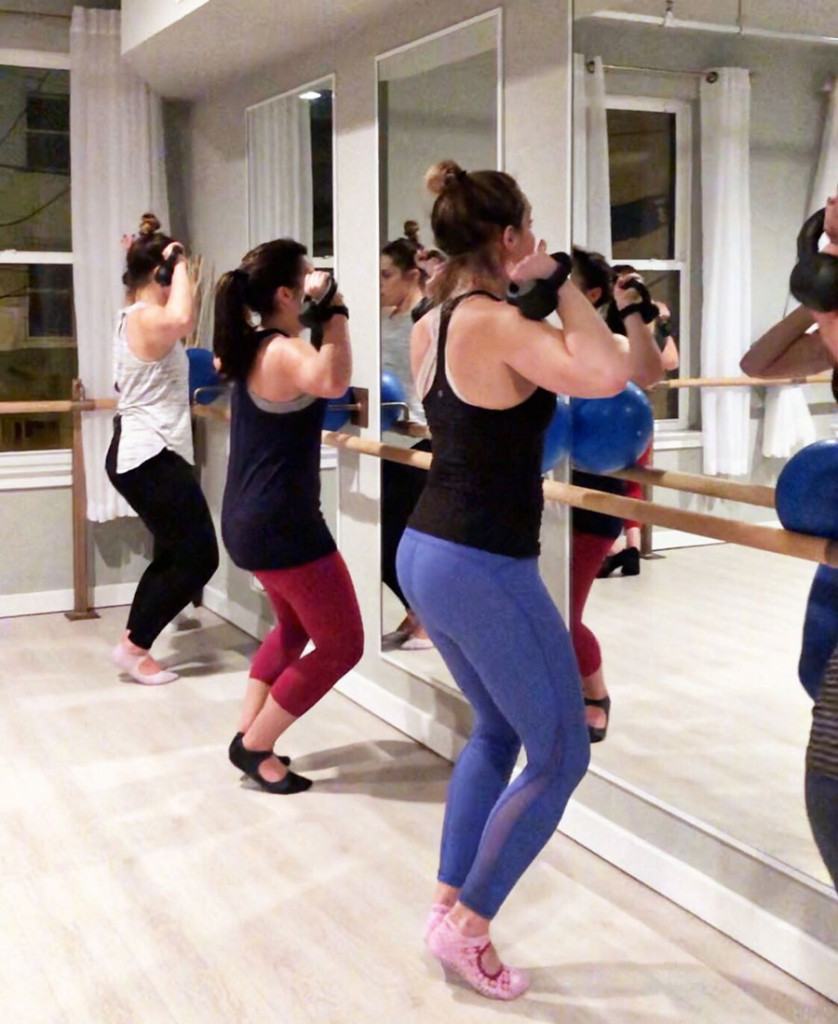 To find out what exactly that means, I stopped in for a Wednesday night KettleBarre class at The Wall. Like a traditional barre class, the workout is divided into different series (i.e. a leg section, an arms section, and abs section, and so on) starting with a warm up involving simple strengthening movements, such as push ups and walk outs. From there, we worked on some of our kettlebell-specific exercises — kettlebell swings, overhead snatches, and bodyweight exercises (like lunges) that used the kettlebells as added resistance.

But one of the most interesting parts of the session was when we moved to the barre, bringing our lighter kettlebells with us. While holding a pose and pulsing would make any normal person’s legs hurt, doing it while holding a five-pound kettlebell in each hand was brutal. And while barre is known for burning your booty and abs, the added resistance of a kettlebell hooked onto your foot while pulsing it up or holding one while doing crunches added some true strength-training aspects to the class. 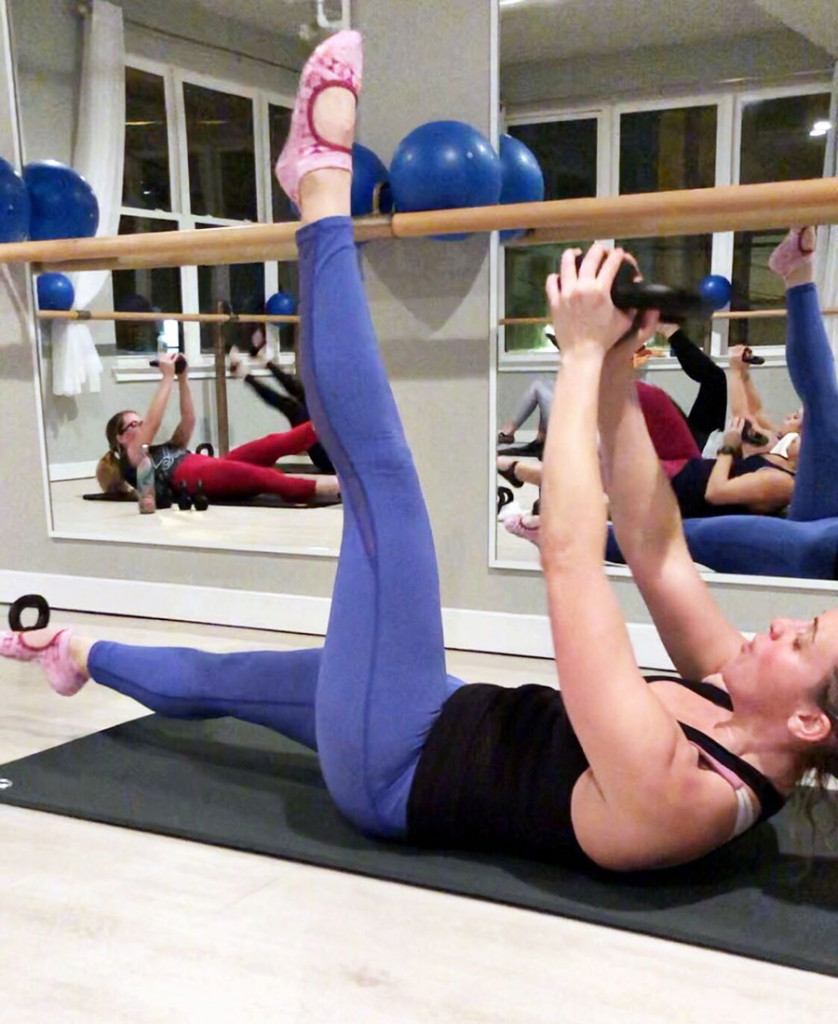 KettleBarre isn’t currently available on the schedule at The Wall — Sabella is currently running a five-week series that sold out months ago. But starting in late February, Sabella plans to open up KettleBarre classes to members and non-members alike, following a required (free!) 30-minute introductory kettlebell session. You can keep an eye out for upcoming KettleBarre classes here.

The Wall Fitness is located at 107 Cotton Street in Manayunk.