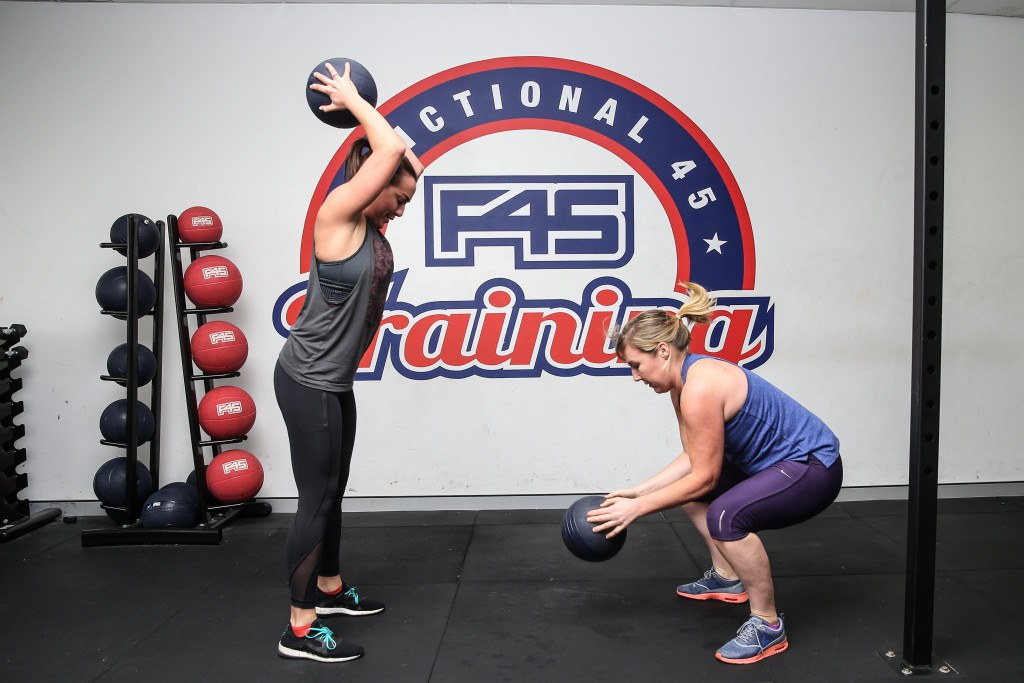 By now you’ve likely heard us talk (and talk and talk) about F45 Training, the Australian-based HIIT workout gym that’s bringing 10 (!!) locations to the Philadelphia region. The Bryn Mawr and Ivyland studios opened in the first half of 2018, Manayunk opened in December, followed by Northern Liberties this month. Now, a Center City location is set to open in late January, depending on construction.

As with all of the franchised F45 Training locations, the Center City location will offer the brand’s signature 45-minute HIIT workouts, created from a database of over  3,500 exercises. Throughout the workout, screens hung throughout the studio will show the moves at each station, so you never get lost in the middle of a circuit. The gyms also come equipped with all kinds of fun gear — from medicine balls to sprint tracks to stationary bikes — that get pulled in to the workouts, so you’ll never get bored and never do the same workout twice.

The Center City location is planning for a grand opening bash including a live deejay, local food and drink vendors, and a chance to try out the workout. While that opening party isn’t on the books yet, you can still try out the workout before the gym officially opens, thanks to the pop-up series they’re hosting at Endeavor Athletic in Rittenhouse. Through February 13, the gym has seven free boot camp workouts that you can drop into by signing up here. In the classes, you’ll get to sample some of the heart-pumping, lung-burning, high-intensity work you’ll experience in F45’s HIIT sessions, boot-camp style.

The F45 Training Center City will be located at 1900 JFK Boulevard. Keep an eye on their Facebook page for the grand opening announcement.