We sucked up our courage and gave the Impossible burger a shot. 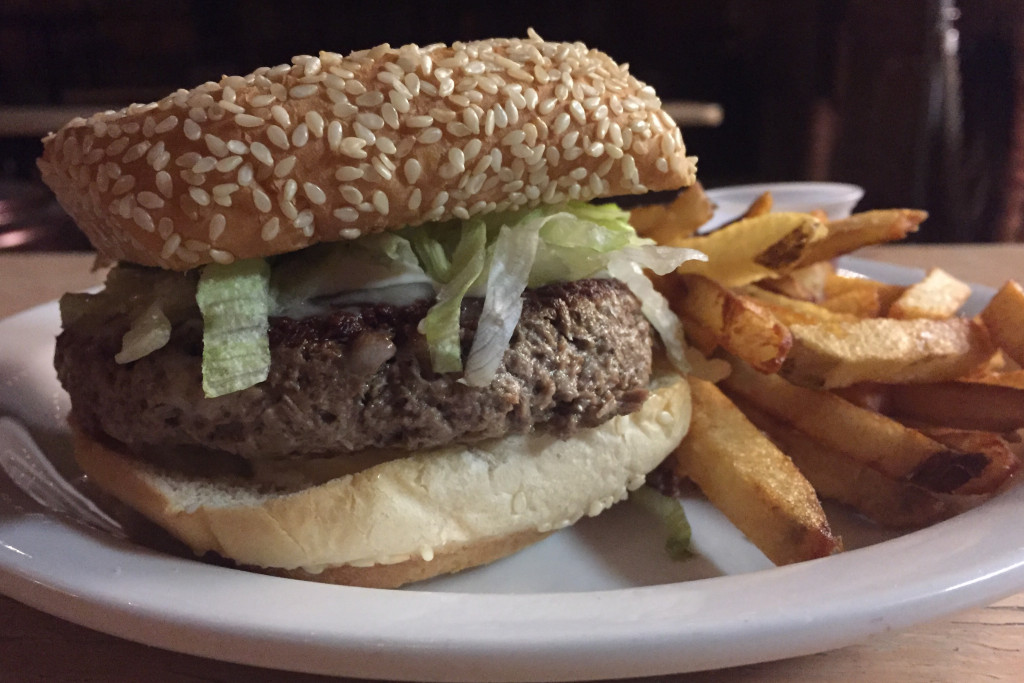 Looks like a normal burger, right? But it’s not! Photograph by Caroline Cunningham

You’ve surely heard by now about the hot, new (sustainable!) food trend: burgers that look, taste, and even bleed like real burgers, but are actually made of plants. Crazy, right? There are a few companies in the imitation-burger game now — including the Beyond Meat burger, which you can now try at Whiz Kid and the Impossible burger, which we discovered on the menu at Frankford Hall, but is also served at Bareburger — but until last night, we’d never sucked up the courage to try one.

If you’re used to eating juice, beefy, greasy patties, it’s hard to believe that a bunch of mushed-up plants could possibly compare. On the Impossible Foods website, the ingredients are listed, showing that the “burger” includes wheat protein, coconut oil, yeast extract, salt, and soy protein —but no animal meat. There’s nothing quite as disappointing as biting into something you think will taste one way, only to find out it doesn’t (have you ever tried unsweetened chocolate? Yeah. It’s bad.). So we wondered (in our best Carrie Bradshaw voices): Would the Impossible burger be a massive taste-bud disappointment? 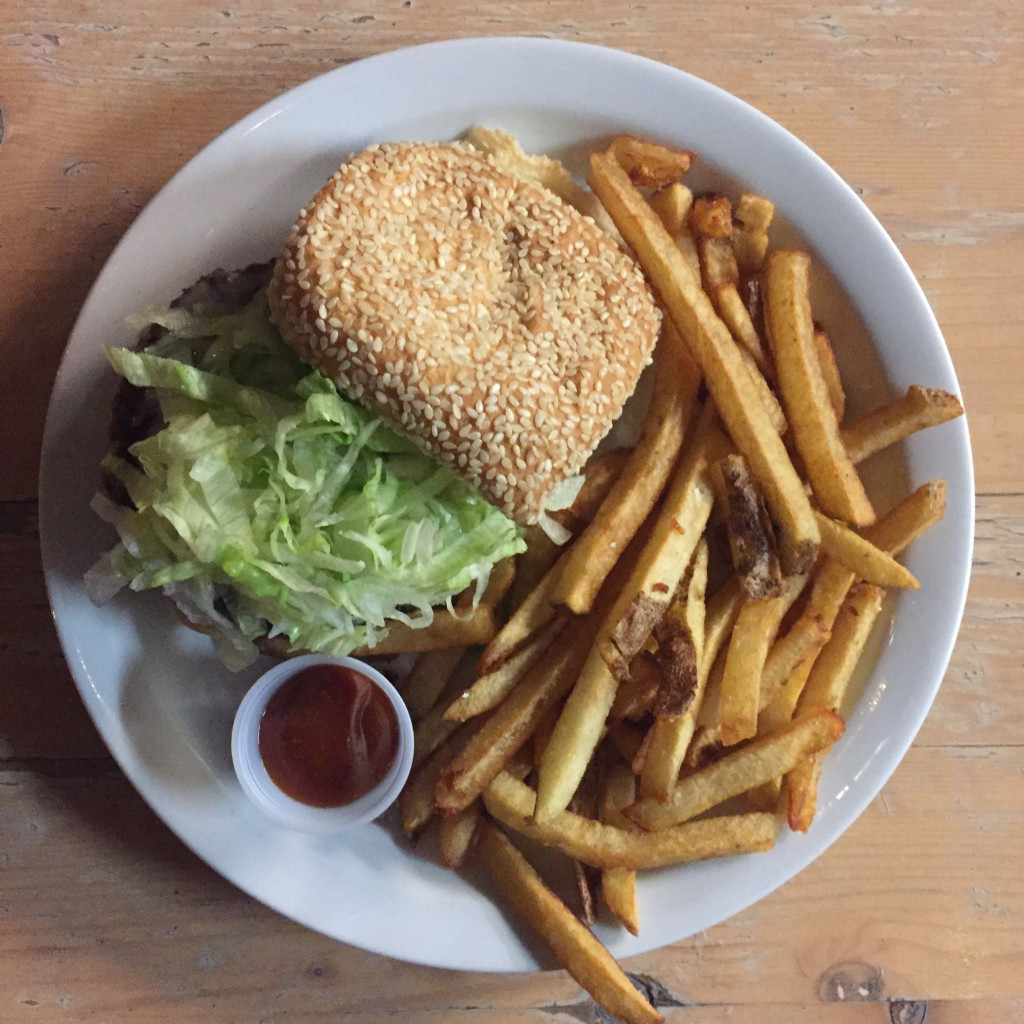 Frankford Hall now serves the Impossible burger, which is $14 on their menu. Photograph by Caroline Cunningham

Good news, you guys: The thing is freaking delicious. I was genuinely surprised by the “real” burger taste — there was a distinct “gamey” flavor to it that, while not as strong as a regular burger, was giving my tongue some serious lamb-meat vibes. According to Impossible Foods’ site, that flavor comes from the leghemoglobin (a.k.a. “heme”), which is a iron-containing molecule found in both plants and animals.

The texture of the burger was also similar to meat, but not quite as chewy. The consistency of the patty was more mashed potatoes than hockey puck, which meant that it kind of oozed out of the bun a little bit with every bite. Ultimately, with the burger slathered in special sauce and sandwiched on a sesame seed bun, it was pretty dang hard to tell it apart from the real deal. 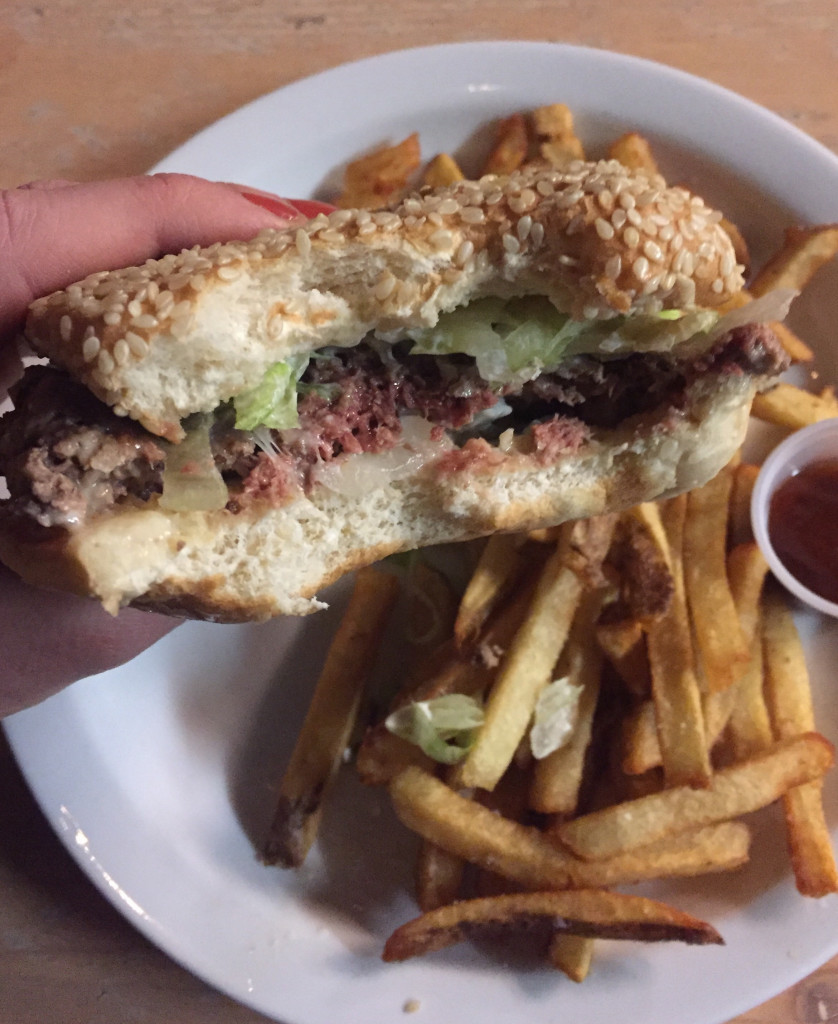 We can’t believe it’s not meat, either! Photograph by Caroline Cunningham

Given that this burger, and other science-made ones like it, could help cut down on our dependence on livestock — which have major effects on our planet’s health and greenhouse-gas emissions — and it’s vegetarian-friendly, we’d pretty happily swap it for our beef patties any day.