They're serving up Beyond Meat burgers with sips from Tuckahoe Brewery on December 6th. 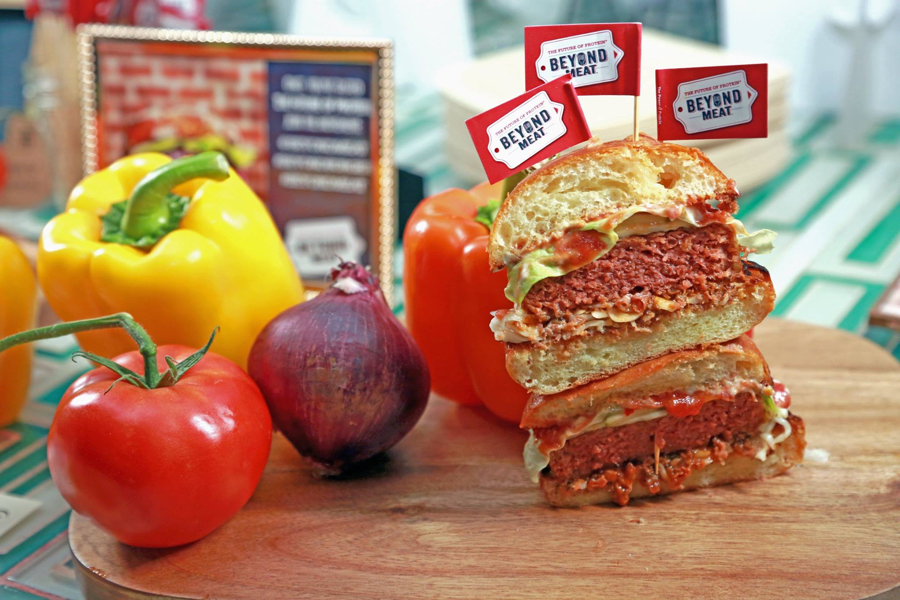 Rich Landau has blown our minds with vegan cheesesteaks at that are as good (if not better) than their meaty counterparts — the Vedge chef even built his latest concept, Wiz Kid, around them. And now, he’s taking on vegan burgers.

On Wednesday, December 6th, Wiz Kid will host New Jersey’s Tuckahoe Brewery for a night of burgers and beers. Landau’s crew will be cooking up Beyond Burgers, the soy-free, gluten-free, I-can’t-believe-it’s-not-meatless wonders made by Beyond Meat.

The burgers will be served on (of course) a toasted potato bun and dressed up with vegan smoked Gouda, lettuce, tomato, onion, pickles, and “special sauce.” Landau assures us that these will be “the best veggie burger[s] you’ve ever tasted. For real.”

Beer-wise, Tuckahoe will be hanging out and pouring their citrusy Parum Sole Table Sour and Reed’s Bay, an American-style IPA.

Burgers start at 5 p.m. and will go until 9 p.m. or until they sell out. They’re not taking reservations, so we recommend lining up early for your serving of vegan burger and beer heaven.