"And that’s what we want to share with these people who don’t think that yoga is for them — it’s active, it’s tactical and it’s dynamic." 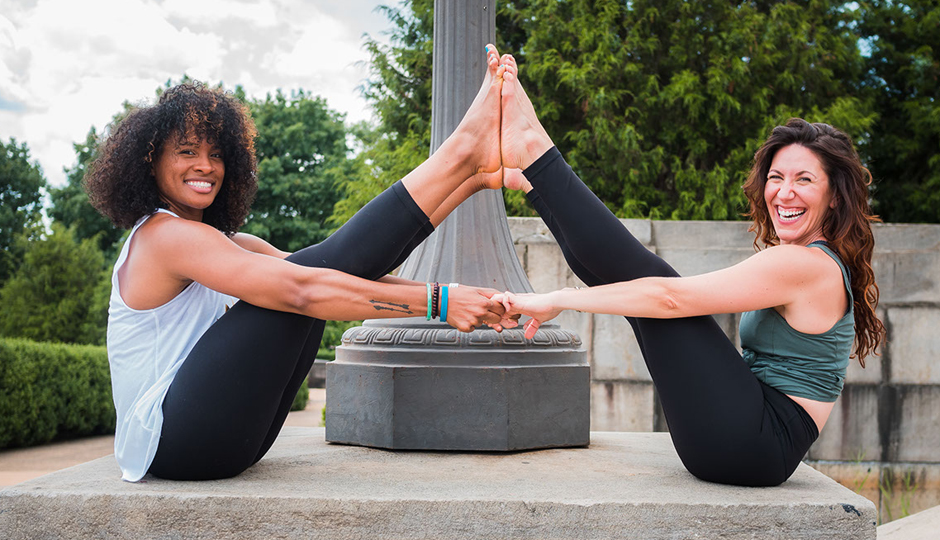 “I can speak from personal experience that once I started yoga, all these other areas improved exponentially. Once I began yoga, I learned a lot about my body. And that’s what we want to share with these people who don’t think that yoga is for them — it’s active, it’s tactical and it’s dynamic,” says Sheena Ohlig, the co-founder of the soon-to-open TORC Yoga, slated to open somewhere on Old City’s 2nd Street (they are keeping the exact studio address a secret, though they confirm they have signed a lease and are in the build-out phase) later this summer.

Those “other areas” that Ohlig, both a personal trainer and yoga instructor, is talking about include activities like bodybuilding competitions and Brazilian Jiu Jitsu training. Her point? Yoga, a practice that often receives eye rolls from folks who consider themselves athletes, has been crucial to upping her athletic performance. And that’s what she and TORC co-founder Kristin Monzo, also a Philly yoga instructor, want to show people who might not think yoga is for them — that yoga doesn’t have to be this slow-paced experience, full of oms and om-friendly music. It  can be a functional and important component of your training routine — complete with rap music.

Ohlig and Monzo, who’ve both taught at Philly-area studios for years, are calling the form of yoga they plan to teach at TORC “Tactical Vinyasa.” So, what does that mean, you ask? Well, they say their 60-minute heated classes (temps will be in the low 90s) will take you through a power flow while very purposefully incorporating primal function movements designed to help you perform better outside of the classroom, whether you’re a dancer, a firefighter or, like Ohlig, a professional bodybuilder. As Ohlig says, “We want to appeal to CrossFitters, athletes, fire and rescue workers … the people who think that yoga is just for relaxation and resting. We want to show them that this is something that can create strength in a way that will come in handy in the things they do at work.”

The vibe of the studio will match up with their out-of-the-box approach to the practice. “Everything that’s expected of yoga, certain songs, sounds and words, we’re trying to go against that a little bit. Being unexpectedly challenging, giving people songs they don’t expect to hear. We’re not what you think yoga personalities will be,” Monzo says. Ohlig confirms this, saying, “I’ve always considered myself a meathead, more or less.”

And it’s worth noting, while one of their aims is to convert yoga skeptics, if you’re already a yoga devotee, you’ll probably enjoy their classes, too. Between the both of them, they have nine years of teaching at popular Philly-area yoga studios (think: Anjali, Yoga Habit, and more) under their belts.

Now, about the studio. They’re waiting to reveal the exact location, but they tell us it will be housed in a second-floor space on Old City’s 2nd Street. They’ll have two classrooms, one for heated yoga classes and one primarily for private sessions. And — wait for it — they tell us they plan to offer child care for every single class, at least to start. They’ll also have a lounge space, along with men’s and women’s changing rooms, complete with showers, two for women and one for men. Drop-in classes will cost you $24, or a monthly unlimited membership will run you $155. They’ll also have class-pack options.

They plan to kick things off with a soft-opening in August, then they’re planning to have a grand opening in early September, though exact dates are still up in the air. You can keep up with them on Instagram here to see studio renovation photos and learn where, exactly, the studio is located, and when they’ll be opening their doors.