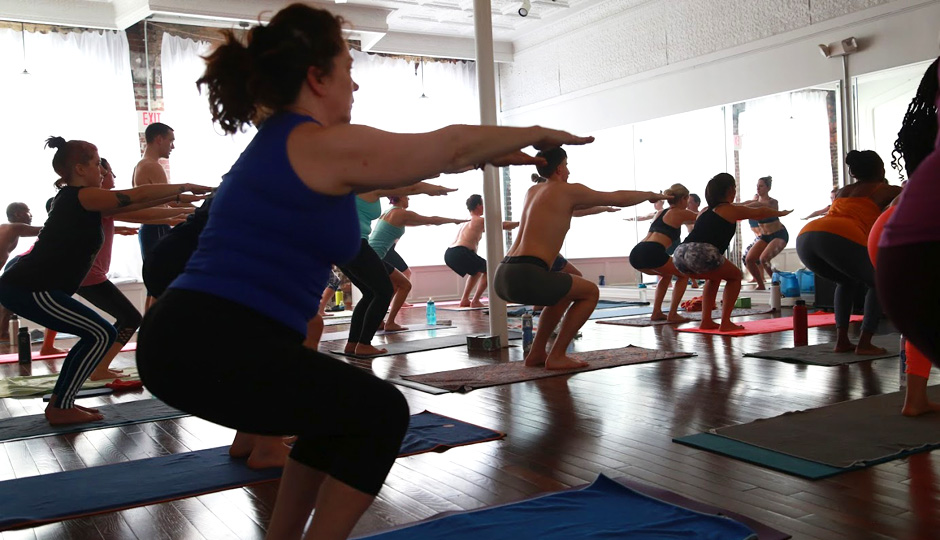 It’s official: I can’t keep up. There seems to be a never-ending stream of fitness studios pouring into Philly, and now we’ve got three more to add to the list. Over the next few months, we’ll be getting new outposts of JTown Hot Yoga and GFit Women, both of which already have studios in the area, and the Bar Method will be moving into town with its first Philly-area studio. Learn more about what to expect from each of them below.

Along with expanding their Jenkintown studio (come May, the Jenkintown outpost will have doubled in space, from 2,000 to 4,000 square feet, adding a classroom), this hot yoga studio will set up a second location in Manayunk this spring.

As owner Stephanie Weinstein tells us, the studio, which leads a range of heated yoga classes, is all about “getting real people in here and moving their bodies. We want to talk to the people who don’t already do yoga — people who might not want to chant or om and show them you don’t need to chant and know about your chakras” to get your downward dog on. Before quitting her job to open JTown, Weinstein says, “I was a mortgage broker who had high blood pressure and couldn’t touch my toes.” Then one day she walked into a yoga studio and the rest is history. So she knows a little something about becoming a yoga convert herself.

The new 3,000-square-foot location, which will have one studio room, a handful of showers and a retail space, is slated to open June 1st. (And do note: They’re running a special of $699 for a full year of yoga at both of their locations right now, which is quite the steal.)

Founder Allison Schwartz has described GFit Women workouts as CrossFit-like, but for women only — and starting this weekend, GFit trainers will be leading the workouts out of a third location, this one in Media. Expect high-intensity group fitness classes — with plenty of girl power — paired with customized nutrition plans, complete with grocery lists, for all members.

Soon, Pennsylvania will get its very first studio from this San Francisco-based franchise barre studio, with a 3,500-square-foot Rittenhouse location. The studio is an OG in the boutique fitness world, having been around for over 20 years. And, while they have a pretty big presence in New Jersey, this will be their first Philly outpost.

The Rittenhouse studio will boast two studio classrooms, child care, a retail section and locker rooms, along with coffee on-site (because why not make people’s lives easier, right?). In terms of what to expect from the sweat session, Rittenhouse studio owner Gina Russo says the hourlong full-body barre workout, like most, uses isometric exercises to strengthen and tone, and pairs those with a serious stretch session to elongate and lengthen muscles. And she points out that it’s an all-ages workout: As she says, “It’s safe for anyone of any age or athletic ability. My mom’s 70 and she does it. It’s not going to wear and tear your body.” Russo says she’s aiming to have the studio’s doors open by late summer.