16 Philly Fitness and Foodie Openings to Be Excited About Now

Bored of your usual sweaty haunts? No problem: There are plenty of new and soon-to-open spots to add to your bucket list. 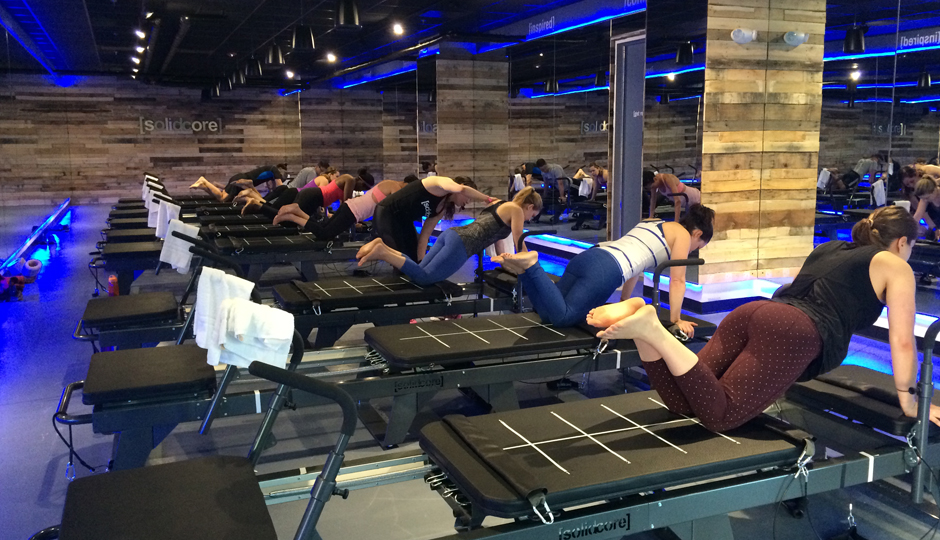 If you’ve grown bored of your usual sweaty haunts — and your usual post-workout grab-and-go meals, too — do note: There are plenty of new spots for you to write down on your bucket list. Here, we’ve rounded up 16 fitness and healthy foodie openings in Philly to be excited about now, from boutique fitness studios and juice shops that just opened their doors, to soon-to-open produce markets, Megaformer studios and jaw drop-inducing fitness clubs. Here’s to switching it up!

Barre3 Rittenhouse
Where: 1500 Sansom Street, Center City
Opened: February 2017
This two-classroom studio is a truly beautiful place to get your sweat on, and the first Philly outpost outside of the ‘burbs for the barre-studio franchise. Be warned though: Your legs will be shaking well after class ends.

Hatch
Where: 250 West Lancaster Avenue, Wayne
Opened: March 2017
This new spot in Wayne serves as a sort of catch-all when it comes to wellness for expecting mothers and new moms, offering a wide range of pre- and post-natal fitness classes, plus nutrition services, educational workshops, access to nurses, support groups, and more. You can opt to try services at a drop-in rate (fitness classes are $35), or spring for a membership for access to the whole kit and caboodle. And yes: There is child care. 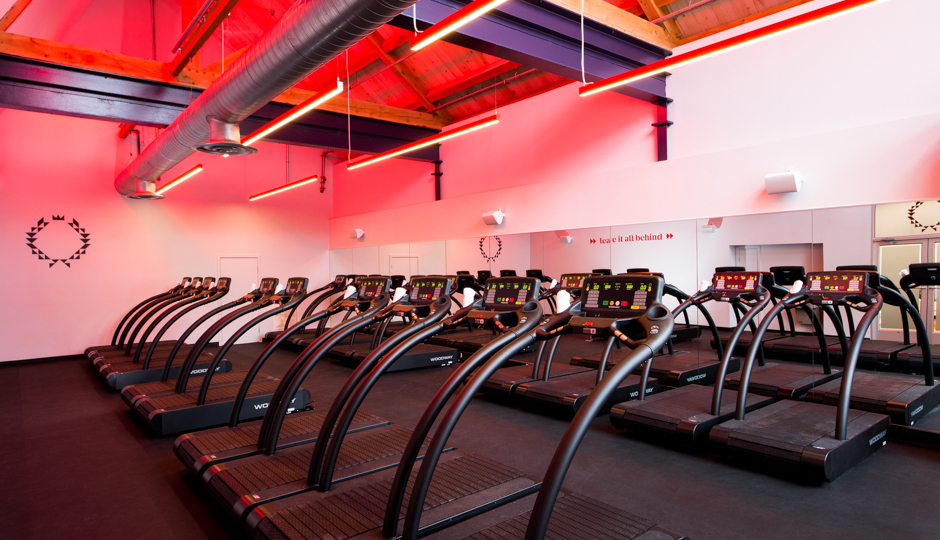 Incline Running
Where: 519 West Lancaster Avenue, Haverford
Opened: January 2017
I know what you’re going to say: Running on the treadmill sucks. But squeezing in a session at this newly opened studio, the first treadmill studio in the area, is not the same as plodding away on the clunky treadmill in your apartment building’s basement gym. There are colored LED lights that change with the rhythm of the class. There is loud music. And there are running coaches to help you keep pushing when you want to press the big red stop button.

River City Outpost
Where: 4414 Main Street, Manayunk
Opened: February 2017
At this cute slow-food cafe and market, you’ll find everything from gluten-free brownies to locally made, natural yoga-mat cleaner to the spice you forgot to buy for whatever you’re whipping up for dinner that night.

SurroundCycle
Where: 36 Richboro Road, Newtown
Opened: February 2017
The owners of this indoor cycling studio tell us they want people to feel like they just stepped off of their favorite Disney ride when they hop off their bike at the end of a class. To make that dream come true, they’ve outfitted the uniquely elliptical-shaped studio with fancy-shmancy sound and light systems and leaderboards that can be arranged in a ton of ways to boost motivation. And their class schedule offers nice variety — think: themed rides and combo classes — for the easily bored.

Stripp’d Juice Fishtown
Where: 1424 Frankford Avenue, Fishtown
Opened: March 2017
Stripp’d Juice has opened its second outpost, this one in Fishtown, and with that location comes a longer food menu (think: all sorts of bowls, savory and sweet, avocado confit, and more) and, of course, their bottled cold-pressed juices. Mmmmmm.

Bryn & Dane’s Bryn Mawr
Where: 909 Lancaster Avenue, Bryn Mawr
Target opening: Spring 2017
Last month, Bryn & Dane’s announced plans for a 100-location expansion over the next five years (impressive, we know), but what you should be focused on right now are the three new locations the healthy fast-food spot, known for its smoothies and guilt-free takes on a fast food, is slated to open over the course of the next few months. Woop, woop!

Bryn & Dane’s Center City
Where: 834 Chestnut Street, Washington Square West
Target opening: Summer 2017
As mentioned above, the healthy fast-food spot has a slew of new locations in the works for us this year, but this will be the chain’s first location in the city. Get ready, office workers!

Bryn & Dane’s Malvern
Where: Route 29 and Atwater Drive, Malvern
Target opening: May
One word for this Bryn & Dane’s location: drive-through.

Just Salad
Where: 1729 Chestnut Street, Rittenhouse
Target opening: Spring 2017
Lunchtime favorite Sweetgreen (um, have you seen that lunchtime line?) is about to get some competition on Chestnut Street with this NYC import, which slings salads, wraps, grain bowls and soups, using local and organic ingredients when possible.

Riverwards Produce
Where: 2200 East Norris Street, Fishtown
Target opening: Early April
Consider this new spot, a permanent outpost from the folks behind Fishtown’s produce-slinging pop-up of last summer, a teaching grocery store of sorts: They aim to provide great products — think: lots of local produce, bulk items, local dairy, and more — at prices that won’t make you roll your eyes, along with the resources to turn those items into an awesome meal. Think: a mini cookbook library of sorts, budget-friendly recipes for the taking, and the occasional cooking demo. 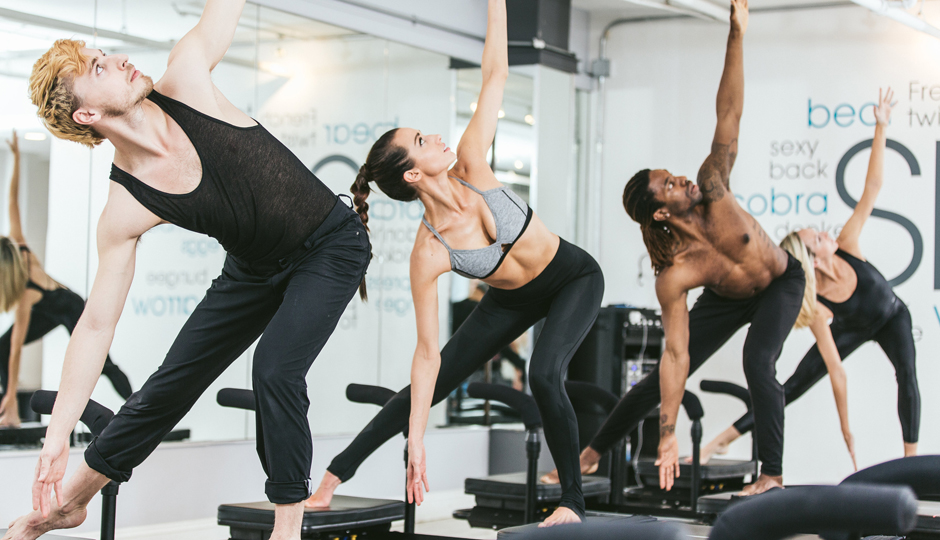 SLT
Where: 1625 Walnut Street, Rittenhouse
Target opening: Late spring 2017
This NYC import is bringing their muscle-shaking, calorie-burning (they claim one 50-minute session can burn up to 700 calories) workout to Rittenhouse this spring, with a 2,500-square-foot studio above the Walnut Street Free People store, complete with 12 machines for group classes, a private studio room with two more machines, and a whopping three bathrooms. That may be the best student-to-bathroom ratio at any Philly workout studio yet.

Solidcore Rittenhouse
Where: 2116 Chestnut Street, Rittenhouse
Target opening: June
Solidcore is making quite the mark on the Philly fitness scene: The studio, known for its 50-minute workout done on a reformer-like machine dubbed the Sweatlana, just opened its first Philly studio in September of 2016, and now, after opening a second location in Bryn Mawr in December, they have plans to open their third Philly outpost, this time in Rittenhouse. So despite the slow-as-molasses moves their classes are known for, when it comes to business, they move fast.

SWEAT Fitness
Where: 1 South Broad Street, Midtown Village
When: April 15th
SWEAT Fitness announced at the end of last year that they’d be shuttering their Arch Street location and trading those digs in for a brand-spankin’-new 25,000-square-foot outpost on Broad Street, designed to offer more of a boutique feel. The boutique feel comes in the form of more group workout classrooms and a doubled group-class schedule, complete with everything from apparatus Pilates to spin to barre. They’d originally planned for an ambitious February opening, but the opening has now been pushed to April.

Life Time Fort Washington
Where: 375 Commerce Drive, Fort Washington
Target opening: Spring 2017
Think of Life Time as a fitness club on steroids. Case in point: This 115,000-square-foot location (really), which will be their second in the Philly area, will boast a — wait for it — 50,000-square-foot outdoor pool deck. (They are big on water slides.) And along with studio classrooms for their signature fitness classes and a full gym, each Life Time location also features a spa and a LifeCafe. See what I mean by the whole fitness club on steroids thing?

Life Time King of Prussia
Where: 750 Swedesford Road, Wayne
Target opening: Summer 2017
This location sounds like it’ll be just as impressive as the mammoth Fort Washington outpost, complete with the club’s fancy-shmancy locker rooms (with both dry and steam saunas), four squash courts and 45,000-square-foot outdoor pool deck. After you pick your jaw up off the floor, do note that Life Time also has plans to open a flagship location in Ardmore’s Surburban Square, but that won’t be until late 2017.