Jon Wallin started running every day nine years ago — and he hasn’t taken a break yet. Not for his wedding. Not for the birth of his son. Not for anything. 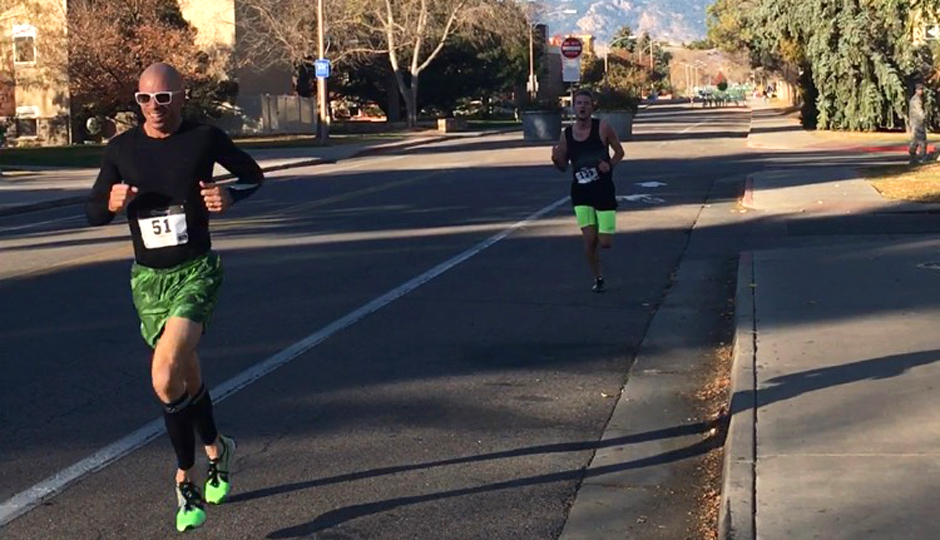 Jon Wallin has run at least one mile every day since 2008.

You know how once February hits, it can get hard to keep up with your New Year’s resolutions? Well, here’s some motivation to stick with yours: Local runner Jon Wallin hasn’t quit his New Year’s resolution since 2008. The 37-year-old runner has been running every single day since January 2nd, 2008. Naturally, on some days over the past near-decade it was almost impossible to get his run in — but he still ran. Yep: Every. Single. Day.

Inspired by another runner, he started running every day back in 2008, when he says he needed to make some changes in his life. “I had too many negative addictions. I needed a positive one,” Wallin says. Wallin got the idea from a 50-year running streak by a running legend in Miami, Robert “The Raven” Kraft. At the end of 2007, Robert Kraft was eclipsing 100,000 miles during his running streak that began in 1975. He’s still running today, and was a huge inspiration for Wallin to start his own personal challenge.

Like we said, it hasn’t always been easy, though. “Once I was deliriously sick,” he says. “It was a cold, rainy night and it was getting late. I was too sick to drive. My wife drove me to the gym and waited while I got my very slow mile in. Another time, I had a severely sprained ankle, and for about a week or two I’d run late at night, stay up after midnight and run again. I was trying to maximize rest time.”

Wallin lives in Springfield with his wife Sam and baby son Cal (short for Caleb), who is just under 18 months old. His wife and baby Cal are both incredibly supportive of him — Cal is often found at his dad’s races rocking a “Daddy’s Running Buddy” tee. And, after run streaking for so many years, the family knows that planning is crucial: “Running on important days like my wedding, the birth of my son or vacationing to Paris have been planned out well in advance,” he says.

His advice to runners finishing up #RunStreakPHL, and runners in general, is simple: “Stretch a lot, sleep well, and eat well. Don’t ditch junk food entirely — just don’t make it your recovery food. I recently did a long run of 14 fast and hilly miles where I felt quite comfortable. Not only was I happy to see my progress, but I knew I owed a lot of it to my recent quality of sleep and my emphasis on using ice and stretching. If you aren’t getting enough sleep, it affects everything and it’s easily overlooked.”

Wallin says #RunStreakPHL in February is a great time for him because the whole city is running every day, too. “I definitely enjoy the company,” he says. “Running can be a lonely sport. The more people doing it together, even through social media, provides motivation. And maybe we’ll add a few more year-round run-streakers in the process!”

He’s currently training for his next race, the Broad Street Run, and says, “I’ve been strength and endurance training for months. Next I’ll start speed workouts and sign up for a tune-up race in mid-April. Beating last year’s time won’t be easy, but it’s so worthwhile when I do.”

He plans to continue his running streak indefinitely. Now, he says, it’s become a part of who he is — and makes him feel connected to something bigger. “Running goes way beyond the road,” he says. “Its parallels to life are eerily similar. If after every mile, every day, every week, every year, you aren’t learning something, you’re not paying attention. Aside from the obvious health benefits of running, I feel like the streak gives each mile more purpose. It makes me feel like I’m a part of something. As I’ve gotten older I realize how important that is.”

And in case you’re wondering what counts as a run on any given day: “One continuous mile,” Wallin says. “Just one.” That’s right, runners. It just takes one mile. Just one. So what are you waiting for? Lace up your sneakers and get out there.