6 Must-See Philadelphia Museum Exhibits to Check Out This Winter

By Victor Fiorillo and Patrick Bilow· 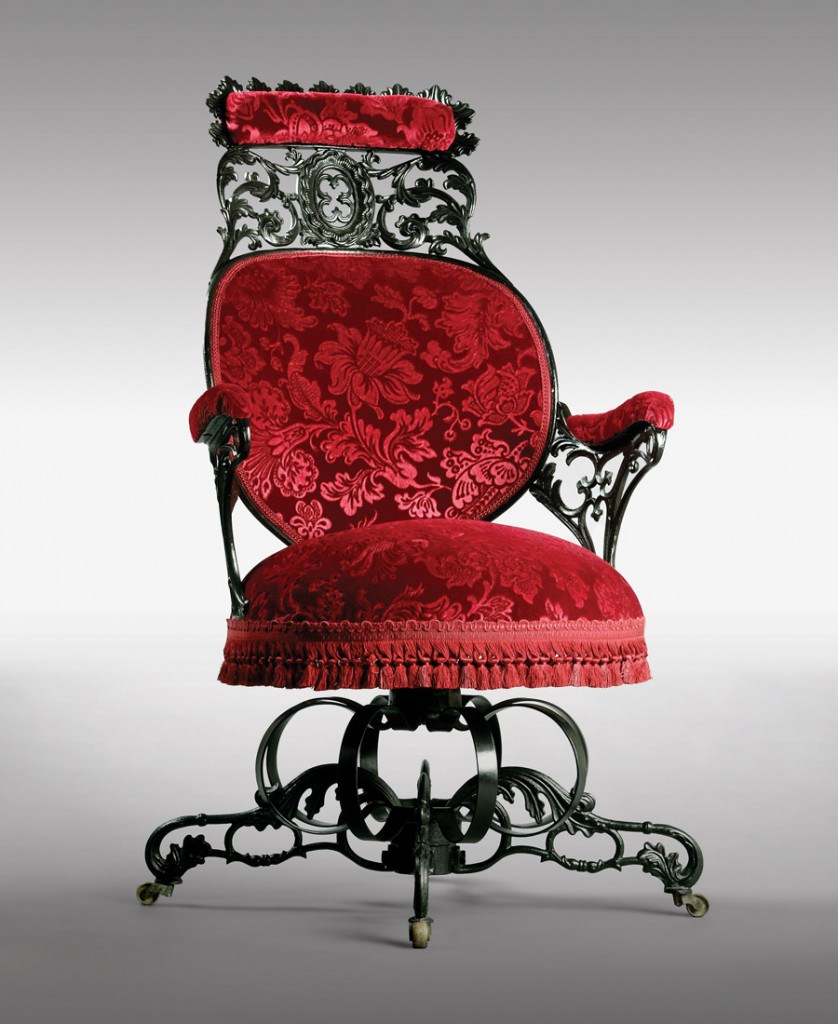 A circa-1850 chair designed by Thomas E. Warren for the American Chair Company, based in Troy, New York. This chair is a part of one of the Philadelphia museum exhibits you can explore this month. Photograph by Michael Koryta and Andrew Van Styn, director of Aquisitions, Conservation, and Photography 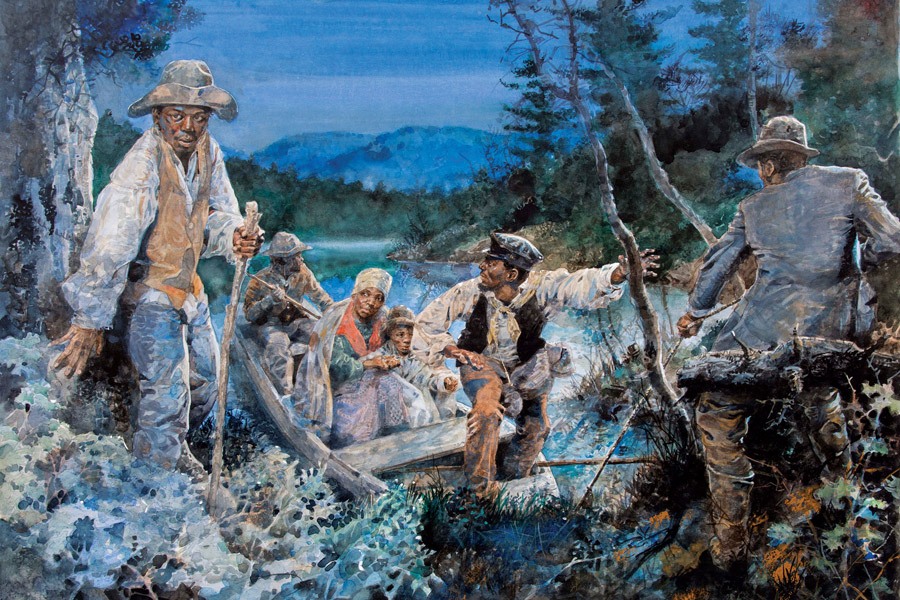 From Bondage to Freedom by Jerry Pinkney, from the National Park Service’s Underground Railroad Handbook, is one of the pieces you can see at Philadelphia museum exhibits this season.

Where: Woodmere Art Museum, 9201 Germantown Avenue, Chestnut Hill
When: February 16 through May 12
Germantown native Jerry Pinkney, now almost 80 years old, is a lauded author, illustrator and artist whose vibrant works — which often focus on the history and struggles of African-Americans — can be seen in more than a hundred children’s books, in museums, and even on stamps. (He’s also a recipient of the prestigious Caldecott Medal, the highest honor a children’s-book illustrator can win.) You get it: He’s a legend worth knowing more about. Curator Rachel McCay is honoring this local hero with a retrospective of his work that includes blowups of his more intricate drawings and details on his artistic process, among other highlights. Both adults and kids are sure to find some inspiration here. 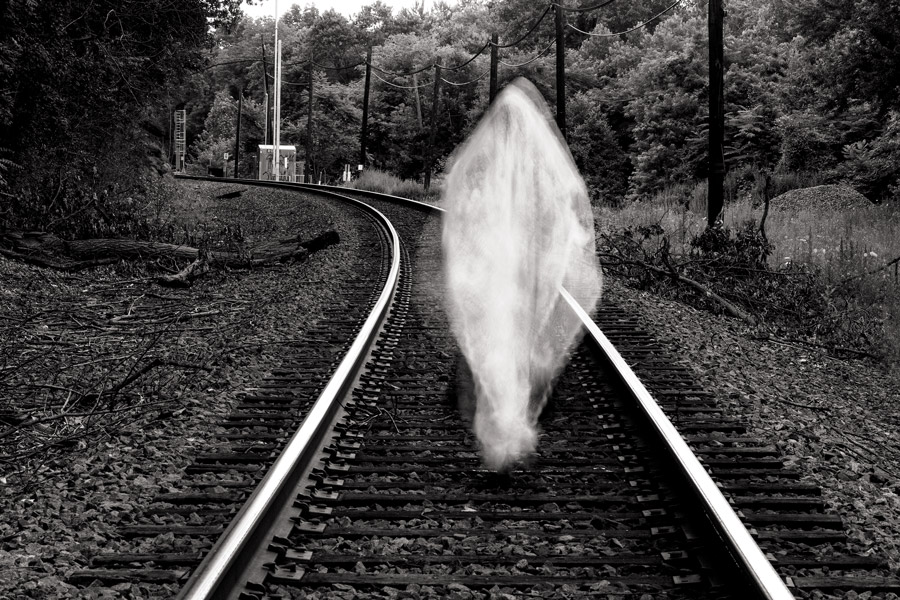 Where: PAFA, 118-128 North Broad Street, Center City
When: Through March 31
Most museums don’t showcase works by artists who are new to their media, but this special presentation at PAFA is different. The school joined forces with the Philadelphia Photo Arts Center (with funding from Pew) to bring renowned South African photographer Zanele Muholi to Philadelphia to run full-time photography residencies for 10 local women, many of whom usually focus on other artistic endeavors, like sculpture and the spoken word. The striking results are on display in PAFA’s Works on Paper Gallery. “They’ve been training all year and are ready to show their emotionally moving work dealing with identity, relationships, gender, queerness, family, gentrification and other subjects,” says PAFA curator Brittany Webb, who points out that the artists have already shown at a pop-up in Point Breeze and a community center in North Philadelphia. “We’re meditating on what is a museum and just who is it for.” 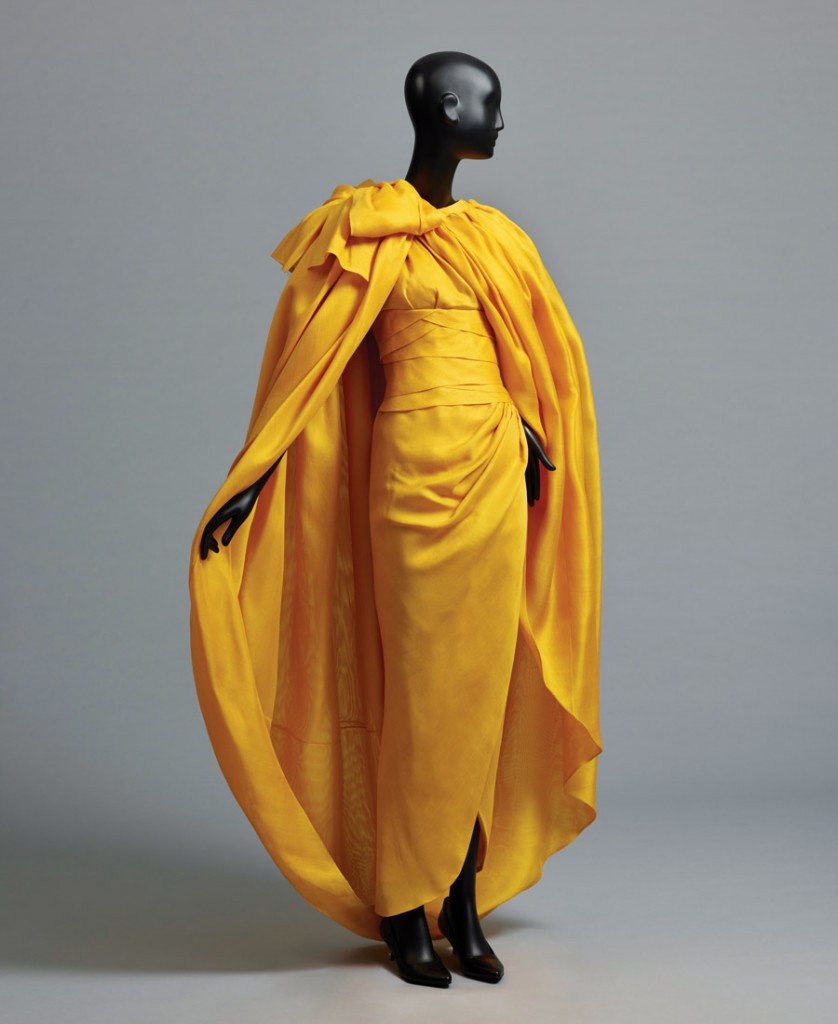 Where: Philadelphia Museum of Art, 2600 Ben Franklin Parkway, Logan Circle
When: Through March 3
You may associate PMA with Picasso, Warhol, and that cool medieval armor room, but it actually has one of the largest textile collections in the country, with some 30,000 objects. They’re rarely seen due to issues with fabric’s light sensitivity, so this exhibit, which examines women’s fashions from post-WWII to the present day, is as rare as it is gorgeous. Among the 60 ensembles on display — plus numerous accessories, including Grace Kelly’s wedding shoes — are outfits by all of the big-name designers of the past 75 years. “There is an increasing appreciation for fashion as an art form,” curator Kristina Haugland says of the timing of the exhibit. “And now, people are watching design competitions on television, so there’s just so much interest.”

The Art of Seating 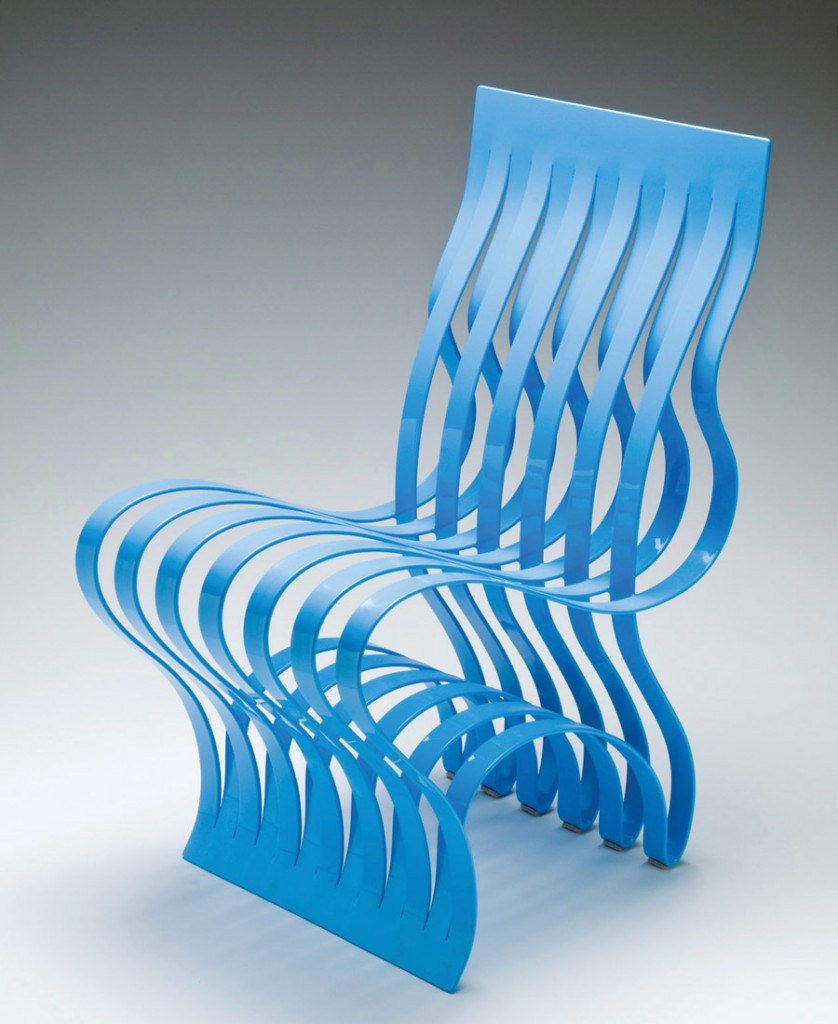 Where: Michener Art Museum, 138 South Pine Street, Doylestown
When: February 9 through May 5
Florida art lover Diane Jacobsen began collecting chairs that were made in the U.S. under the theory that furniture could tell a story of America’s evolution. Her private collection of 40 seats spans more than two centuries and takes us from the ornate designs of the Victorian era to the futuristic designs of Eero Saarinen. (You’ll also see chairs designed by Frank Lloyd Wright, Isamu Noguchi and Frank Gehry, to name a few.) “Chairs are ubiquitous,” says Michener executive director Kathleen Jameson. “And I think we kind of take them for granted. But what I love about this show is that it’s really encouraging you to take a step back and admire furniture.” 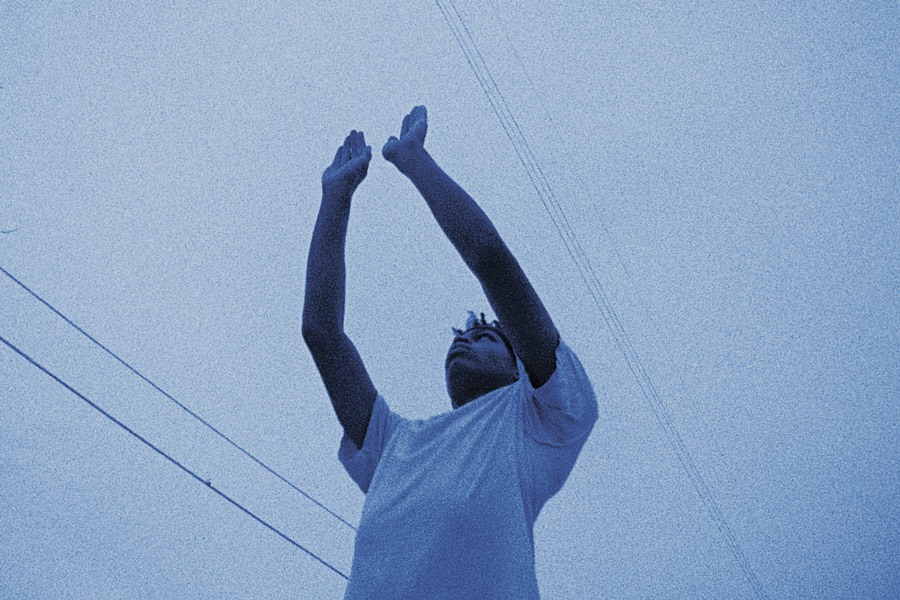 Where: Institute of Contemporary Art University of Pennsylvania, 118 South 36th Street, University City
When: February 1 through March 31
If the name of this exhibit gives you pause, that’s part of the point. ICA assistant curator Meg Onli pulled together this examination of the phrase, how it relates to slavery, and what it means to black people in America. She’s broken the concept down into three distinct shows, “Mundane Futures,” “Quotidian Pasts” and “Banal Presents,” that will run throughout 2019. Each chapter includes a mix of media (photography, paintings, videos) from up-and-coming American artists as well as objects like newspaper clippings and books that explore how black people have thought about time, their futures and the present in different eras. The name of the first exhibit came from a conversation Onli had with poet Claudia Rankine: “Claudia asked what her future would look like without white supremacy, and she said it would look very mundane.” In a good way, that is. “Mundane Futures” runs through March 31st; “Quotidian Pasts” runs from April 26th through August 11th; “Banal Presents” runs from September 13th through December 22nd. 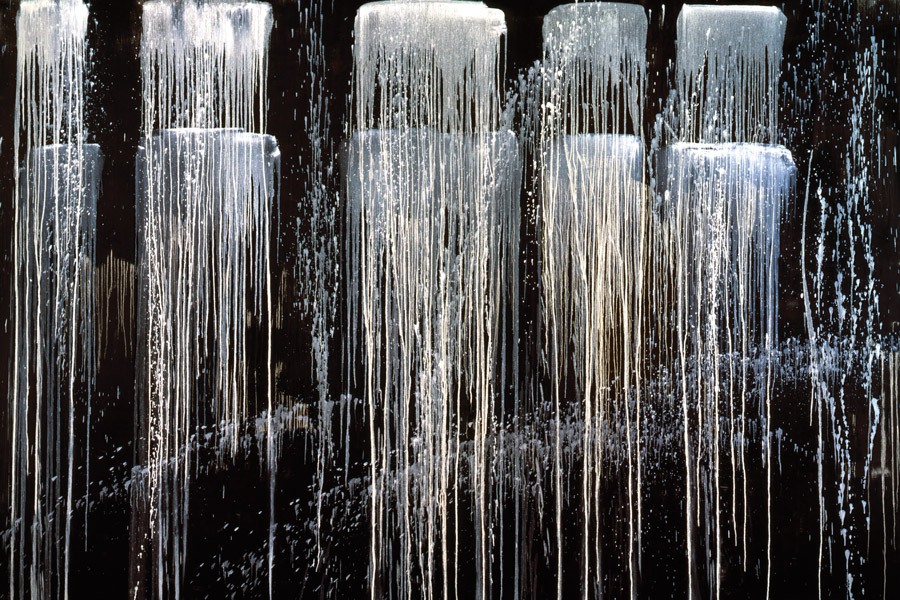 Where: The Barnes Foundation, 2025 Ben Franklin Parkway, Logan Circle
When: Through November 17
In the 1980s, artist Pat Steir became internationally known for her innovative technique: She would pour thinned paint onto the top of large canvases and allow it to fall freely to the ground, mimicking the natural flow of a waterfall. The Barnes Foundation invited Steir to create more of these iconic works in the form of 11 seven-foot-tall — and quite arresting — paintings. Barnes executive director and president Thom Collins calls Steir a groundbreaking female artist and “an absolute force.”