7 Great Amusement Parks You Can Drive to From Philly

Your guide to the best amusement parks within driving distance of Philly, specializing in everything you’ve been reminiscing about these past two years — from leisurely fun to pure thrills. 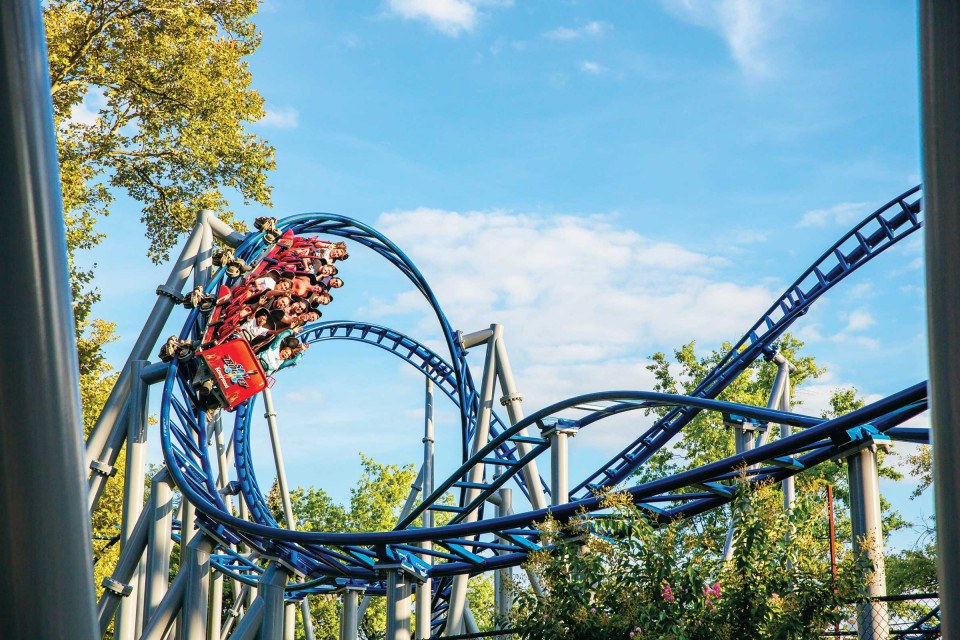 Whether your idea of summer fun involves high-speed, upside-down thrills or floating in a tube down a lazy river, your next adventure is just a car ride away. There are so many local (and local-ish) spots to choose from — some perfect for little kids, others full of coasters guaranteed to get your heart racing — but here are the best of the best. Now all that’s left to do is get your tickets, pack your SPF, and save us some funnel cake.

Located 20 minutes outside Pittsburgh, this park has been in business since before sliced bread. Kennywood grew in popularity in the early 20th century for its balance of thrills with more recreational activities. Nowadays, younger patrons can enjoy the Kiddieland section, while adrenaline seekers can check out Steel Curtain, Pennsylvania’s tallest coaster, featuring the most loops and twists in North America and the world’s tallest inversion.
4800 Kennywood Boulevard, West Mifflin.

This “kingdom for kids” is perfect for families, with 35 rides and attractions for the small set. The prehistoric-themed Exploration Island features fun in the form of boat rides and a lineup of 22 lifelike dinosaurs.
2249 East Lincoln Highway, Lancaster.

Parents of young kids need look no further than this family amusement park to catch up on memory-making. The theme park centers on characters like Mother Goose and the Three Little Pigs; rides include amusement-park standards­ geared toward tykes, like Bubbles the Coaster.
6415 East Black Horse Pike, Egg Harbor Township.

This quintessential park — complete with lodging, dining, entertainment, and an entire zoo with more than 200 animals — is home to several beloved roller coasters, including Skyrush. It’s 200 feet tall and runs at 75 mph, making its minute-and-three-second duration feel like a lifetime of exhilaration.
100 Hersheypark Drive, Hershey. 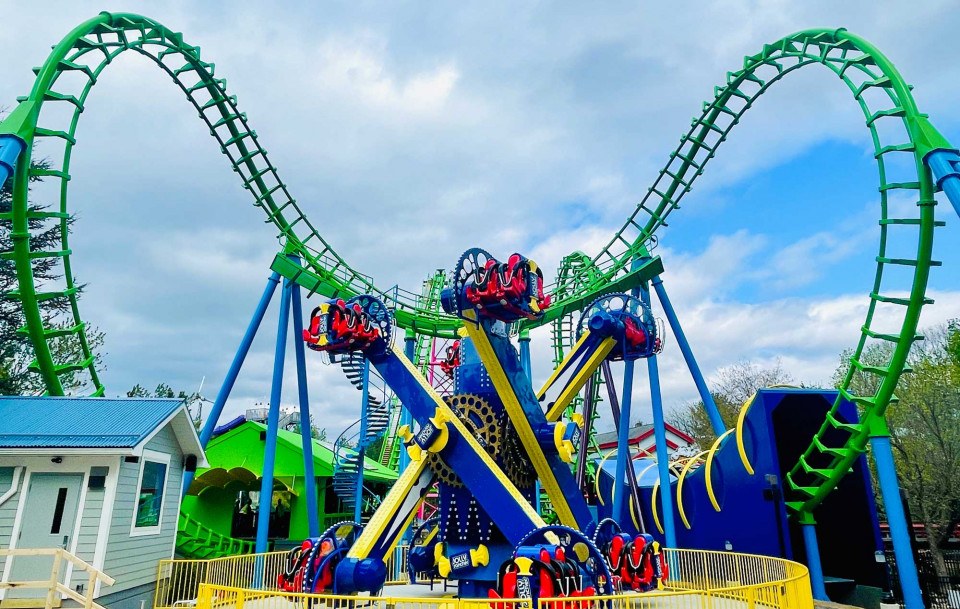 Tucked away in mountainous western Maryland, this four-season resort offers all the best parts of a rousing amusement park plus a leisurely summer retreat. In addition to canopy tours, zip lines and archery options, there’s a 3,500-foot downhill coaster through the greenery.
296 Marsh Hill Road, McHenry.

The sprawling Virginia theme park is split into 10 hamlets, each styled after a European country, with gondola lifts and a replica steam train to transport patrons among them. The vast park has a small but highly acclaimed array of rides — its award-winning Alpengeist has a whopping six loops.
1 Busch Gardens Boulevard, Williamsburg.

Take a trip to crab country for this crowd-pleasing Maryland theme park. Divided into six areas variously inspired by regions of the U.S. and fictional settings like Gotham, the park currently has nine roller coasters — don’t miss the Firebird, a rare floor-less coaster complete with a nine-story drop and two (gulp) inversions.
13710 Central Avenue, Bowie.

Published as “Joy Rides” in the June 2022 issue of Philadelphia magazine.