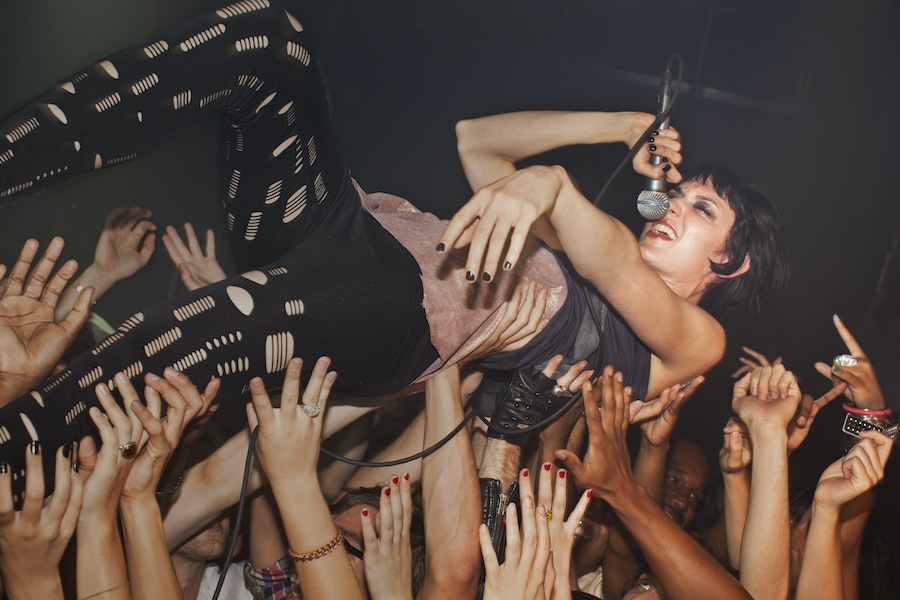 This could be you belting out “Don’t Stop Believin'” at the live band karaoke at MMRBQ, hosted by Preston and Steve (Getty Images)

Karaoke is one of those things that people seem to either love or hate. If you consider yourself a lover of karaoke, read on.

WMMR brings its annual MMRBQ music festival to the 25,000-person Waterfront Music Pavilion (formerly known as the BB&T Pavilion, Tweeter, etc.) in Camden on Saturday, May 21st. And for the first time ever, you’ll be able to karaoke there. Not just karaoke. Live band karaoke.

The Preston & Steve crew will be hosting live band karaoke on a secondary stage at the MMRBQ. But you can’t just show up and sing. They’re holding online auditions now.

Simply choose from a list of 52 songs, and post a video of yourself doing your best rendition on social media, with the tag #MMRBQ. Of course, “best” is a relative term, particularly when it comes to karaoke. If you’re not the greatest singer in the world, don’t worry about it. A big part of karaoke is having fun, sometimes being a little ridiculous, and giving it your all.

Available songs range from “Born to Run” by Bruce Springsteen to “Panama” by Van Halen to Stevie Wonder’s “Superstition.” And, yes, for those of you who think you can hold down all-time karaoke favorite “Don’t Stop Believin'” by Journey (which only lasts four minutes, eleven seconds but seems to be more like ten minutes when people karaoke it), that is available to you as well.

The folks at Preston & Steve are culling through submissions to come up with a list of semi-finalists, and then listeners will be invited to vote for their favorites leading up to the MMRBQ. Full details and song list here.

And if karaoke is not your thing, you can stick to the main stage. For the first half of the day, scheduled performers include Lilith Czar, Crobot and Philly bands Low Cut Connie and Huxley. Later in the day, it’s Living Colour, Royal Blood, The Pretty Reckless and Disturbed.

As part of a special Live Nation promotion, you can pick up tickets to MMRBQ (and a bunch of other concerts) for just $25 through May 10th. Doors open at noon and things kick off at 1 p.m. and don’t end until 11 p.m.