With New Director’s Cut, Stallone Brought a Much Better Rocky IV to Philadelphia

The movie legend showed up on Chestnut Street with his new director’s cut in hand. We went to see if it was all worth it. 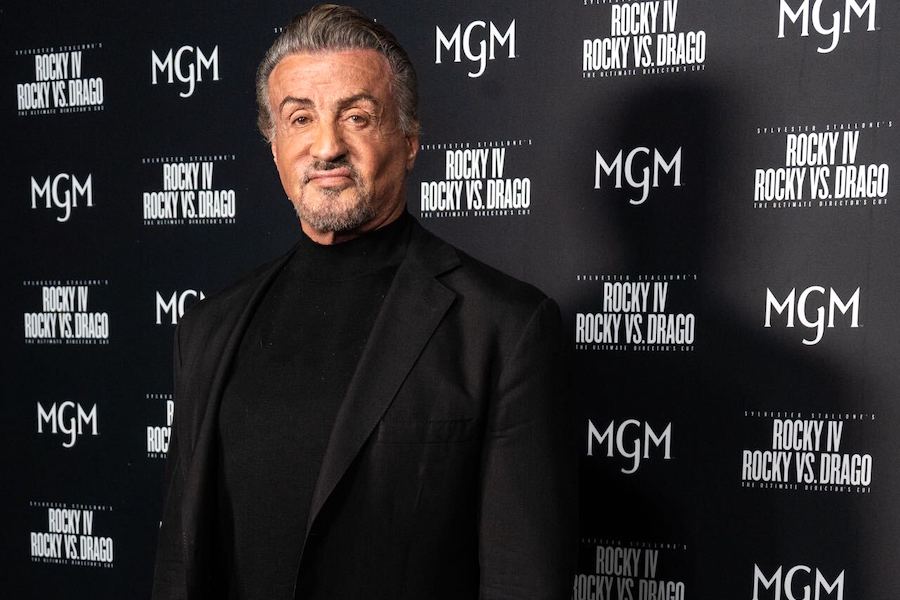 Sylvester Stallone at the world premiere of his Rocky IV director’s cut in Philadelphia on Thursday, November 11th (photo by Melissa Martens)

Philadelphia’s traffic situation is already a nightmare thanks to endless construction, road closures, and those controversial streeteries that are taking up so much space. But on Thursday night, the vicinity of Broad and Chestnut was especially crowded thanks to Sylvester Stallone, who brought his long-awaited (by some) Rocky IV director’s cut to town for its official world premiere.

Throngs of people crammed the street in front of the Philadelphia Film Center at the old Prince Theater to catch a glimpse of Stallone and fellow actor Burt Young, a.k.a. Paulie, Rocky’s brother-in-law in the film franchise. None of the other major actors from the Rocky movies attended.

Stallone and Young, who were reportedly staying at the newish W Hotel just across the street from the theater, did the whole red-carpet thing on Chestnut Street before proceeding to a press-only event in an upstairs room at the Prince. There, the pair was asked all the expected questions about the movies. Stallone revealed that he almost died during the making of Rocky IV because he was punched so hard in the chest. And Young talked about his great love for Philly, saying that he’d consider buying a home here. 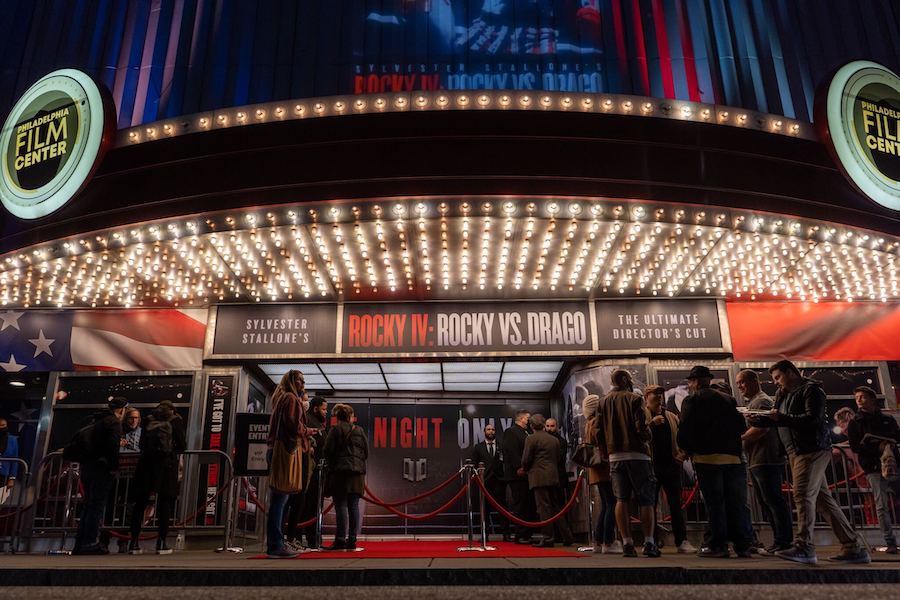 While all that was going on, the invite-only crowd, which was decked out for the movie premiere, took selfies, exchanged Rocky stories and observations, and sipped cocktails in the lobby of the theater. Around 8 p.m., the guests took their seats in the cinema for a live Q&A between Stallone and Turner Classic Movies personality Ben Mankiewicz, a conversation simulcast to theaters around the country that were showing the Rocky IV director’s cut for one night only.

Stallone talked about the enduring nature of the franchise. He said one of the biggest regrets of his Rocky career, other than making the truly abominable Rocky V, was killing off the character of Apollo Creed in Rocky IV. “I’m sorry, Carl,” Stallone said from the stage, referring to Apollo Creed actor Carl Weathers.

Stallone also offered a bit of tantalizing news for Rocky fans: The actor told Mankiewicz he’s working on an idea for a prequel TV series to Rocky, showing Rocky, Adrian and Paulie growing up in Philadelphia with the turbulent 1960s as a backdrop. Sounds like a sweet idea, though it’s a little hard to imagine anything Rocky without a lot of, you know, super-bloody scenes inside a boxing ring. But who knows?

After the 30-minute interview wrapped up, the crowd gave Stallone a standing ovation as lights swirled and the heart-pumping Rocky music played over the loudspeakers:

Then the movie began. And when that happened, something strange occurred. A good number of people began walking out of the theater. Not exactly normal at the start of a movie — certainly not at a world premiere. I found out later these people left to swarm the rear of the theater on Sansom Street in hopes of getting photos of the actor. Ah, celebrity/Instagram culture.

But back to the movie. The Rocky IV director’s cut was advertised to contain about 40 minutes of previously unseen footage. So you might expect the originally 90-minute movie to be more than two hours long. But that’s not the case; the director’s cut is about the same length as the first version. That’s how much Stallone took out and replaced. I’ve never seen a director’s cut with so many actual cuts.

The most noticeable thing Stallone removed was Paulie’s ridiculous robot that dated the movie the way composer Giorgio Moroder’s 1980s music dates Scarface. (Million-dollar idea: Do a director’s cut of that movie with better music.) Stallone added a couple of scenes, but most of the changes were the result of him slicing and dicing here and there and dramatically changing the fight scenes.

In an actually interesting new iPhone-shot documentary of Stallone’s process of making the director’s cut while the world was shut down in 2020, he explains that too many other people were trying influence the final product when he directed Rocky IV way back in 1985 — and that the process was rushed. Now, he got to call the shots himself. Plus, his other film projects were stalled in 2020 thanks to COVID, so he had all the time in the world.

Stallone said he wanted the Drago-Creed fight to be less of a slaughter and show that Creed actually put up a respectable fight — well, respectable against a towering giant filled with steroids. He also wanted to make Drago seem like less of an evil monster and more of a reluctant participant in a propaganda campaign by the Russian government. In this, Stallone succeeds: Both characters seem more human.

Listen, the Rocky IV director’s cut was never going to put the movie anywhere near the level of the first Rocky. That would just be impossible, and it’s silly to even suggest or expect it. Nor could it approach the sixth film, Rocky Balboa, which people assumed was going to be terrible but actually wound up being magical in its own way.

But the original Rocky IV, for all its flaws, was an incredibly entertaining movie. Rocky IV, it should also be noted, was the most successful film, financially speaking, of the entire franchise, which no doubt played into Stallone’s desire to make the director’s cut and the studio to allow it. Stallone has now made that movie better — I would say much better. It’s a must-see for any Rocky fan. And I’m pretty sure there are still more than a few of you out there.

On Friday, the Rocky IV director’s cut began streaming on Amazon Prime Video, iTunes and VUDU. Watch and see for yourself.

With reporting by Melissa Martens