The Franklin Institute Has Already Sold 39,000 Tickets to Its Harry Potter Exhibit

And it doesn't even open until February. Here's what you need to know about the world premiere of "Harry Potter: The Exhibition." 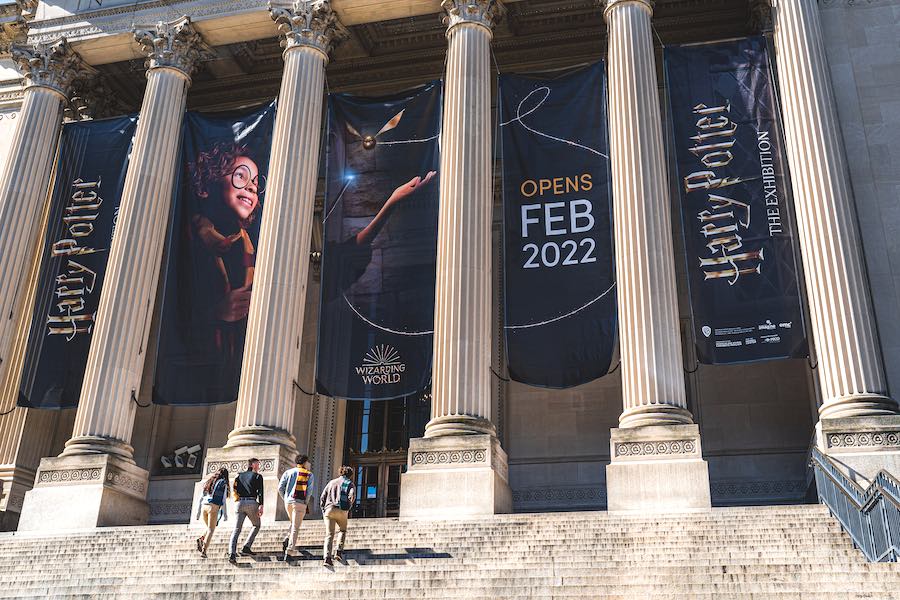 To say there is great enthusiasm for the upcoming world premiere Harry Potter exhibit at the Franklin Institute is putting it mildly. After a short members-only presale, tickets to the Harry Potter exhibit went on sale to the general public last Wednesday. And as of Tuesday morning, the total number of tickets sold stood at around 39,000.

For some perspective, we reached out to a spokesperson for the Franklin Institute, who explained that the advance sales for the Harry Potter exhibit — it’s technically called “Harry Potter: The Exhibition” — have already exceeded the advance sales for every other exhibit in the Franklin Institute’s history except for the 2007 King Tut exhibit and “Marvel: Universe of Super Heroes,” which ran at the museum in 2019. And this is for an exhibit that doesn’t even open until February 18th. So the Harry Potter exhibit could very well smash all records, given that there are still three months of advance sales to go. The exhibit is set to close in September 2022.

Tickets to the Harry Potter exhibit are timed, and daytime and evening options are available. Daytime tickets cost $39 for children ages three to 11 and $43 for anybody 12 and up, and those tickets include admission to the rest of the museum, which closes at 5 p.m. Evening tickets, which provide access to the Harry Potter exhibit only, are $30 flat. (Kids two and under are free at all times.) The evening tickets are only available Thursday to Sunday with timed entry starting at 5 p.m., and the exhibit closes at 8 p.m.

There’s also a “VIP” option. That $59 ticket gives you immediate access (meaning: no lines) at any time you decide to show up on the day you choose when you purchase the ticket. You’ll also get an “exclusive exhibition lanyard” and a discount on an audio tour and some sort of photo opportunity. That’s $236 (well, $248 once you tack on the “service fee”) for a family of four — two bucks less than the Philadelphia Museum of Art’s most expensive annual membership, which gets four adults into the PMA (and more than 50 other art museums around the country) as many times as they want. I guess it all depends on how much of a Potterhead you (or your loved ones) are.

That’s all well and good. But what exactly is the Harry Potter exhibit? After all, the Franklin Institute is a science museum. And wizardry and science are at pretty opposite ends of the reality spectrum. Well, according to the organizers, the exhibit will use “best-in-class immersive design and technology” to bring to life some of the most iconic moments in the movies and will showcase the actual technology and artistry that went into creating the films. You’ll also get to see actual costumes and props that appeared in the movies.

The Harry Potter exhibit is an especially big moment for the Franklin Institute, because this is the exhibit’s world premiere. After Philadelphia, “Harry Potter: The Exhibition” is scheduled to embark on a global voyage with stops in Latin America, Asia, the Middle East and Africa.