The best part of New York City doesn’t even feel like a city. 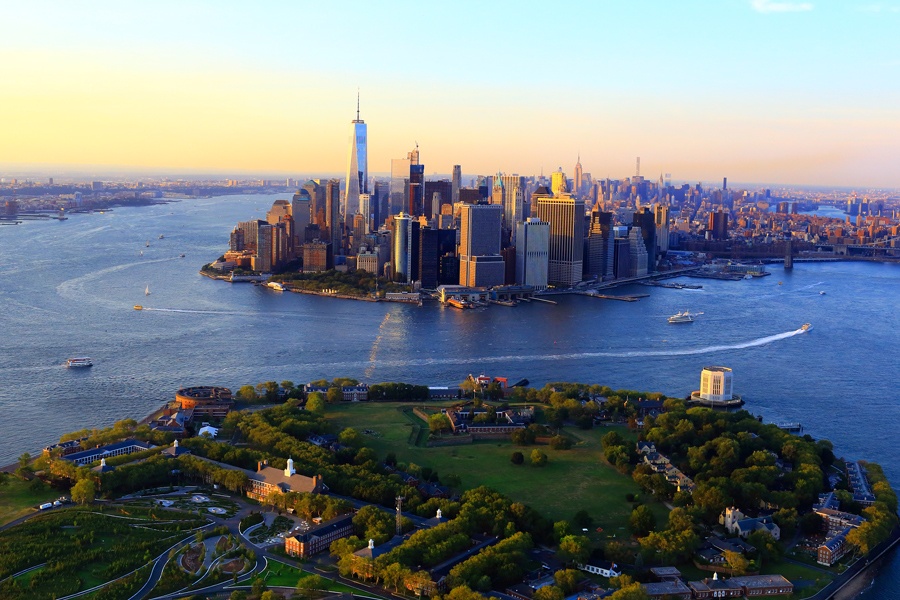 Governors Island, from above. Photograph by Maremagnum/Getty Images

The best part of New York City doesn’t even feel like a city. The onetime military base just 800 yards off Manhattan has gotten a major makeover and now has green spaces and bike trails, plus new bars, ­restaurants, a spa — all you need to feel miles away from city life.

Arrive
Ferries leave from Manhattan, at the Battery Maritime Building, and from Brooklyn, at Pier 6 at Brooklyn Bridge Park and Atlantic Basin in Red Hook. Reserve your $3 ticket in advance.

Breakfast
Stop by homegrown Joe Coffee at the Liggett Terrace food court to fuel up with a latte made from beans roasted in Queens’s Long Island City neighborhood.

Spa
Italian-based spa QC NY (day passes from $88) unveiled its first U.S. property this month, with saunas, steam rooms, and a Roman-bath-for-the-21st-century feel. Book a massage, or bob in the thermal pool with unobstructed views of the Manhattan skyline.

Ice Cream
Break for a few scoops of masala chai, lemon cardamom, or any of the other South Asian-inspired flavors at the outpost of Cobble Hill, Brooklyn-based Malai.

Happy Hour
One of NYC’s best breweries, Threes Brewing is pouring pints of hazy IPA out of a shipping container surrounded by a sprawling patch of grass with lawn games and lounge chairs.

Check In
Overnight stays on Governors Island are now open to the public thanks to Collective Retreats (from $254 per night). Plush tents come with private bathrooms, breakfast delivery, and waterfront decks overlooking the Statue of Liberty.

Published as “How to Explore Governors Island” in the “Escape to New York” guide in the September 2021 issue of Philadelphia magazine.