From one that began life as the headquarters for a rye whiskey distillery to one that was the family home of one of the first Philly mayors. 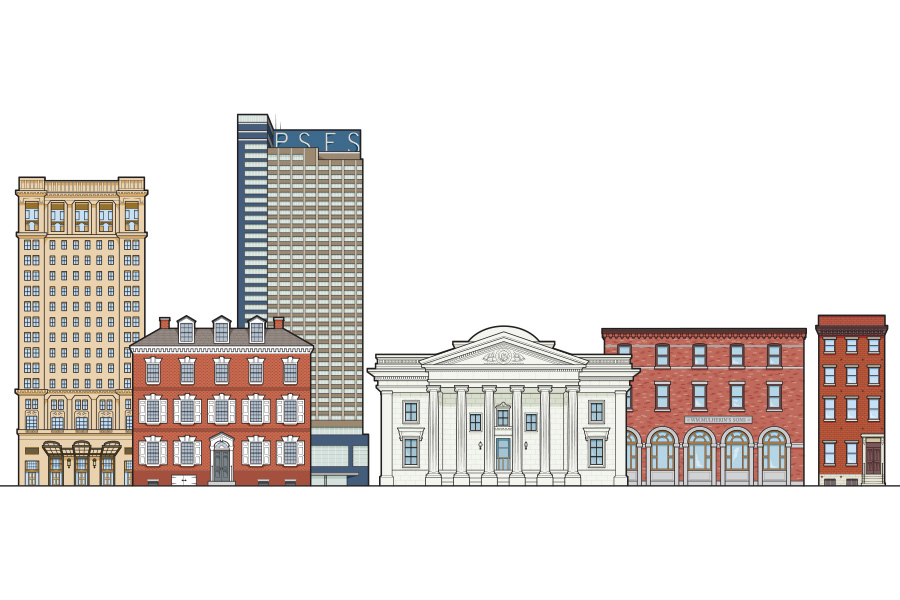 These six historic hotels in Philadelphia have stories to tell. Illustration by Brown Bird Design

Originally designed as the City Hall Annex, the building dates back to 1926. It was where Philadelphians went to get the city’s official seal of approval for a marriage or business venture.

Built in 1787, this colonial-style structure began life as a private home that belonged to the family of Anthony Morris, one of the first mayors of Philadelphia.

Built in 1932 for the Philadelphia Savings Fund Society, this 33-floor behemoth was one of the first modern-style skyscrapers in the United States. (It was also one of the first to have air-conditioning.)

The hotel lobby and restaurant are housed in the former Girard Trust Company bank. Completed in 1908, it was designed to resemble the Roman Pantheon.

From 1900 into early Prohibition, this restaurant/hotel combo served as the business headquarters for a rye whiskey distillery.

Purchased in 1906 by the New Century Trust, this Victorian-era rowhome was the site of a women’s club that provided a safe space in which females could socialize, learn new skills and stay overnight through the mid-20th century.

Published as “It These Walls Could Talk …” in the hotels guide in the April 2021 issue of Philadelphia magazine.