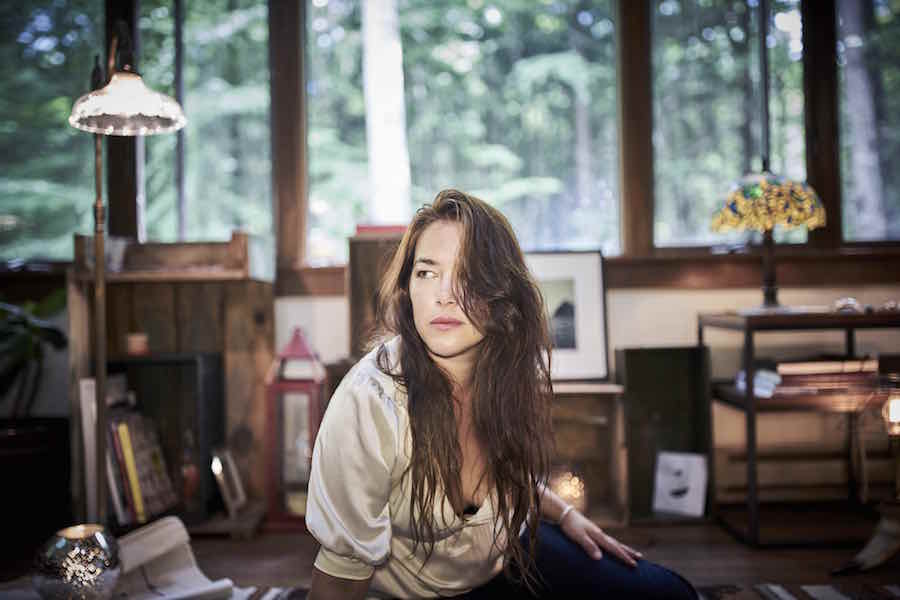 I Set My Friends On Fire @ Voltage Lounge
The Miami electro-rock weirdos are on their 10 Years of Slaughter tour. Their debut record, You Can’t Spell Slaughter Without Laughter came out a decade ago.

Stereotytans @ Underground Arts
Philly’s avengers of rock, soul, funk and metal come with their own comic-book style mythology. It’s kind of complicated, but suffice it to say they’re using music to assemble an army of demigods to fight Zeus.

Clock That Mug or Dusted @ FringeArts
Cherdonna Shinatra stars in this show that “draws on vintage feminist ideals and asks, ‘what is present day queer/drag feminism?’” Shinatra will utilize movement, paint and cake. Through Saturday, February 24.

Kiranavali Vidyasankar @ The Rotunda
The Pew grant winner will perform Carnatic vocal music (classical music from southern India) accompanied by violin and mridangam. Get lost in her Soundcloud.

The Humans @ Walnut Street Theatre
Theater critic David Fox had this to say: “Dark alleys abound in The Humans, though it’s probably fair to classify it a comedy. The set-up is almost Neil Simon-ish — a group of quirky people engage in generation-gap bickering in a New York apartment. But Karam very slyly introduces disquieting interruptions, including scenes punctuated by a constantly flushing toilet. (Shit is a recurring metaphor here.) I had wondered if the play might have lost some power since its much-acclaimed New York premiere in 2015, but quite the contrary — our current political climate has only sharpened the sense of American families working hard yet sliding inexorably into an abyss.” Read the whole review here. Runs through March 4.

Remember Sports @ Everybody Hits
This good-time indie/punk band from Philly used to just be called Sports, partly because other bands already had that name, and partly because Google. Gotta figure their unwillingness to play “Heart of Rock ’n’ Roll” was a factor as well. Get there for the openers: Tall Friend, Crooked Spine and Slow Ref.

Marie Antoinette @ Curio Theatre
Theater critic David Fox had this to say: “The amusement of Act I is almost entirely one-note, and like an elongated Saturday Night Live sketch which it in some ways resembles, it’s played out long before it stops. There’s more emotional and intellectual weight in Act II, but it’s too little, too late — and even here, mostly received wisdom about Marie Antoinette, recycled from multiple sources. Adjmi brings theatrical showmanship to the table, but not much else. Still, the Curio company delivers a strong production, featuring a fine ensemble (Rich Bradford, Jessica DalCanton, Twoey Truong, and Liam Mulshine in multiple roles — Brian McCann excellent as King Louis.) As Marie, Jennifer Summerfield does well with the glassy artifice and bite that characterize her early on, but is less effective in the later, more serious moments.” Read the whole review here. Runs through March 10.

Chief Keef @ Coda
The Outline recently did an enlightening piece on Chief Keef that’s worth your time, putting the Chicago rapper’s career in context, referencing Obama, Kanye, Rihanna, a long list of emulators and scores of critics. “As Ta-Nehisi Coates would put it, Chicago became ‘code for black people’ — a deceptive racist shorthand, a method of creating an undifferentiated mass of uber-violent criminals against whom America could define itself. It wasn’t just the political right who bought into this idea; they might see Keef as a ‘monster,’ but he was as dehumanized by a consensus view that saw him as a product of forces beyond his control.”

Kid Rock @ Wells Fargo Center
I couldn’t think of a something nice to say about Jeff Dunham last week, so I ignored his Philly show altogether. As for Kid Rock, well, at least he’s not Jeff Dunham.

Plastic Cup Boyz @ Punchline
This three-man comedy team — Joey Wells, Will “Spank” Horton and Na’im Lynn — toured with Kevin Hart and has a done a bunch of videos for Comedy Central. Through Saturday, February 24.

Vieux Farka Touré @ World Cafe Live
The Malian guitarist draws on a world full of influences for his dreamy, complicated rock sound. Let’s pretend this is a song about getting ordering a roasted veggie shorti:

Mark Normand @ Helium
NYC standup Mark Normand co-hosts the Tuesdays with Stories podcast. He also made appearances on Horace and Pete and Inside Amy Schumer. Through Sunday.

Time Remembered @ Idiopathic Ridiculopathy Consortium
Theater critic David Fox had this to say: “Style. I sometimes think it’s the rarest element in the theater, and the most precious. Fortunately for Philadelphia, Idiopathic Ridiculopathy Consortium and its artistic director, Tina Brock, are masters of style — with a special affinity for absurdism, which they understand to be not one thing, but a spectrum. Here, in Jean Anouilh’s Time Remembered, Jack Tamburri directs with verve, and Brock herself is acting — a delectable performance as the grandly eccentric Duchess of Pont-du-Bronc. But the mastery of style is everywhere, in a little jewel of an evening that is at once wistful, wry, and deeply touching. Perhaps more than anything, the play (the original title is Léocadia) is very, very French, a sensibility that IRC understands so well. After all, as Parisians especially love to remind us — without style, you’re nothing.” Read the whole review here. Runs through March 4.

Chefs: The Sizzling Kitchen Showdown @ Keswick Theater
This “comedy” show features well-built men who have to remove clothing every time they fail a cooking challenge. Is this a real fantasy people have? Because for hygienic and safety reasons, naked cooking sounds like a bad idea to me.

Love, Lies and Taxidermy @ Drake Theatre
Tom Reing directs this Inis Nua production of the play by Alan Harris. Theater critic David Fox had this to say: “Harris’s play is virtuosic and high-energy, packing an astonishing amount of detail in a breathlessly-paced single act. To facilitate this, all three actors play multiple roles. Also, they sometimes act as narrators — that’s not a favorite device of mine, but it works well in Love, Lies and Taxidermy, and also resonates with a secondary theme: Valentyn’s love of cinema. For the most part, the playwright shuttles us back and forth — across time periods, plotlines, and tone — with tremendous panache and skill.” Read the whole review here. Runs through March 4.

Taggart @ Johnny Brenda’s
The “alt” tag makes me suspicious but this veteran Philly band has earned it, with two decades of playing the sort of jangly, thrift-store t-shirt rock that would’ve fit nicely on a college radio playlist circa 1990. “I paid my dues in mostly empty rooms,” sings Pete Denton on the backward-glancing “Infinite Space.” “Sing my tunes however I choose / Do you dig my blues?” He and his brother Steve share lead vocal duties, and everybody else sings backup. Taggart has chops for days, and they show them off with skill and good humor on the new L’Maskin. (Also on the bill: KeN and Kevin.)

Two Piece Fest XI @ The Rotunda
This festival of musical duos is a post-Valentine’s Day tradition going on 11 years. Performers include Scream Team, Tiffany’s House, Honey Tiger and tons more. Never heard of any of them? No problem. Here’s a playlist:

Demetri Martin @ Keswick Theater
The NYC comedian — and host of the late, lamented Comedy Central show Important Things — is on his Let’s Get Awkward Tour.

Hurry @ Everybody Hits
Never heard a Hurry song I didn’t like. Known for their spirited live shows, the Philly trio celebrates the release of Every Little Thought. (Also on the bill: Amanda X and Worriers.)

Prowler @ Ortlieb’s
The “spaced-out basement boogie” band from Philly was gonna drop an EP at this show but they’ve got too much good stuff. So stay tuned for a full-length record

Benefit For Living Beyond Breast Cancer @ World Cafe Live
A night of good music for a good cause featuring the Miners, Solar Plexus and owners of this week’s Best Band Name, Ballard Spahr Galactica.

Sitcom @ Space 1026
Sitcom makes off-kilter, good-natured slacker-pop/R&B, with some sneaky emotional undertones. The new mixtape is called Be the One You Love. (Also on the bill: Orion Sun, Dirty Bodies, Osagie and Baby.com.)

Maceo Parker @ Ardmore Music Hall
Parker is a funk and jazz legend who’s play with James Brown and George Clinton, among others. He recently played a Ray Charles tribute, so maybe you’ll hear some of that.